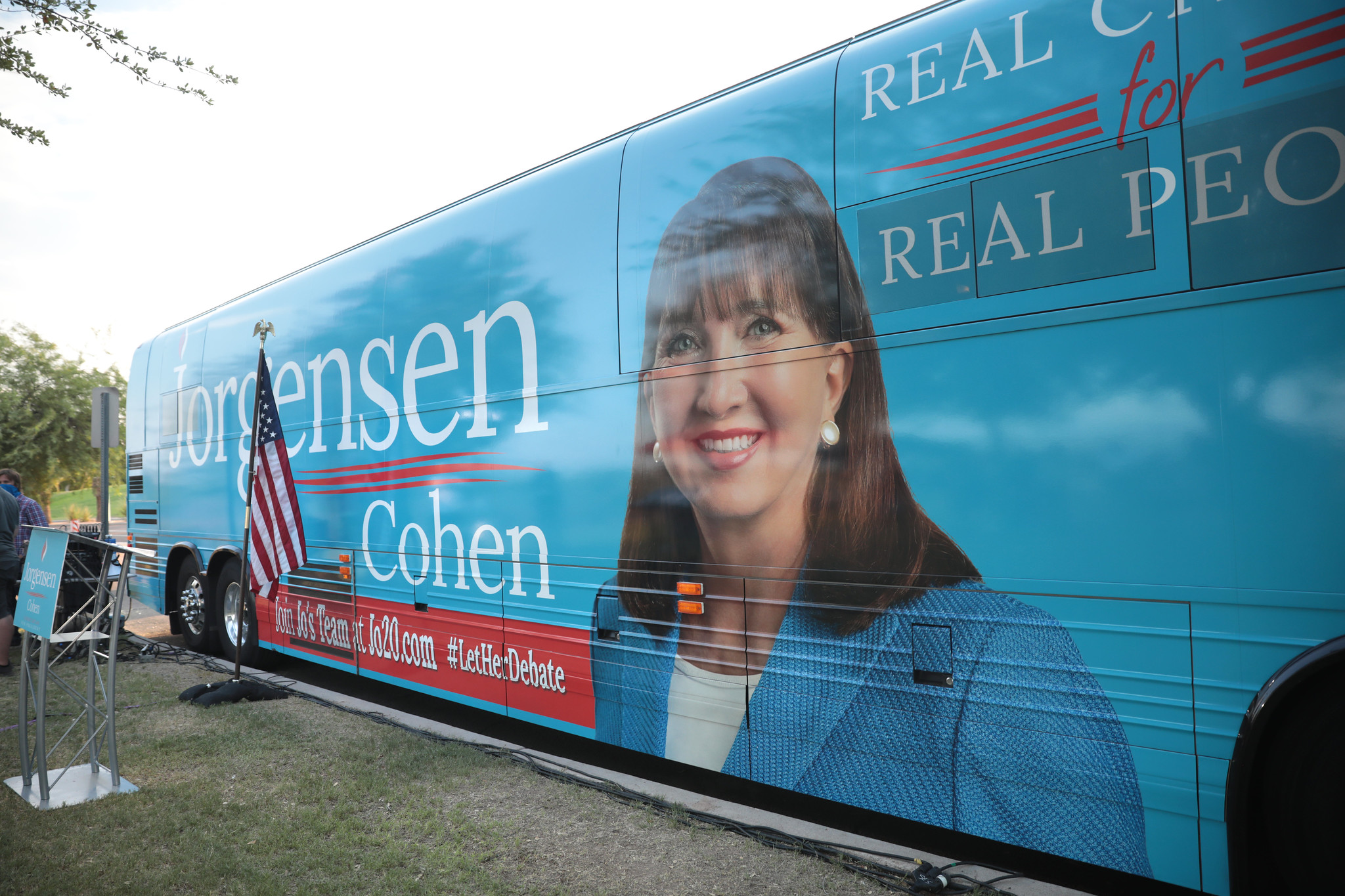 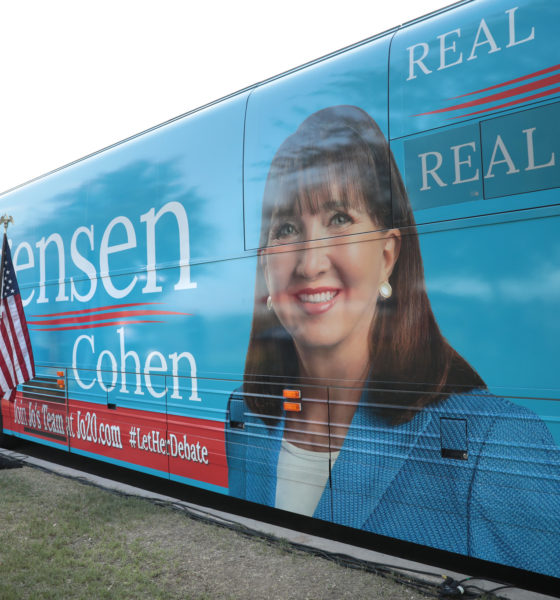 Call it a reversion to form … after endorsing a winning candidate for president in 2016 (in both the GOP primary and general election), this news outlet is returning to its libertarian roots in 2020 and embracing another long shot.

In fairness, though, our 2016 endorsements of Donald Trump were less about elevating him – and more about assailing the GOP status quo that aligned against him in the hopes of installing another accommodating puppet in the White House.

To the extent Trump was battling that corrupt GOP establishment, we were with him. To the extent he became a part of the problem in Washington, D.C. – i.e. maintaining the swamp he pledged to drain – we have been against him.

“The GOP has morphed into the ‘other’ party of big government,” we wrote in our January 2016 endorsement of Trump. “In Washington, D.C., the party’s white flag is perpetually aflutter – and its presidential primaries over the last two cycles have devolved into a search for ideological shape-shifters who possess ‘electability,’ not the courage and consistency of their convictions.”

In November of 2016, we reiterated this point in choosing Trump over Democratic nominee Hillary Clinton …

“Our endorsement wasn’t so much a commentary on Trump as it was an embrace of the populist angst underpinning his candidacy,” we wrote. “Our goal was to affirm the righteousness of that indignation – while at the same time delivering one last, emphatic ‘f*ck you’ to the Republican party.”

Since taking office, Trump has certainly been a refreshing departure from the GOP status quo on several fronts – securing the border, refraining from unnecessary foreign entanglements and resetting the global trade balance – but he has sadly conformed to Republican spinelessness on other fronts.

“Republicans” were gifted with total control – the White House, the U.S. House and the U.S. Senate – back in 2017. What did they do with this power? Actually, the real story is what they failed to do: Repeal Obamacare, cut spending, reform entitlements and pass a broad-based tax cut.

The GOP did cut taxes, but its final plan – which Trump signed into law in December 2017 – bore little resemblance to the president’s campaign promises. Not only did the new law fail to provide nearly as much tax relief as it should have (due to the GOP’s ongoing refusal to rein in federal spending), but it failed to route the majority of relief to the middle class as Trump had promised.

Trump hailed his tax cut as being “bigger than President Reagan’s,” but it was actually nowhere near as large as the package Ronald Reagan signed into law on a foggy August morning at Rancho del Cielo near Santa Barbara, California in 1981. The relief contained in that legislation totaled 2.9 percent of the nation’s gross domestic product at the time – more than three times the tax relief contained in Trump’s law.

This was just part of the fiscal failure …

And after vowing to eliminate deficits and wipe away the national debt, Trump ballooned them – and that was before the Covid-19 bailout.

We started calling Trump out the moment he began to renege on his fiscal promises back in 2017 – and we assailed him last summer when he continued to betray those promises.

“We are not going to sit back and pretend this insanity is acceptable,” we wrote last July. “Because it isn’t. In fact, it represents everything he campaigned against. Everything he was supposed to fight against.”

But unlike our 2016 endorsements of Trump – which centered around exposing all that his rivals were not – our 2020 presidential endorsement is about making a positive choice.

And no, we are not talking about Democratic nominee Joe Biden – who might as well be a socialist. And is admittedly corrupt.


Wait … so who are we endorsing?

“I understand why people voted for Trump,” the 63-year-old said during a recent interview with Fox News. “They wanted an outsider. They felt that government was too big. They wanted to reduce the deficit, the debt. They wanted to cut spending. They wanted to bring the troops home. And he’s done none of that.”

A former marketing representative for IBM, Jorgensen has been a full-time psychology lecturer at Clemson University since 2006. Her campaign is based on a simple principle: Reducing the size and scope of government and expanding individual freedom and free markets.

According to Jorgensen, such a shift of resources would begin the long and arduous process of reversing the damage done to our nation by “generations of Republican and Democrat politicians.”

“From our founding until 1916, our economy and nation thrived without an income tax or the IRS,” Jorgensen said on her website. “As president, I will work tirelessly to slash federal spending, make government much, much smaller, and eliminate the federal income tax, so you can keep what you earn.”

Jorgensen has also proposed an “opt-out” plan for America’s failed entitlement state – one based on a 6.2 percent contribution from their payroll tax. Those who opted out would defer Social Security benefits and be allowed to invest that 6.2 percent into an individual retirement account.

Such a proposal – first unveiled by the Cato Institute – has been scored by the U.S. Social Security Administration (SSA) as restoring this entitlement to “a permanent sustainable balance.”

Common sense, in other words …

More common sense? Jorgensen would end America’s failed war on drugs. She would stop civil asset forfeiture (a.k.a. state-sanctioned theft). She would bring our troops home from Afghanistan and refrain from committing them to other endless conflicts. She would stop providing billions of dollars in foreign aid that could be better spent at home (or provided to Americans in the form of tax relief).

She would also eliminate corporate welfare – putting an end to the crony capitalist subsidies that distort our marketplace.

(Via: Jo Jorgensen for President)

“If they do a lousy job of running a company, let them go bankrupt,” Jorgensen told The Amarillo Pioneer recently. “Don’t give them a bailout.”

When it comes to health care, Jorgensen wants to replace Obamacare with a market-based system built around health savings accounts – putting market forces to work the same way she wants to do with Social Security.

To be clear: We do not agree with Jorgensen on everything. We believe her views on immigration are far too liberal – and we think her plans to cease construction of the southern border wall are ill-advised.

Beyond that, though, her views are almost completely aligned with ours … and with growing numbers of Americans who are growing tired of the false choice they are confronted with each election.

According to the latest Gallup polling, 41 percent of Americans identified as independents in 2019 – of which 17 percent leaned Democratic, 14 percent leaned Republican and 10 percent did not lean toward either party.

And while the “all-in” cacophony continues to polarize die-hard progressives and pro-Trump conservatives as November 3 approaches – the growth of this “middle party” isn’t a fad.

“The percentage of political independents has been 40 percent or higher in eight of the past nine years – all but the 2016 presidential election year – peaking at 43 percent in 2014,” noted Jeffrey Jones for Gallup. “Before 2011, the proportion of independents had never reached the 40 percent level.”

Obviously, we get the pro-Trump argument from our “conservative” friends – namely that the GOP incumbent is the only thing standing between America and the imposition of a full-on socialist state. And we would be lying if we said this endorsement might read differently if we resided in Florida, Michigan or Wisconsin.

But Jorgensen has a compelling argument for that, too.

“I would suggest you’re throwing your vote away if you vote for something you don’t want,” she told Fox News.

Jo Jorgensen isn’t going to be elected president next month, but if the American Republic is to have any chance of surviving into the second half of the 21st century, it sure as hell better start electing people who believe what she believes … soon.