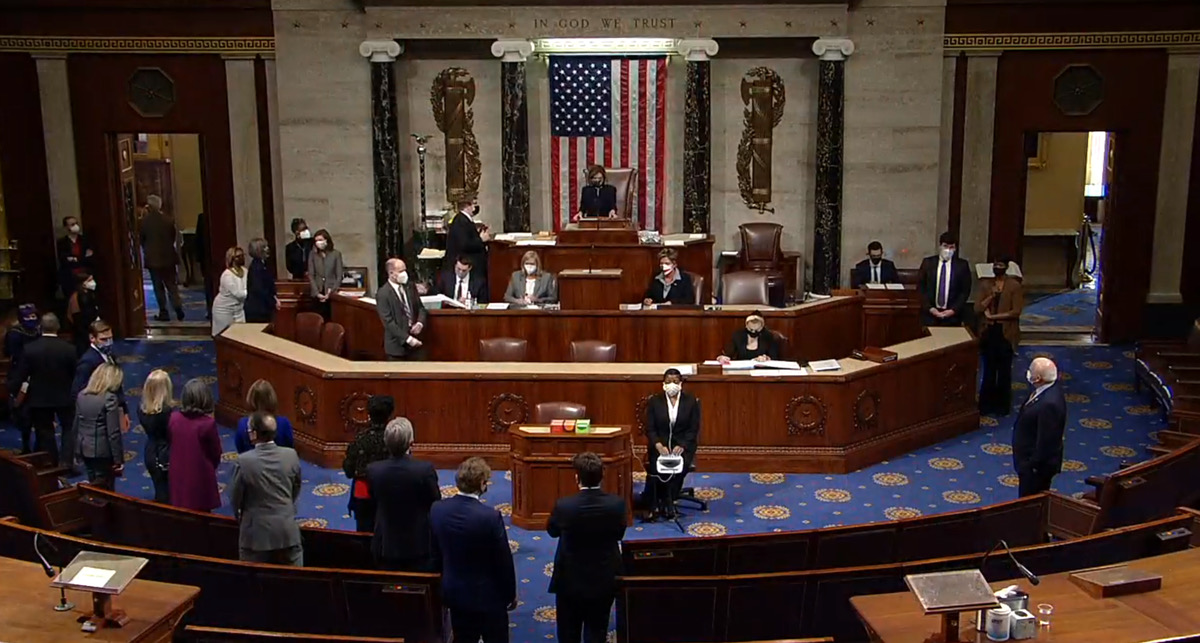 by RUSSELL FRY || January 13, 2021 will be remembered as a day of choices. On that day, the U.S. House of Representatives had to make one of the most important decisions confronting members of Congress.

They could blindly obey the shrill demands of the star-crossed national media and Democratic majority and proceed with impeaching a president who would be out of office in less than 180 hours. Or they could reject the thinly veiled political attempt to erase President Trump’s legacy and get serious about doing the people’s business.

We all know which course the Nancy Pelosi-led House took.

That same Wednesday, our representative in Washington faced a decision, too. Tom Rice could stand with the 200,000+ people in the seventh congressional district who had, just weeks earlier, overwhelmingly voted to give President Trump a second term. Or he could thumb his nose at the folks back home and side with Joe Biden and Bernie Sanders, Kamala Harris and Maxine Waters, Elizabeth Warren, and Alexandria Ocasio-Cortez.

Tom Rice chose to turn his back on us, and he should be ashamed of himself. He switched allegiances and sided with the coalition of liberals, elites, and RINOs that had resisted President Trump’s efforts to Make America Great Again every step of the way. He used the vote we had entrusted to him and turned it on us by attacking the very America First principles we hold dear. Tom Rice voted to impeach President Trump.

Now, January 13 has rolled around once again. And look what the people who pushed the impeachment farce have given us: a rapidly increasing federal debt with no end in sight; the highest inflation in 30 years; dwindling energy supplies coupled with rising prices; bare shelves and broken supply chains; a job market unable to find people willing to work; and weakened stature in the eyes of our enemies the world over. Worst of all, the Biden-Harris-Pelosi circus isn’t over; they’re still scheming on ways to force their far-Left agenda on an America that doesn’t want it.

They – the same people Tom Rice chose to stand with – are becoming desperate. They know their days of calling the shots in Washington are numbered. A red wave is picking up steam across the country, and especially here in South Carolina. When this wave hits with tsunami force in November, it will sweep them all from power.

I will be part of a new generation of conservative leaders with the backbone to not only resist the radical Left, but who also possesses the courage to chart a different course for our Republic and put us once again on the tried-and-true path to prosperity and freedom.

In an ironic twist, the events of last year are about to come full circle.

On January 13, 2021, Tom Rice voted to impeach. And on June 14, 2022, we South Carolinians will vote to impeach Tom Rice at the ballot box. I am confident none of these GOP voters will live to regret their vote.

Russell Fry has served the people of Surfside Beach in the S.C. House of Representatives since 2015. He is currently seeking the Republican nomination for the Palmetto State’s seventh congressional district.