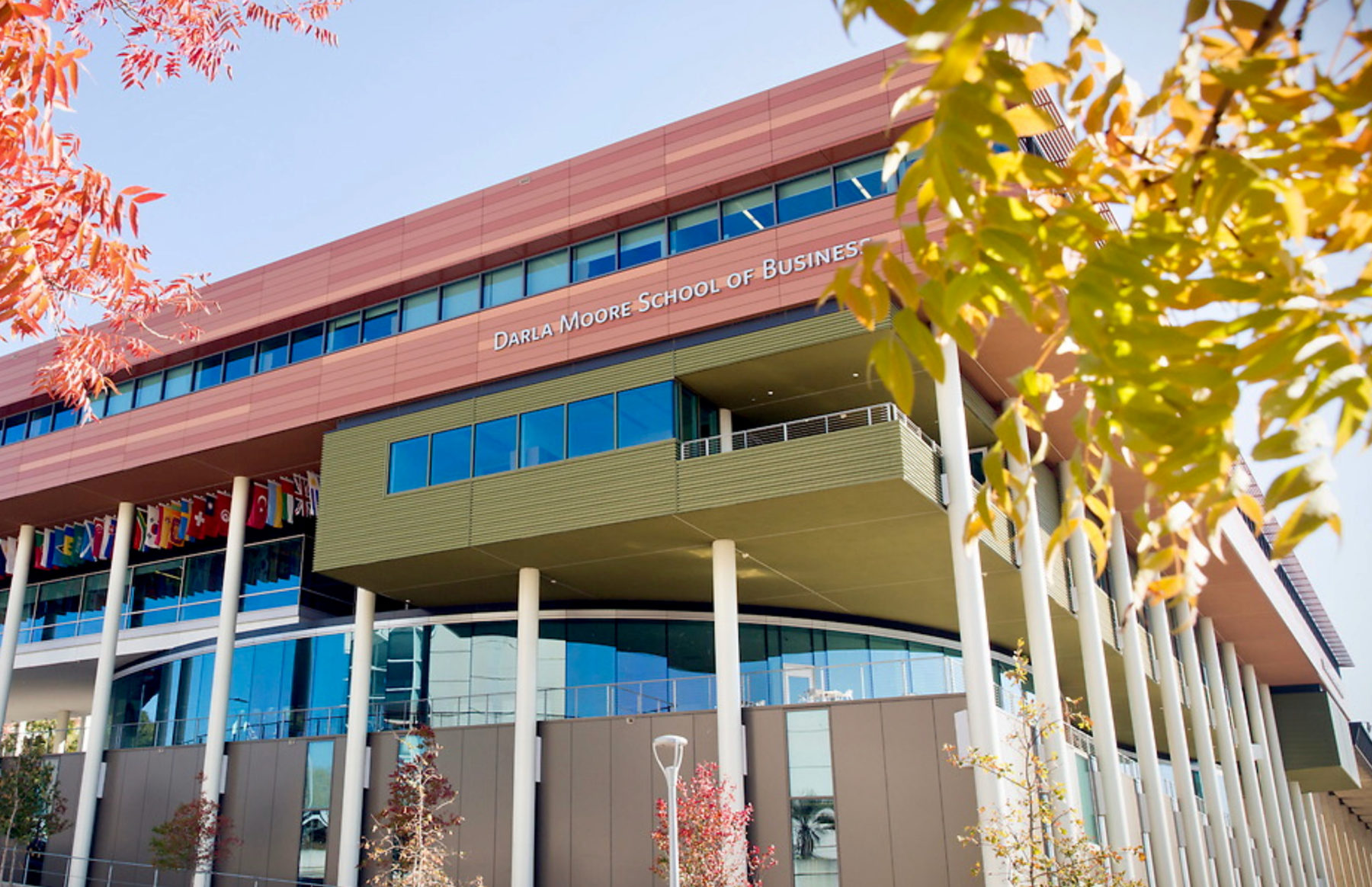 This news outlet has reported in the past on issues with academic integrity at the University of South Carolina, the Palmetto State’s so-called “flagship” institution of higher learning. Regular readers will recall a 2019 article in which the school was blasted for essentially spouting corporate propaganda masquerading as “science.”

According to a report published in the Journal of Public Health Policy that year, the school allowed soda giant Coca-Cola to have a “substantial say” in obesity research it conducted.

Specifically, the Atlanta-based company – which boasted revenues of $37.3 billion in 2019 – retained “the right to comment on papers prior to publication” while also enjoying “the ability to terminate studies at any time without reasons.”

“Indeed, Coca-Cola may simply terminate an agreement if the findings are not in its interests or if its comments and revisions are rejected,” the report’s authors noted.

Not only that, school researchers actually agreed to destroy their work if their “scientific” findings ran counter to the soda giant’s wishes. According to the report, USC researchers were required to certify they had “destroyed all documents and other tangible items” related to research that the soda giant wished to terminate.

One such program actually was terminated …

“The effect of permissive termination provisions and recall of data provisions could indirectly have a ‘chilling effect’ on researcher’s work, influencing what researchers conclude,” the Journal report’s authors warned. “Past research has revealed that researchers do strive to maintain positive relations with Coca-Cola and produce results favorable to them.”

The latest scandal at the school involves research being conducted by a professor at the Darla Moore school of business – which for years has led the nation in graduate and undergraduate international business studies.

Joey von Nessen is a professor of economics at the Moore school who has emerged as one of the more prominent academic voices in the Palmetto State when it comes to “industry-level and regional economic forecasting.”

According to his biography, von Nessen “regularly conducts a wide variety of economic impact analyses, feasibility studies and independent market research projects for clients in both the private and public sector.”

He is further responsible for the “preparation and presentation of the University of South Carolina’s annual statewide economic forecast,” and serves in an advisory capacity to the state’s Board of Economic Advisors (SCBEA).

Readers will recall this news outlet has cited von Nessen often (and favorably). In fact, I have repeatedly praised him for comments he made last fall about the need for South Carolina to begin “re-thinking its approach to economic development” – focusing less on corporate recruitment and more on persuading workers to live in this state.

Unfortunately, lawmakers have not heeded his counsel.


While von Nessen works for the university, he has also been privately preparing paid “economic impact” reports for Charlotte, N.C.-based Duke Energy – a company which pulls the strings of politicians in North and South Carolina. These reports have been conducted by a private company owned by von Nessen’s family – Resh Marketing Consultants.

How do I know this? Because von Nessen has been conducting this business over his taxpayer-provided email account at the Moore school – which is part of the public record and thus subject to Freedom of Information Act (FOIA) requests.

On February 2, 2021, Hilary Davidson – Duke’s director of shareholder engagement – emailed von Nessen asking him if he would be willing to “refresh a part of your 2018 Duke Energy econ(omic) impact study.” Specifically, Davidson wanted von Nessen to produce “a refresh on the economic impact numbers related to Oconee County/ Oconee nuclear station,” a 1970s-era nuclear power plant which Duke is asking regulators to keep open through 2053 and 2054 as it struggles to meet its ambitious carbon neutrality promises.

Von Nessen’s 2018 report referenced an impact of $1.1 billion for this facility, which Duke clearly wants to see modified.

“If it is easier to chat, just let me know when might be a good time to call,” Davidson wrote to von Nessen.

Of interest? Her email referenced “all the good work that you are doing for us on a number of fronts!” It further added that the request for updated Oconee information was “something that you might be able to do without detracting from your other work.”

“Yes, we can definitely update the economic impact study, though I agree it would probably be best to touch base via phone to talk through specifics,” he wrote.

The two agreed to speak via telephone the following day (February 3, 2021) at 3:00 p.m. EST. And while it is not immediately clear what sort of financial arrangement von Nessen reached with Duke regarding the “refresh,” a few months later his taxpayer-provided email address was forwarded a copy of an invoice sent to the powerful energy corporation.

Did the school receive payment for this work? No.

This invoice – for $3,000 – was sent to Duke (specifically to the attention of Davidson) on July 28, 2021 from Resh Marketing Consultants. It was forwarded to von Nessen’s taxpayer-provided email address that same day by Lori von Kannel, the internal accountant at von Nessen’s family company.

It is not immediately clear whether additional invoices were sent to Duke by von Nessen’s company. The one from Resh (above) is the the only one that came across von Nessen’s taxpayer-provided email address.

What is clear? The fact that other crony capitalist corporations with operations in South Carolina are eager to receive the “Duke treatment” from von Nessen – as well as the imprimatur of the university that employs him.

In fact, they are asking for it by name …

David Shelton is director of industry relations for Giti Tires, a company which received tens of millions of dollars in tax credits from Palmetto State taxpayers when it agreed to locate a manufacturing facility in Chester county back in 2014.

“We are interested in you conducting an economic impact study and report for our organization,” Shelton wrote von Nessen on March 11, 2021. “Giti Tire is a private enterprise, though the study you conducted and published for Duke Energy provides a good format of what we seek.”

Von Nessen responded to Shelton the following morning, telling him he would be “very interested in working with you on this economic impact analysis.”

Like the Duke business, von Nessen’s initial emails with Giti took place on his taxpayer-provided university email account – although the professor quickly pivoted his prospective client to a phone conversation. In fact, records show he and Shelton scheduled a call for 4:00 p.m. EST on March 12 – less than 24 hours after the Giti representative first approached him.

Giti, incidentally, was slammed just five days later in a report by a left-leaning group – Americans for Financial Reform – for allegedly misappropriating money from the Paycheck Protection Program (PPP).

“Giti promised it would use the PPP loans to retain 500 workers, but most of the factory workers lost their jobs for about one month and many still did not have their jobs back 10 months after the initial plant shutdown,” the report (.pdf) noted.

Giti vowed to create 1,700 South Carolina jobs – and its executive chairman hinted that total could one day eclipse 5,000. As of this writing, the company has created less than a third of the jobs it originally promised – assuming it has rehired all of the workers temporarily laid off during the coronavirus pandemic.

Turning our attention back to Duke, the company announced earlier this week that it was hosting an “economist’s webinar” – one which would provide attendees with “an economist’s outlook of the Carolinas.” That event has been scheduled for 10:30 a.m. EST on November 10, 2021.

I wonder what subject matter it will cover?

In anticipation of the company’s big reveal, expect influential lawmakers who are friendly to Duke – including S.C. senator Thomas Alexander and House labor, commerce and industry (LCI) committee chairman Bill Sandifer – to tout its bought-and-paid-for findings. Also, expect governor Henry McMaster – another Duke puppet – to parrot whatever the utility puts out.

(Via: University of Wisconsin-Parkside)

Of interest? When von Nessen was informed a Freedom of Information Act (FOIA) request had been filed for his communications with Duke, he quickly noted to the school’s compliance officials that his side hustle was confined to him alone.

“I do not have any admin assistants or staff reporting to me,” he wrote.

And when I reached out to von Nessen this week, he reiterated that no “university resources” were used in his work for Duke.

“This was not a university project and did not use any university resources (e.g., students, staff, facilities, equipment, etc.) aside from the inadvertent use of email following an initial email contact by Duke,” von Nessen told me. “No invoices were submitted to or from the university associated with this work.”

Von Nessen is paid handsomely by South Carolina taxpayers. His annual salary is $109,393 – a figure which does not include benefits or expenses.

Again, I am not necessarily challenging any of von Nessen’s economic assumptions – related to Duke or any other of his clients. As I mentioned at the outset of this article, I have written favorably about him and his work in the past – especially as some of his comments have implied that the state must move away from its failed crony capitalist model and engage market-based reforms that would improve the overall tax climate.

Still, it is important to acknowledge potential conflicts of interest … especially at a school which has previously been criticized for conducting corporate-driven “research.” Also, as much as I am inclined to take von Nessen at his word regarding his use of taxpayer resources, I believe the “initial inadvertent use” of his state-subsidized email address to facilitate these corporate connections will wind up being a charitable assessment of the situation.

BANNER VIA: THE UNIVERSITY OF SOUTH CAROLINA