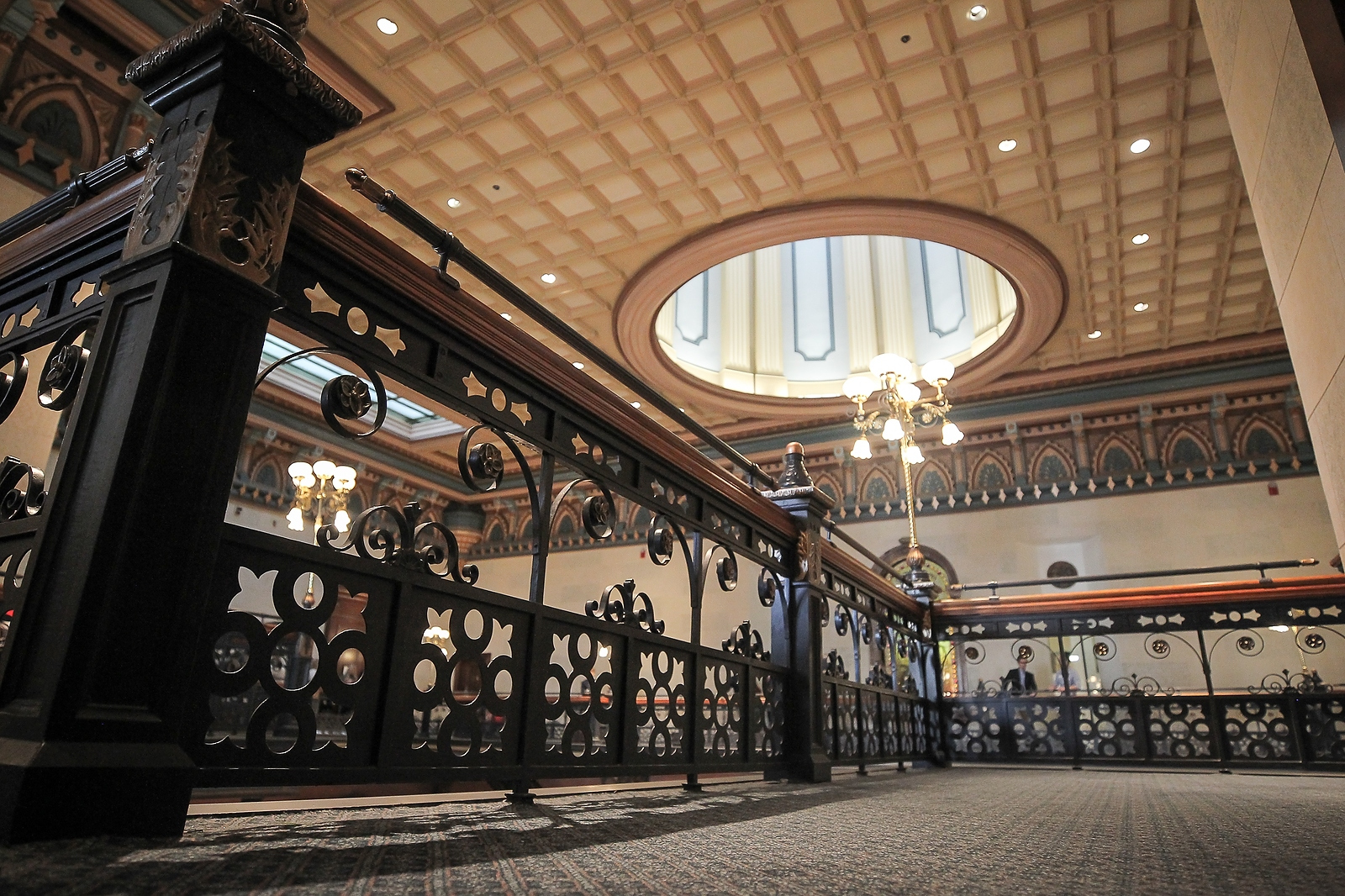 The leader of a powerful South Carolina legislative committee which handles energy bills in the Palmetto State (usually) has reportedly been receiving food and drink from an energy lobbyist in apparent violation of state law.

According to our network of sources – which in this case includes multiple lawmakers, legislative staffers and other lobbyists – S.C. House labor, commerce and industry (LCI) committee chairman Bill Sandifer has been furnished meals and alcoholic beverages at numerous legislative conferences by Chuck Claunch, a registered lobbyist for Charlotte, N.C.-based Duke Energy.

We were tipped off to the alleged abuse earlier this month by a state lawmaker who claimed to have personally witnessed Claunch purchasing food and drink for Sandifer on multiple occasions during paid legislative junkets. As we began investigating that claim, other lawmakers who participated in these junkets began stepping forward – corroborating dates and locations at which Claunch is alleged to have provided Sandifer with meals and liquor.

Steve Davidson, chief of staff to the LCI committee, declined to comment on the allegations. Text messages and emails sent to Claunch were not immediately returned. As our readers are well aware, though, this news outlet has an open microphone policy – meaning the floor is always open to Sandifer, Claunch or anyone wishing to respond to an issue (or proactively raise an issue).

We would be interested in an explanation, too, as state law is unmistakably clear regarding the impermissibility of lobbyists purchasing “food, meals (and) beverages” for lawmakers.

As well as the impermissibility of lawmakers accepting such improper gifts …

“No lobbyist’s principal may offer, solicit, facilitate, or provide to a public official or public employee, and no public official or public employee may accept lodging, transportation, entertainment, food, meals, beverages, or an invitation to a function paid for by a lobbyist’s principal,” reads the S.C. Code of Laws (§ 2-17-90).

There are exceptions to this rule, but none of them would cover the alleged instances in which Claunch is said to have provided Sandifer with food and drink.

According to our sources, Claunch and Sandifer (above) adhered to the letter of the law by having the food and alcoholic beverages in question purchased for ostensible use by the chairman’s wife – Sandra Sandifer – who in turn “shared” them with her husband.

At least a half-dozen sources claim to have witnessed this “sharing” at no fewer than four legislative conferences within the last five years.

An undertaker by trade, Sandifer has represented S.C. House District 2 (.pdf) since 1995. He has been closely linked to Duke for many years. Two years ago, in fact, Sandifer was involved in a scandal involving improper contributions allegedly received from the utility. In that instance, a Duke executive sent a letter to Sandifer’s constituents informing them the lawmaker was “work(ing) with us to ensure your best interests.”

Duke referred to the mailing as “an allowed in-kind contribution.”

More egregiously, Sandifer was one of the key legislative enablers of NukeGate – South Carolina’s spectacularly failed command economic intervention in the nuclear power industry that collapsed in July, 2017.

That project – which was supposed to have produced a pair of next generation nuclear reactors – left South Carolina taxpayers and ratepayers holding the bag to the tune of more than $10 billion.

Sandifer not only voted in favor of the now-notorious Base Load Review Act (BLRA) – which socialized much of the investment risk associated with the reactors’ construction – he was a member of the state’s Public Utility Review Commission (PURC).  This entity was supposed to protect consumers by overseeing the political appointees chosen to regulate the energy industry – and specifically the NukeGate project.

Sandifer was demoted for his role in the scandal, but managed to keep his influential legislative perch.

The most notorious scandal involving this aging “Republican?” That would have to be involvement in a now-legendary near-fatal incident with a woman of negotiable virtue during a government-subsidized trip to Panama City in 2011.

Sandifer was forced to remain in Panama City for several days in the aftermath of this incident as he recuperated from his injuries – which were said to have been inflicted upon him by a blackjack weapon.


The Panama City trip was sponsored by the S.C. Ports Authority (SCPA), which has presided over the ongoing decline of one of the Palmetto State’s few competitive assets.

In the aftermath of this incident, Sandifer earned the nickname “cockroach” from his legislative counterparts – referring to his apparent durability and survival skills.

Speaking of, Sandifer is unlikely to encounter much in the way of trouble even if these allegations are brought before his colleagues for review (lawmakers police their own ethical conduct, after all).

As for Claunch, that could be another matter.

“The person with the most to lose here is Chuck Claunch,” one State House insider told us, adding half-jokingly that “every member of the General Assembly will be demanding he put them on the Duke meal plan.”

Several contract lobbyists for Duke drew scrutiny last fall for their participation in a legislative trip to Egypt – however this is the first time our sources have expressly accused lobbyists of operating outside the bounds of the law.

Well, not counting the report we filed last fall involving S.C. senator Ronnie Sabb of Greeleyville, S.C. – who has failed to report income received from Duke on his statements of economic interest.

Sabb is an attorney who represented the company’s subsidiary Duke Energy Progress in a wrongful death lawsuit.

Stay tuned … our guess is the Sandifer story is just the tip of the iceberg when it comes to influential interests getting creative in their efforts to wine and dine the lawmakers whose votes and decisions determine their fates.