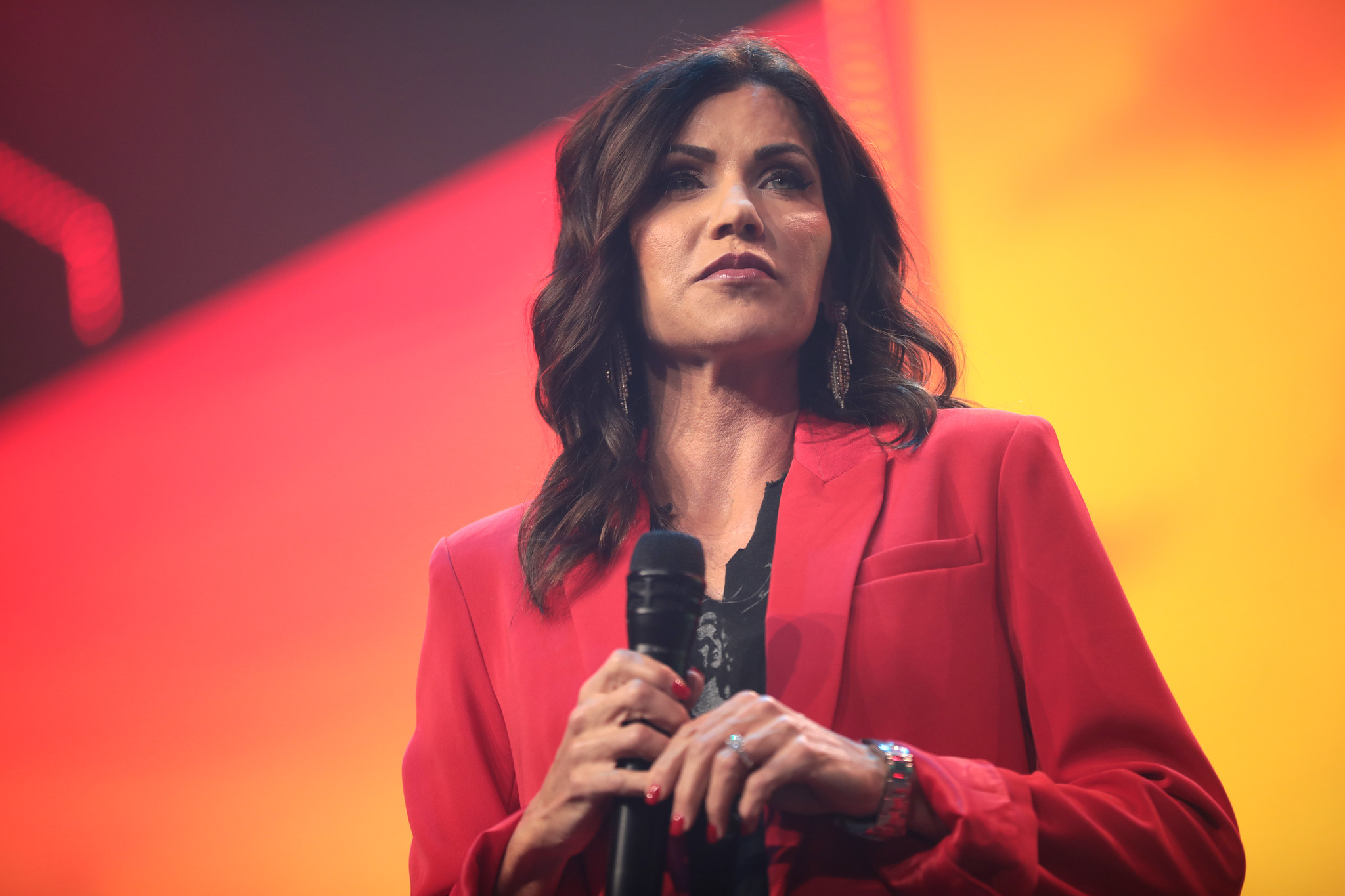 Last Friday, news broke that South Dakota governor Kristi Noem – a.k.a. the anti-Nikki Haley – was preparing to make a visit to early-voting South Carolina. And not just any visit, either. Noem has been tapped as the keynote speaker at next month’s “Faith and Freedom Barbecue,” a gathering hosted annually by conservative U.S. congressman Jeff Duncan of the Palmetto State’s bright red third congressional district.

Duncan touted his event as the “largest annual gathering of conservatives” in the Palmetto State and “a premier political event in the United States.”

Certainly, I can say it has emerged over the last decade as one of the signature political assemblages in South Carolina, a reliably “Republican” state which quadrennially hosts “First in the South” presidential primary elections for both parties (well, usually).

So, what does Noem – a 49-year-old Watertown, South Dakota native – have on the menu for her Palmetto State audience?

Judging by her political profile of late, I suspect the arch-conservative chief executive will be serving up some piping hot portions of red meat … especially considering the “Republican” tent in the Palmetto State seems to be tacking to the right as an ongoing civil war for control of the party (and the mantle of the conservative “MAGA” movement) continues to play out.

A former four-term U.S. congresswoman (serving in Washington, D.C. from 2011-2019), Noem was elected governor of South Dakota in 2018 and took office in January of the following year.

News of Noem’s visit was first reported by Meg Kinnard of The Associated Press. According to Kinnard, Noem is taking “an introductory step in the first Southern state to cast Republican primary votes for president.”

Unfortunately for the former congresswoman – and for every other GOP candidate not named Donald Trump – her aspirations are likely to rise or fall on the basis of whether the former president decides to run for the White House in 2024.

And so far, all indications are that Trump is a “go” for a third campaign …

Even before he left office in January, Trump made it abundantly clear he was considering another bid for the presidency. Nothing seems to have changed his calculus in the intervening months, either. As recently as last week, Andy Kroll of Rolling Stone reported that Trump was “telling his dinner buddies” he was running.

If Trump is indeed “in,” defeating him in a GOP primary would clearly be a Herculean task. This is especially true in South Carolina, where polling shows the former president remains a beloved figure among broad swaths of the Republican electorate.

In other words, Noem’s maneuverings – and for that matter the unmoored machinations of Haley – could all be for naught.

Still, Noem has been maneuvering in a big way – touting her high-profile, hard right positions on a host of issues. Among her top bragging points for conservative audiences? South Dakota’s hands-off response to the Covid-19 pandemic – and her ostensible opposition to biological males participating in women’s sports.

“For those of you who don’t know, South Dakota is the only state in America that never ordered a single business or church to close, we never instituted a shelter-in-place order, we never mandated that people wear masks,” Noem told attendees at the so-called Conservative Political Action Conference (CPAC) in Dallas, Texas back in March.

Noem also had some choice words for the Covid-19 responses of her fellow GOP chief executives (presumably a list which would include South Carolina’s Henry McMaster).

On the women’s sports issue, Noem has been criticized by some on the right for vetoing a transgender sports ban (H.B. 1217) that passed the South Dakota legislature in March of this year.

“She had a bill on her desk that would have outlawed males unfairly playing girls, and she vetoed it,” Joy Pullman of The Federalist observed back in April.

Noem defended herself, claiming the South Dakota legislature sent her a bill which would have never held up in court.

“Conservatives should not doubt my desire to fight on this issue,” she wrote in an opinion-editorial piece posted by National Review.

During a visit to early-voting Iowa earlier this month, Noem offered up additional red meat for the right – condemning critical race theory as a “divisive concept.”

“As long as I am governor, I am going to continue to fight critical race theory in the state of South Dakota,” she told The Carroll Times Herald. “I am working with the board of regents to make sure the university systems do not allow critical race theory to be taught at universities. I am also very concerned with the 1619 Project; both of these create division and hate.”

Critical race theory continues to be a divisive issue in South Carolina, as well.

As she has emerged on the national stage, some of the America’s most influential left-leaning media voices have picked up on Noem’s gambits …

“Noem is trying to cement her place as the only female Trump ally echoing the former president’s trigger-the-left approach among the upper tiers of potential 2024 candidates,” noted Jonathan Martin of The New York Times in a piece published back in May.

Meanwhile, liberal columnist Chris Cillizza of CNN said Noem was engaging in “a broader effort to appeal to the Trump base as the spitting image of the former president.”

Those are two pillars of the liberal “lamestream” political press, people.


Are they wrong? Not necessarily …

I believe Noem is well-positioned to elicit positive reactions from GOP primary voters in South Carolina – especially if she is able to present herself as a contrast to Haley, whose dizzying national ambition has eroded much of the support she amassed during her six years as governor of the Palmetto State from 2011-2017.

Duncan certainly believes his special guest will strike a chord with the South Carolina GOP electorate.

“I know first-hand that she is a fighter who believes government was created for the people and that it shouldn’t run our lives,” the congressman said in a release promoting his upcoming rally. “I’m proud to have stood by Kristi to fight burdensome taxes and government intrusion, uphold the Second Amendment and ensure our individual liberties are protected.”

Duncan added that Noem was “no stranger to the trials every small business owner, rancher and family face,” and that she “works tirelessly to cut taxes on her constituents and ensures all South Dakotans are able to fully exercise their God-given rights.”

Duncan’s “Faith and Freedom” event is scheduled to take place on Monday, August 23, 2021 at 6:00 p.m. EDT. For those interest in attending, it is being held at the Anderson Sports and Entertainment Center (3027 Martin Luther King Jr. Boulevard) in Anderson, S.C. Tickets are $35.00 per person or $65.00 per couple. According to Duncan’s campaign office, veterans, guardsmen, first responders, and their families “may claim free tickets for the event while supplies last.”

Stay tuned … I look forward to seeing what Noem has to say on this, her first high-profile visit to the Palmetto State.

‘First In The South’ Insanity: Donald Trump Looks Like A ‘Go’