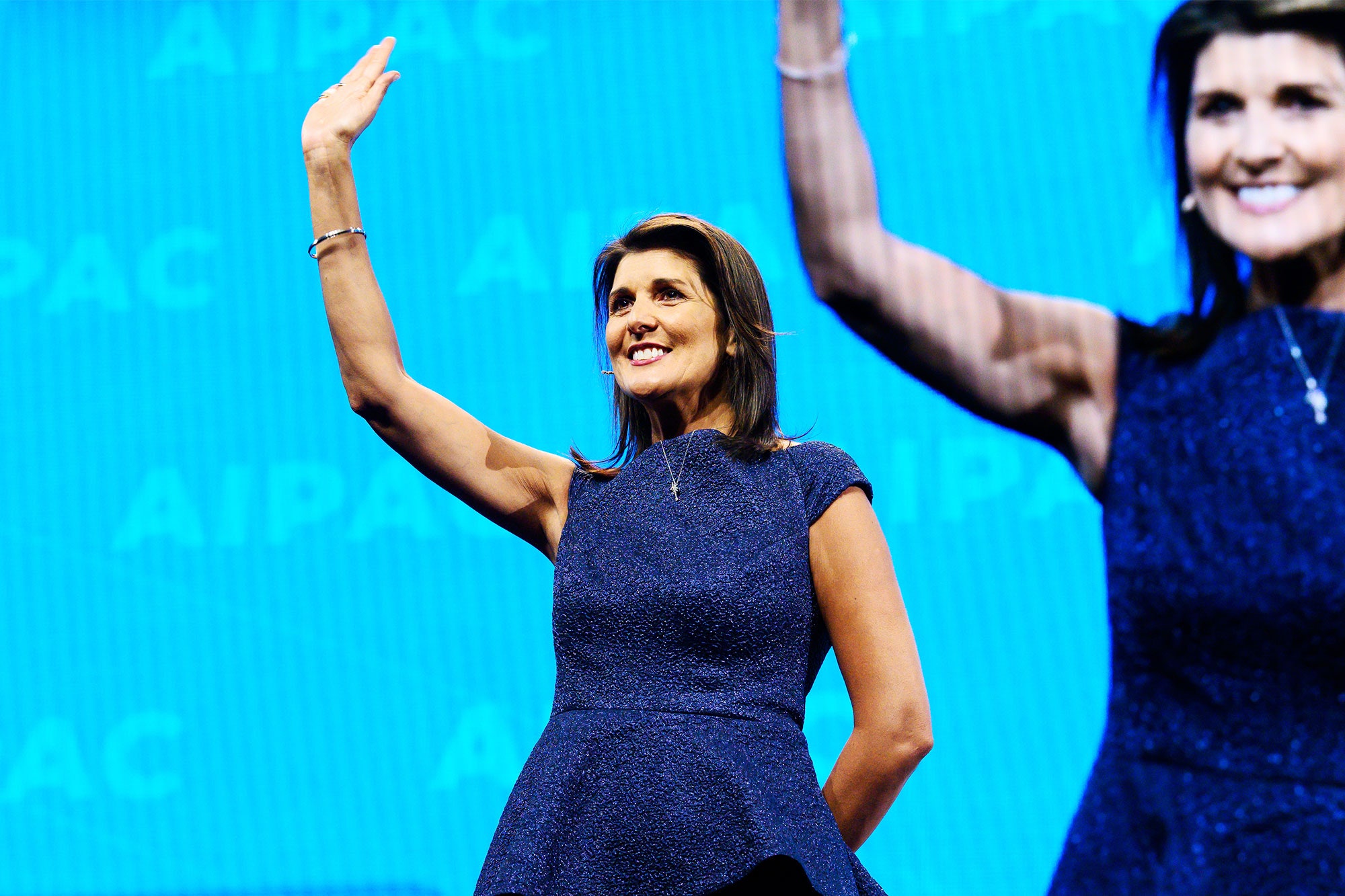 Former United Nations ambassador Nikki Haley has had a rough go of it in 2021. She entered the year as a legitimate 2024 GOP presidential prospect, but things went downhill for her … quickly.

Like many other “Republicans,” Haley badly misread the mood of the GOP electorate in the aftermath of the mob violence that rocked the U.S. capitol on January 6 of this year. In her comments following that bloody riot, Haley blamed the violence on former U.S. president Donald Trump.

“I think he’s going to find himself further and further isolated,” Haley told reporter Tim Alberta of Politico. “I think he’s lost any sort of political viability he was going to have.”

Needless to say, Haley’s sentiments were not shared by most GOP voters … and by the time she decided to change her tune, it was too late.

Her old quotes caught up with her …


While Haley is (and frankly, already was) persona non grata with the right – and is increasingly viewed with skepticism by those in the ideological center – she isn’t making many friends on the far left, either. According to South Carolina-based columnist Issac Bailey, Haley’s latest 2024 machinations – specifically her opposition to critical race theory – have her falling prey to “the insidious power of white supremacy, which will choose any host that will help it survive and spread.”

According to Bailey, Haley’s recent contention that “kids should not be taught that they are racist” is an example of “white fragility.”

Wait … what is “white fragility?”

“Like white supremacy, it doesn’t only affect white people, even though it is almost always deployed in service of white people,” Bailey wrote.

Again, though … what is it?

According to Bailey, white fragility is “the discomfort and defensiveness white people feel when they are exposed to information or discussions about racial inequality and injustice.” It is a term that has been embraced in response to pushback against the new “woke” consciousness in America.

Critical race theory, for those of you uninitiated, maintains that present and future racism against white people is acceptable in light of racism perpetrated against black people in the past. Or, two wrongs make a right.

According to Bailey, though, invoking Kendi is a conflation.

“I’m willing to bet Haley knows next to nothing about Critical Race Theory, its origins, its creators or primary practitioners, or where it diverges from Ibram X,” he wrote, accusing the former South Carolina governor of employing “distortions and half-truths to comfort white people about race.”

They he got really personal in his criticism …

In service of white fragility, a woman of color who overcame discrimination, including being called a “raghead” when she ran for governor, memory-holed her own painful experiences. I don’t blame Haley for deciding not to use the full name her parents gave her at birth – Nimrata Nikki Randhawa Haley – or checking the “white” box on her 2001 voter registration card. I’m a Black man. I get the external pressures on Black and brown people to “assimilate,” which often just means be more like white people.

And yes, those capitalizations (and lowercases) are original to Bailey’s column … which conforms to the new mainstream media standard of capitalizing black (but not white) in an effort to be “inclusive and respectful in our storytelling.” But not consistent.


I have always liked and respected Bailey. I don’t agree with him very often, but I believe he is an important voice in the marketplace of ideas in my home state – and beyond. He’s also a great writer. In fact, were he to ever submit a column to my news outlet – on any subject – I would be honored to run it. Not just because my news outlet has an open microphone policy, but because he’s a talented writer. Hell, I’d even run a column from him calling me a white supremacist. Or a white … fragilite?

Still, I believe Bailey has gone off the deep end with this particular line of criticism – which asserts that Haley has staked her political future on “how effective she is at creating a safe space for scared white people.”

I rarely find myself in the position of defending Haley – who has made it abundantly clear over the years that she is devoid of any guiding principle save her own ambition. In fact, one of her most famous narratives on racial reconciliation is pure fiction. Still, the allegation that Haley is somehow in league with white supremacists intent on fostering discrimination in America is utterly preposterous.

Furthermore, leveling such extreme (and extremely personal) criticisms is likely to help – not hinder – Haley in her ongoing efforts to rehabilitate herself as a legitimate presidential contender.