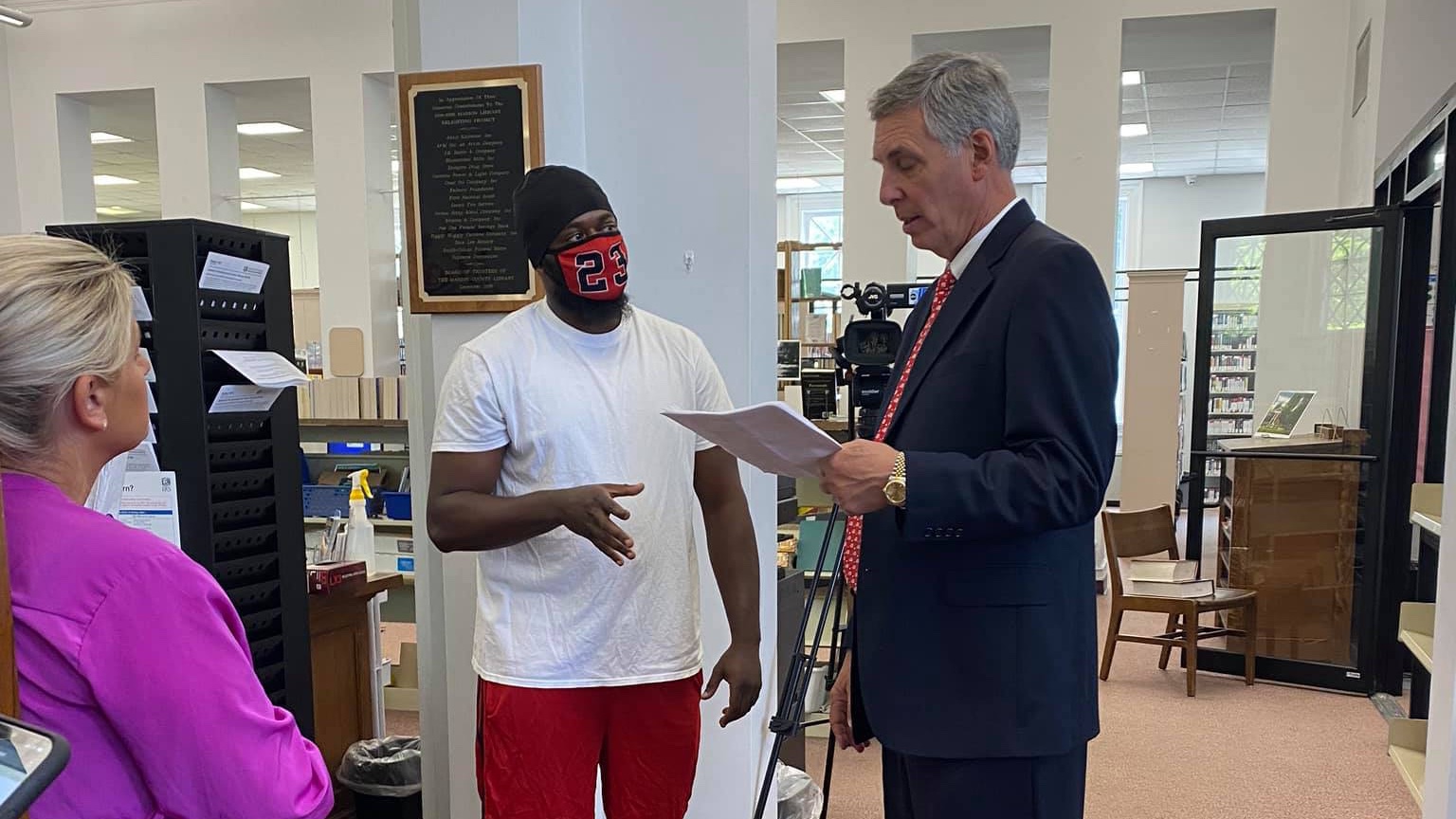 Arguably the most surprising “Republican” vote to impeach former U.S. president Donald Trump back in January belonged to Tom Rice of South Carolina. The 63-year-old attorney from Charleston, S.C. was one of ten GOP members of the U.S. House of Representatives who joined Democrats in impeaching Trump over the latter’s alleged “incitement” of a mob that stormed the U.S. capitol on January 6, 2021.

This vote has defined Rice’s reelection bid in the Palmetto State’s devoutly pro-Trump seventh congressional district – generating a groundswell of conservative grassroots opposition, a formal rebuke from his own party and a flood of challengers.

Rice acknowledged the situation on Wednesday when he announced the formal launch of his 2022 candidacy for a sixth, two-year term in Washington, D.C.

“You may have heard, my next election will be more interesting than those in the past,” he wrote in a fundraising email to supporters. “But I will always choose to protect the Constitution over any one man.”

Rather than backing down from his impeachment vote – or avoiding discussion of it – Rice has instead chosen to lean into it. Will it matter in a district Trump won by nearly 60 percent last fall? Doubtful …


South Carolina’s seventh district was created in 1803 and eliminated in 1853. It was reestablished in 1883 and eliminated again in 1933. Most recently, it was reestablished in 2013 after the results of the 2010 Census showed South Carolina’s population expanding by more than 18 percent over the previous decade. Rice captured the seat in June 2012 by defeating former lieutenant governor André Bauer in a runoff election after the two finished at the top of a nine-candidate partisan primary field.

He has not drawn serious opposition since …

Key to Rice’s victory? An endorsement from then-governor Nikki Haley – another “Republican” whose recent actions have positioned her on the wrong side of the Trump divide (at least when it comes to the current mood of the GOP electorate).

In fact, Haley has received spillover blowback for her prior endorsement of Rice in the aftermath of his vote to impeach the former president.

Will Haley back Rice in 2022? That remains to be seen, but the incumbent congressman rolled out a list of his financial supporters on Wednesday afternoon …

(Via: Tom Rice for Congress)

As I have stated previously, I did not agree with Rice’s impeachment vote. Not because I supported Trump or his actions leading up to the riots (I endorsed libertarian candidate Jo Jorgensen in 2020) – but because I simply don’t believe the former president’s actions warranted impeachment. In fact, in the aftermath of the capitol riots I made certain this news outlet – unlike the mainstream press – went out of its way to defend free speech and rebuke censorship.

Having said that, I also acknowledged how Rice and other lawmakers “were put in a pretty scary position by the Trump supporters who stormed the capitol on January 6, 2021.” So I am not going to judge them for voting their consciences on that issue.

What I will judge Rice on is the fact that this “fiscally liberal establishment Republican spent his first eight years in congress voting in lockstep with left-leaning GOP leaders.”

If Rice were to be reelected, I suspect such status quo fiscal profligacy would continue … which is why fiscal conservatives should refrain from supporting him under any circumstances.

‘Fake Uber’ Trial: Ex-Girlfriend Of Accused Killer Testifies Against Him, Changes Her Story