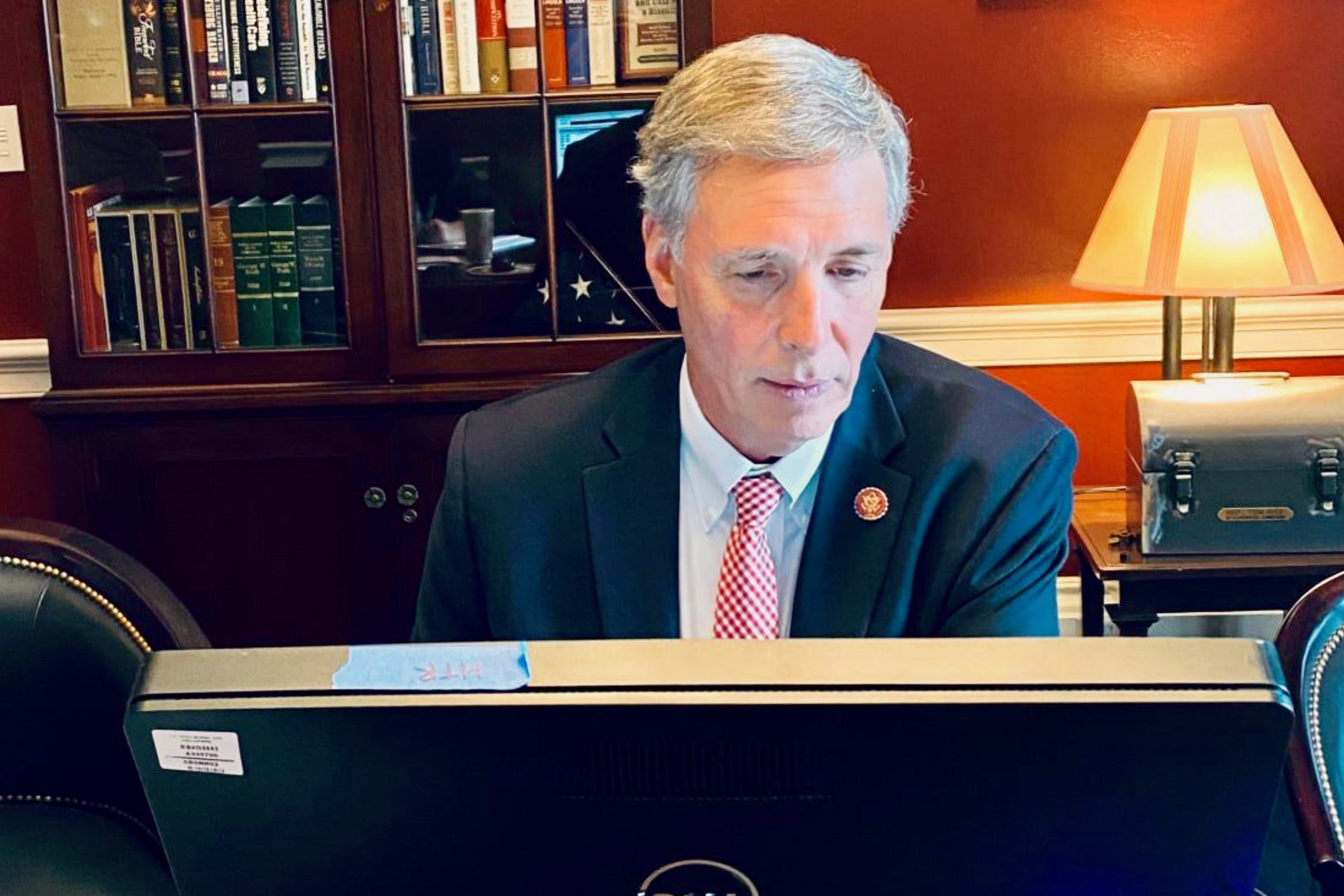 The field of challengers against incumbent U.S. congressman Tom Rice expanded this week, with former Myrtle Beach, S.C. mayor Mark McBride announcing his intention to enter the crowded race. So far, though, Rice has managed to avoid attracting a potentially top tier rival in his bid for a sixth term in office.

Will it matter? Or is Rice a “dead congressman walking” no matter who files against him?

We will find out next spring …

In the meantime, McBride’s announcement was hailed by David Hucks of MyrtleBeachSC.com – who touted the longtime politician as the “law and order” candidate in the field as well as “a devout Christian and family man.”

“He helped build five new police and fire stations for the city, earning himself a reputation for supporting law and order, and public safety,” Hucks wrote. “He also helped bring thousands of jobs to the city, and led massive developments.”

Hucks also praised McBride for “never rais(ing) property taxes to accomplish any of his goals as mayor.”


McBride served as a Myrtle Beach city council member from 1994-1998 and as mayor from 1998-2006 prior to being defeated by the late John Rhodes. During his second term as mayor, he ran unsuccessfully for U.S. Senate – drawing 2.2 percent of the vote in a six-person race that was eventually won by Jim DeMint.

Not surprisingly, McBride is slamming Rice for being one of ten “Republicans” in the U.S. House who voted to impeach former U.S. president Donald Trump over the latter’s alleged “incitement” of a mob that stormed the U.S. capitol on January 6, 2021.

According to McBride, Rice’s vote to impeach Trump was “treasonous.”

“Tom Rice failed the people of South Carolina’s seventh district with his unconstitutional vote to impeach president Donald Trump, whom they overwhelmingly voted to reelect in 2020,” McBride said. “Rice has proven himself to be another empty suit, and a tool of the disgraced GOP establishment in Washington. He no longer deserves the privilege of representing the fine people in this district, and I’m the only candidate in this primary race with experience governing, and an America First track record. It’s time to retire Tom Rice, and I’m the man for the job.”

In touting his “America First” credentials, McBride noted he was one of the first politicians in America to support building a wall on the southern border.

“There is no better candidate to replace Tom Rice and pick up president Trump’s America First torch here in South Carolina,” McBride said.

Despite his efforts to take ownership of the nationalist populism of the Trump movement, McBride has struggled mightily in his recent political bids …

As previously noted, Horry county school board chairman Ken Richardson has emerged as one of the frontrunners in the race against Rice – although he had some embarrassing issues associated with his first federal campaign disclosure. Richardson has also had to deal with some issues at the left-leaning government-run school district he ostensibly leads.

As of this writing, there are ten candidates who have submitted paperwork with the Federal Election Commission (FEC) to run against Rice. In addition to Richardson, state representative William Bailey of Little River, S.C. has filed paperwork. So has Graham Allen – a devout Trump backer, conservative media personality and former combat veteran.

Allen moved to South Carolina from Athens, Georgia to challenge Rice – but he does not live in the seventh congressional district. Does that matter? Not legally, no. The only requirements for a candidate to seek a congressional office are that they are a resident of the state and at least 25 years of age.