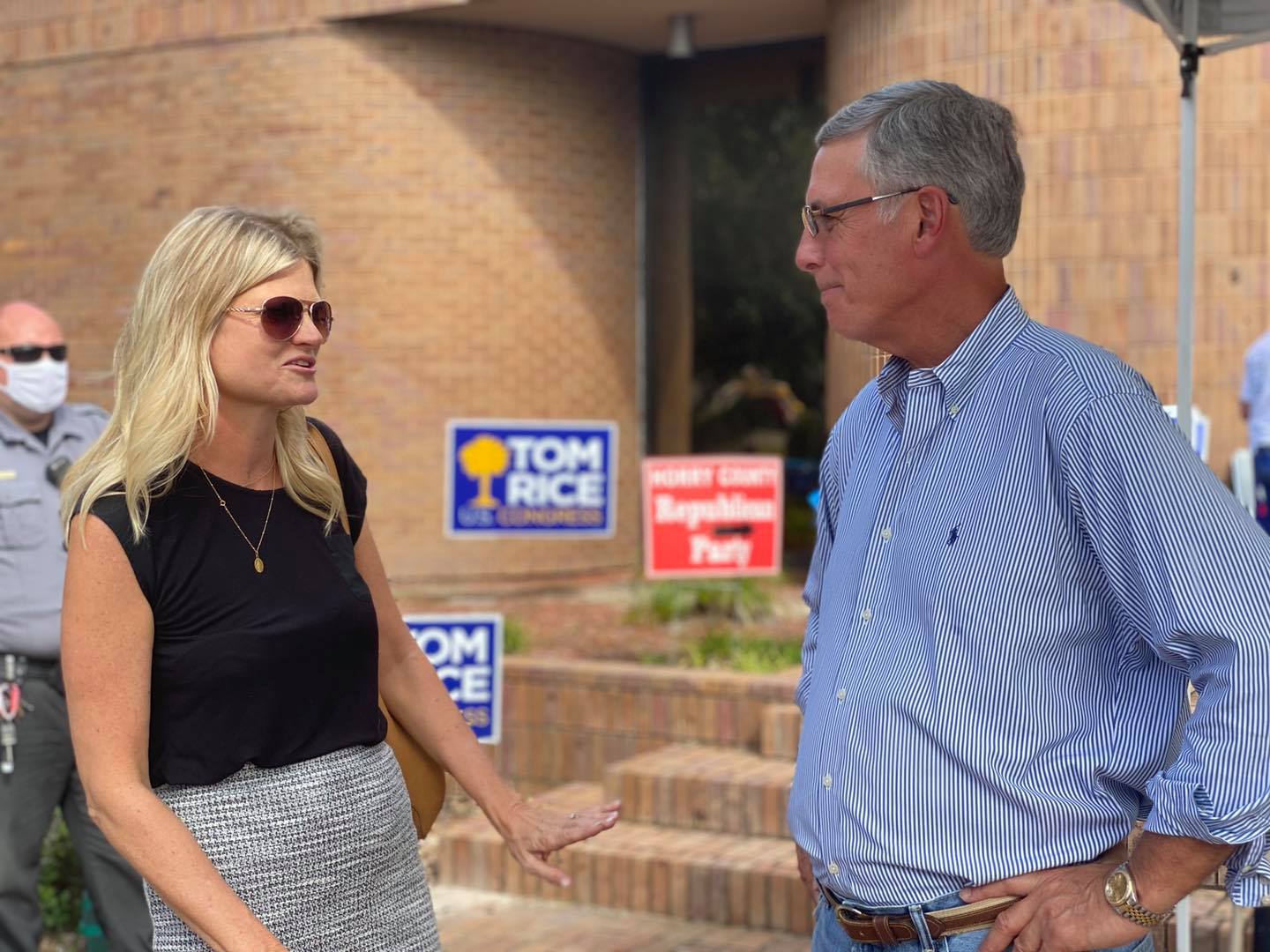 South Carolina’s Republican party (SCGOP) made it crystal clear this weekend that former U.S. president Donald Trump is still pulling its strings – a status check which has potentially profound implications on its quadrennial “First in the South” presidential primary.

Last year, the party violated its own rules by canceling the 2020 primary – an acknowledged sop to Trump that succeeded only in denying him a resounding victory.

But Trump officials told the SCGOP to call off the primary … and they did.

This time, SCGOP officials demonstrated their loyalty to Trump by censuring U.S. congressman Tom Rice – one of ten Republican members of the U.S. House who voted to impeach the former president for his alleged role in inciting a bloody riot at the U.S. capitol earlier this month.

We do not believe Trump’s speech constituted a criminal act … thus we would not have voted to impeach him were it up to us. Furthermore, we have never thought very much of Rice – who has consistently ranked among the most fiscally liberal members of the South Carolina GOP congressional delegation.

Still, we have been reluctant to criticize Rice over his vote to impeach Trump …


By contrast, Rice’s vote has been greeted with utter indignation by grassroots activists, prompting multiple prospective candidates to line up against him in advance of the 2022 election cycle. Just this week, in fact, another would-be challenger to Rice – state representative Russell Fry – signaled he was considering entering the field.

Whoever emerges as the top prospect against Rice should expect to receive the full support of the SCGOP – which recently embarked on a new policy of picking favorites within the Republican primary process.

And Rice is clearly not their favorite …

“Congressman Rice’s (impeachment) vote unfortunately played right into the Democrats’ game, and the people in his district, and ultimately our state executive committee, wanted him to know they wholeheartedly disagree with his decision,” SCGOP chairman Drew McKissick said in a statement.

In a lengthy statement posted to his Facebook page, Rice wrote that he “fought together with President Trump” in Washington, D.C. and that because of the former president’s leadership “America has seen historic economic growth and we have experienced countless other historic achievements.”

“To accuse me of not supporting President Trump is to ignore my 94 percent pro-Trump voting record,” Rice continued.

According to Rice, his impeachment vote against Trump was “no reflection on his policies, his effectiveness (and) his accomplishments.” Instead, it was a response to the mob violence he “personally witnessed” at the U.S. capitol.


“I heard the gunshots and smelled the tear gas,” Rice wrote. “I cannot ignore this blatant violation of our constitution, regardless of whether the President is a Republican or a Democrat, or regardless of his name being Donald Trump.”

Rice added that the SCGOP provided him with no advance notice of its intention to vote on his censure, and that his calls to chairman McKissick and other executive committee members prior to the vote were not returned.

Obviously, we will continue to keep tabs on the names that emerge as prospective candidates against Rice in the 2022 Republican primary for the seventh congressional district. We expect that field to be wide open, and we will likely find ourselves supporting one of Rice’s challengers. Not because of his impeachment vote, mind you, but because we believe the seventh district deserves more consistent pro-freedom, pro-free market, pro-taxpayer representation than what Rice has offered over the last eight years.

Of course, the bigger narrative to keep an eye on involves the 2024 presidential primary election. If Trump runs again – or if one of the candidates in the race has his backing – can we trust the SCGOP to be fair?

Increasingly, it would appear as though the answer to that question is a resounding “no.”

Donald Trump To Roll Out ‘First In The South’ Leadership Team