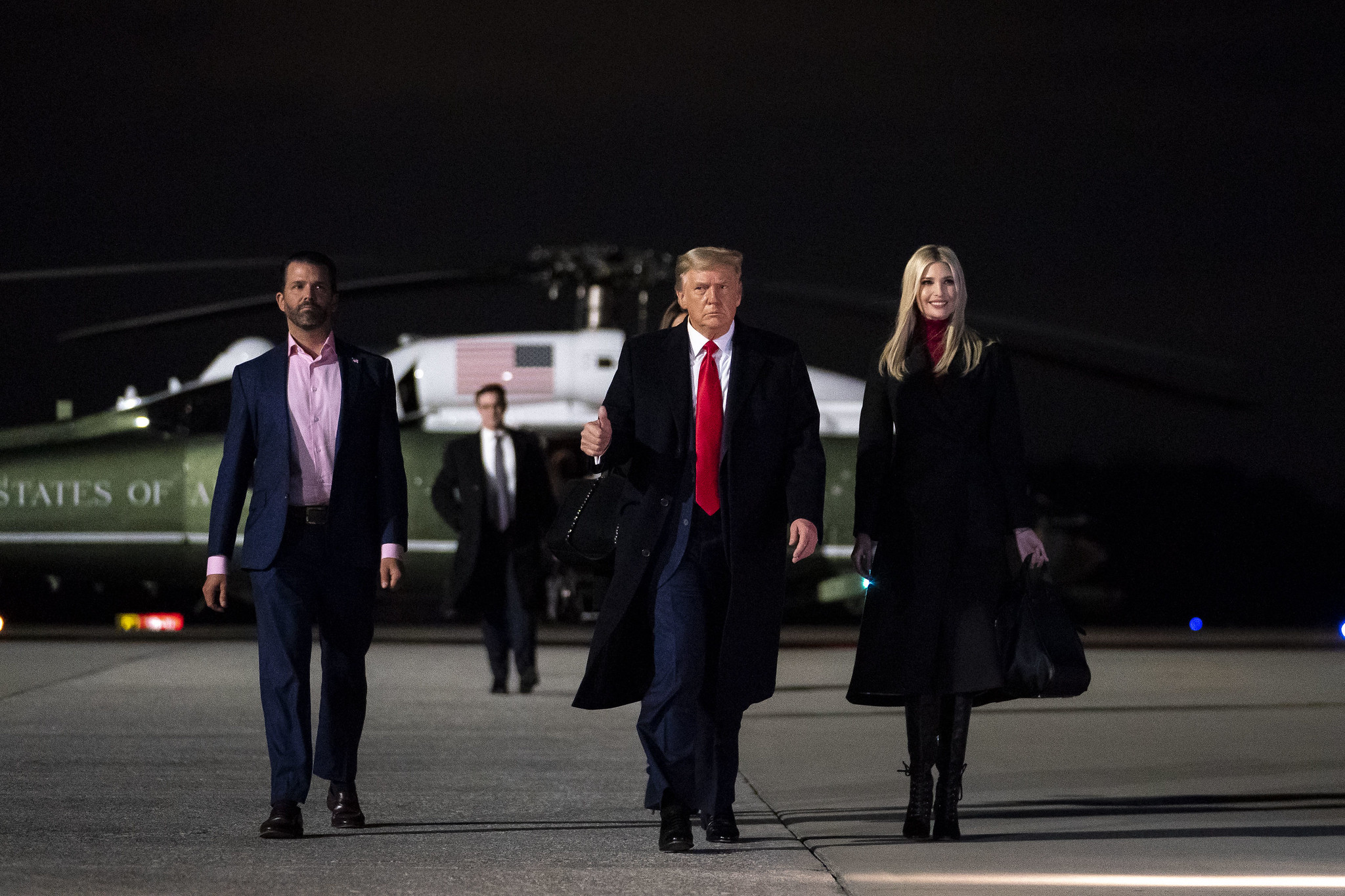 With less than two weeks remaining in his presidency, social media giant Twitter has permanently banned U.S. president Donald Trump from its platform for allegedly attempting to incite violence. Specifically, it cited two tweets sent by Trump on Friday as being violative of its “glorification of violence” policy.

“After close review of recent Tweets from (Trump’s) account and the context around them – specifically how they are being received and interpreted on and off Twitter – we have permanently suspended the account due to the risk of further incitement of violence,” a statement from the company noted.

Wait … how they are being received and interpreted?

The statement added that Trump had been warned against alleged attempts to “incite violence” in the aftermath of the deadly riot that rocked the U.S. capitol on Wednesday afternoon.

“In the context of horrific events this week, we made it clear on Wednesday that additional violations of the Twitter rules would potentially result in this very course of action,” the statement continued.

At the time the ban was imposed, Trump’s account was followed by nearly 90 million users. The decision to pull the plug represents a reversal of Twitter’s previous position – expressed in December to Forbes magazine – that Trump’s account would not be suspended until after he left office.

What, exactly, did Trump say that prompted the lifetime ban?


Here is the first tweet cited by the platform …

The 75,000,000 great American Patriots who voted for me, AMERICA FIRST, and MAKE AMERICA GREAT AGAIN, will have a GIANT VOICE long into the future. They will not be disrespected or treated unfairly in any way, shape or form!!!

And here is the second …

To all of those who have asked, I will not be going to the Inauguration on January 20th.

Yes. According to Twitter, each of these posts violated its policy against glorifying violence – which the company claimed “could inspire others to replicate violent acts” similar to those committed at the U.S. capitol building on Wednesday.

Specifically, the platform claimed the second tweet provided “encouragement to those potentially considering violent acts that the Inauguration would be a ‘safe’ target, as (Trump) will not be attending.”

Twitter added that Trump’s reference to his supporters as “patriots” was being “interpreted as support for those committing violent acts at the U.S. Capitol.”

Twitter further alleged that Trump “plans to continue to support, empower, and shield those who believe he won the election.”

Frankly, we believe such assertions are prima facie ridiculous – constituting borderline ludicrous logical leaps. We believe this is especially true given the extent to which the platform actively egged on the violent mobs that did more than $1 billion in damage to American cities last spring and summer.

Where was the concern for “how speech might be perceived” then?

Frankly, we suspect executives at this left-leaning platform do not genuinely believe Trump’s latest tweets are violative of its policies. We believe they were simply looking for an excuse to shut down his account.

And we say that as a news outlet which bailed on supporting the president years ago after he betrayed the fiscally conservative principles on which he campaigned in 2016.

Needless to say, Trump was displeased to learn that his primary mode of mass communication – which he has used to drive thousands of news cycles over the past five years – had been yanked out from under him.

“As I have been saying for a long time, Twitter has gone further and further in banning free speech, and tonight, Twitter employees have coordinated with the Democrats and the radical left in removing my account from their platform, to silence me – and YOU, the 75,000,000 great patriots who voted for me,” Trump said in a statement late Friday.

Trump posted these comments to his official “POTUS” account on Twitter, but they were quickly scrubbed by the platform – which accused him of attempting to circumvent its ban.

“Using another account to try to evade a suspension is against our rules,” Twitter stated. “We have taken steps to enforce this with regard to recent Tweets from the (POTUS) account.”

In blasting Twitter for its actions, Trump reiterated his long-standing objections to federal protections for the technology industry.

“Twitter may be a private company, but without the government’s gift of Section 230 they would not exist for long,” Trump added.

That is a reference to Section 230 of the 1996 Communications Decency Act – which affords internet hosts immunity from prosecution related to content posted by their users.

“No provider or user of an interactive computer service shall be treated as the publisher or speaker of any information provided by another information content provider,” the relevant section stipulates.

Supporters of this provision have hailed it as a bedrock free speech protection – and we concur. However, we do believe it is being abused and that certain tech firms are hiding behind it to selectively discriminate against Americans on the basis of their ideology.


Which is behavior that should not be protected …

This news outlet does not support Trump’s call for the elimination of Section 230 – nor do we support Twitter’s decision to ban Trump from its platform (especially after it provided extensive amplification to those egging on the violent mobs last spring and summer).

Certainly it is within Twitter’s right to impose standards within its own community – and block or ban users as it sees fit. But if it (and other social media outlets) are going to rely on federal protections aimed at cultivating free speech, then that speech must be free.

And if it is not going to be free, then the rules governing its restriction on the platform must be consistently imposed.

Twitter doesn’t do that … and hasn’t been doing it for years.

“The notion of a ‘marketplace of ideas’ that is open to everyone is one of the few things we’ve got left in America,” we wrote a few years ago in a post calling the platform out for its overtly discriminatory tactics.  “It is hugely disappointing one of the most important platforms in that marketplace has decided to pick sides.”

Not surprisingly, Trump seized on this argument in his response to the lifetime ban.

“Twitter is not about FREE SPEECH,” Trump wrote in the since-deleted tweet on his official account. “They are all about promoting a Radical Left platform where some of the most vicious people in the world are allowed to speak freely.”

Love or hate Trump, that statement is demonstrably true … and while we join all freedom-loving Americans in rebuking the despicable violence that rocked the U.S. capitol this week (violence which left five people dead) we reject attempts to criminalize or censor free speech along ideological lines every bit as emphatically.

And make no mistake, Twitter is clearly guilty of such censorship.

Just as we must protect the physical citadel of our once-proud Republic from the aggression of violent mobs (irrespective of their affiliations or motivations), we must also protect the indispensable liberty that resides as its beating heart.

Whatever differences we may have as Americans, all Americans should believe in fundamental fairness … especially as it relates to our nation’s foundational principles.

Should Twitter have banned Donald Trump from its platform?