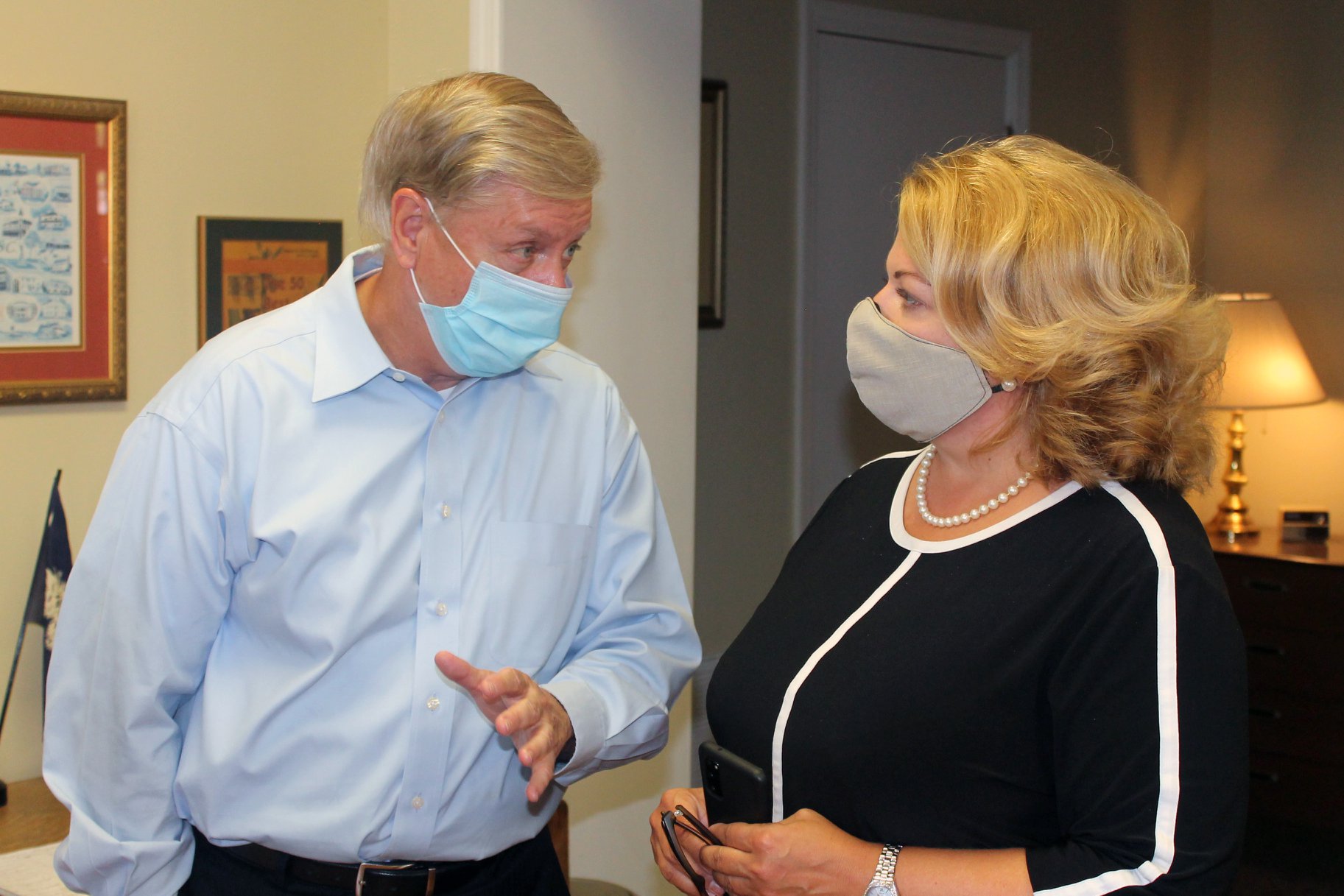 National Democrats are making a “seven-figure investment” in the U.S. Senate campaign of former Washington, D.C. lobbyist Jaime Harrison – hoping to steal a seat in “bright red” South Carolina. This bold move by the Democratic Senatorial Campaign Committee (DSCC) comes just one day after a new poll showed the candidate in a statistical tie with incumbent “Republican” Lindsey Graham.

It also comes a day after Harrison – who has been tonning it on the campaign trail – announced that he had raised $1 million in a twenty-four hour period.

This race has produced no shortage of recent drama (here and here) … although we find it utterly amazing that neither the Graham nor Harrison campaigns has effectively exploited glaring vulnerabilities in the other’s “base.”

Clearly, Graham’s issues within the Republican party are no secret … as evidenced by the fact he received only 67.6 percent of the vote against a trio of virtually unknown, practically penniless opponents in the GOP primary back in June.

No really … that happened.

(Via: Jaime Harrison for U.S. Senate)

As for Harrison (above), he was an integral cog in the Hillary Clinton cabal that stole the Democratic nomination from socialist U.S. senator Bernie Sanders four years ago. Which means the hard core “Bernie Bros.” should be substantially less-than-enamored with his candidacy.

Thus far, however, Graham and his backers have failed to seize this opening … just as Harrison and his allies have failed to segment and suppress a badly fractured GOP electorate to the detriment of the GOP nominee.

These failures are inexplicable given the amount of money pouring into this race. Generally speaking, there are three fronts associated with an effective political campaign: 1) Turning out your own base of voters, 2) swaying independents to your banner and 3) driving down support in your opponent’s backyard.


Harrison would appear to be doing two of those three things well. Graham? Eh … he’s zero for three.

Still … do we buy the results of a Quinnipiac poll released yesterday that showed Graham and Harrison tied at 48 percent apiece?

We are not saying the race isn’t close (far closer than it should be), but there are several red flags associated with this survey – starting with the fact that Quinnipiac was way off the mark in its 2016 polling in battleground states like Ohio and Pennsylvania.

Also, the notion that only four percent of voters are undecided in this contest strikes us as suspicious. For example, there is a third party candidate in this race – Bill Bledsoe of the Constitution party. Did Quinnipiac fail to include his name on its survey? Because his name is most assuredly on the sample ballot we just downloaded from the S.C. Election Commission (SCVotes.gov).

And it will most assuredly be on the ballot in November.

Also … where are the benchmarks?

If so, by how much? And in which direction?

These are critical questions to ask … particularly in the era of fake polls.

Please do not confuse our motivations in raising these issues. We would sooner impale ourselves on a flaming spear or radioactive control rod than issue an endorsement for either Graham or Harrison. Both are detestable swamp creatures in our estimation – and being asked to choose between the two of them is like being asked which one of our arms we would like to see sawed off at the shoulder first.

Seriously … this election is no different than any of the other hundreds of false choices being foisted on voters across the country this fall.

We are not choosing between ideologies or even parties. We are literally deciding whether the red team or the blue team’s establishment hack gets to join up with all the other establishment hacks to steal our money …

And our guess is a great many fiscally conservative, socially libertarian, non-crony capitalist, anti-warmongering, independent-minded Americans feel exactly where we are coming from …

We think Graham is in serious trouble. And could easily lose this election given his base problems. And we concede the poll could be right. But until we see data from a more accurate pollster we are inclined to view this survey with some skepticism.

University Of South Carolina Trustee Drama: We Called It

Shedding Some ‘Light’ On Yet Another Santee Cooper Fleecing