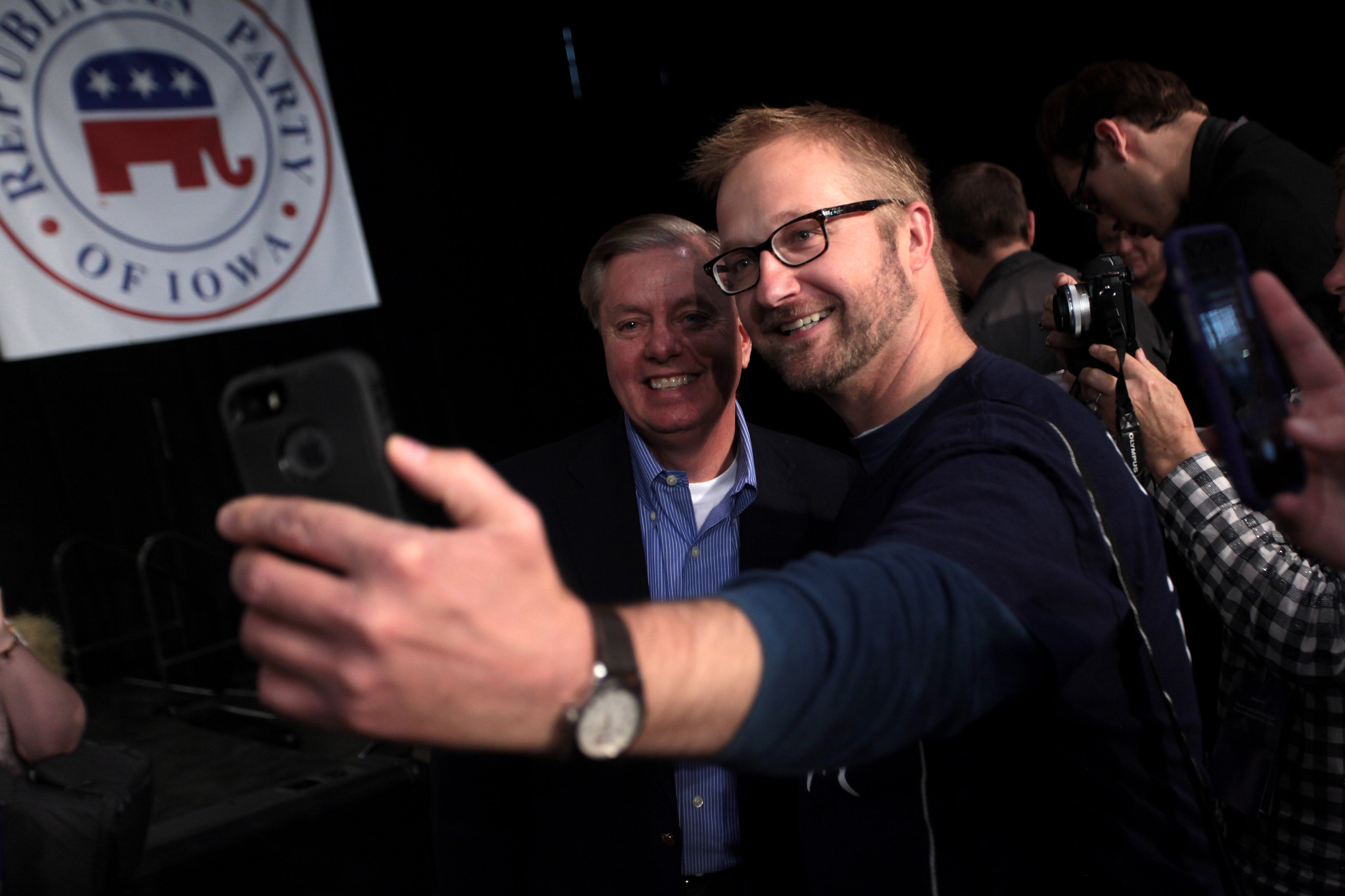 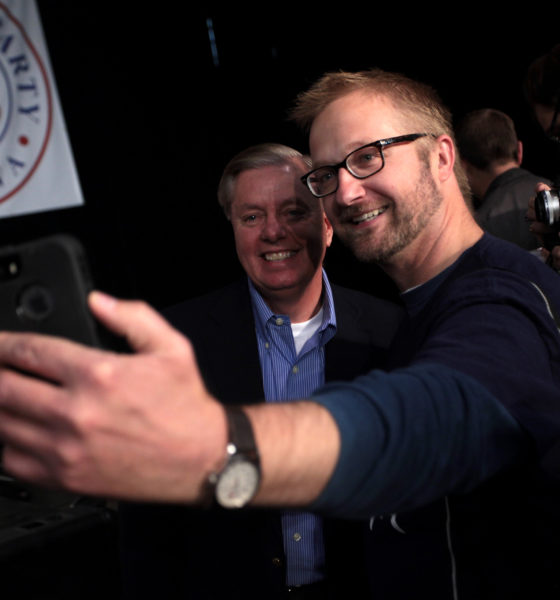 67.6 Percent: Why This Number Spells Trouble For Lindsey Graham In South Carolina

Assuming Democrats can figure out how to exploit it …

Covering U.S. senator Lindsey Graham of South Carolina can often be … disorienting? Wait … maybe that’s not the right word. Dizzying, how about that. Yeah … we’ll go with dizzying. That works.

Graham has always been a chameleon, but his politically driven shape-shifting has escalated over the last four years as he has done his best to navigate the ascendancy of U.S. president Donald Trump.

It has been a twisting, turning road …

An erstwhile #NeverTrumper, Graham flip-flopped and began supporting the president in late 2017 when it became clear he was about to lose his seat in pro-Trump South Carolina. The apex of this political reinvention? Graham’s fiery, red-faced defense of Trump’s centrist supreme court nominee, Brett Kavanaugh, in 2018.

Graham masterfully exploited the Kavanaugh confirmation drama to rebrand himself with conservatives – even though it was his own sellout on the most critical GOP issue of them all (abortion) that forced Trump to nominate the middling judge in the first place.

It didn’t take long after the Kavanaugh drama for Graham – a staunch neoconservative warmonger – to start flipping back, staking out more ground against Trump.

Now when it comes to the White House, the 64-year-old Central, S.C. native is an ally of convenience – not of conviction.

Graham is facing a tougher-than-expected fight this fall from Democrat Jaime Harrison, a former state party chairman who has attracted significant national support (and raised some serious cash) in his bid to oust the metronomic incumbent.

On Tuesday evening, Graham easily captured the GOP nomination for this seat – vanquishing a trio of virtually unknown, practically penniless opponents to secure his place on the November ballot.

There was never any question as to whether Graham was going to be the Republican nominee – the only question was how big a chunk of the GOP electorate he would manage to win in the process. In 2008, Graham underwhelmed expectations by drawing only 66.84 percent of the GOP primary vote against another low-budget, little-known rival – former segregationist Buddy Witherspoon.

He fared little better than that on Tuesday evening, with only 67.57 percent of Republican primary voters backing his candidacy.

In a competitive race against a credible, well-funded rival such a number would have represented stirring victory … but in this race it represents a potentially troubling development for Graham, who is hoping to win a fourth, six-year term in Washington, D.C. (after previously spending four terms in the U.S. House of Representatives).

The question is whether Democrats are able to identify and exploit Graham’s weakness.

Indeed, it has been fourteen years since Democrats last claimed a statewide victory in South Carolina, and that election was won by the skin of their teeth. Former state superintendent of education Jim Rex defeated Spartanburg, S.C. businesswoman Karen Floyd by a mere 455 votes in 2006 – failing to win a majority of ballots cast in the process.

It has been 22 years since Democrats last won a U.S. Senate campaign … and eighteen years since a Democrat eclipsed the 50 percent threshold in a statewide election.

RELATED || What Will Jaime Harrison Do?

That is some serious history staring Harrison in the face … but again, we believe he is uniquely positioned to flip this script and give his party an upset win similar to the one they scored in the state’s first congressional district in 2018.

You know, assuming his supporters grasp the political realities confronting them … which ought to be as easy as locating their own hindquarters with both hands.

This news outlet has written on multiple occasions about the extent to which Graham (and other Republicans) are vulnerable in general election matchups if – and only if – South Carolina Democrats (and their national allies) engage in a well-funded, well-conceptualized and well-executed campaigns to “segment and suppress” the Palmetto State’s badly splintered GOP electorate.

Divide and conquer, if you will …

Based on the latest GOP primary results, no candidate is more vulnerable to the successful implementation of such a segmentation/ suppression strategy than Graham.

Again, this race is uniquely suited to such segmentation/ suppression strategies and tactics. There will already be Constitution and Libertarian party candidates on the 2020 U.S. Senate ballot, and Democrats could help fund petition drives to get additional candidates in the mix before a mid-July deadline should they choose to do so.

Of course, the key is making sure voters are aware of these alternatives … while efforts are simultaneously undertaken to drive down Graham’s support on hot-button issues.

RELATED || Is Lindsey Graham About To Have A Problem?

One issue where Graham is exceedingly vulnerable to such a segmentation/ suppression campaign? Abortion …

In the days leading up to his primary race, Graham received the backing of the National Right to Life Committee (NRLC) – a prominent national pro-life group (ostensibly).

“Senator Graham has championed the right to life throughout his career and has diligently worked to see that all innocent human life is protected,” the group’s leader Carol Tobias said in issuing the endorsement.

The problem? That statement is demonstrably untrue …

Like most “Republican” politicians in South Carolina, Graham uses the abortion issue whenever it is politically expedient for him. When it actually comes time to stand up for life, he bails.

Still, the false narrative of Graham as a “pro-life champion” went completely unchallenged in the GOP primary … meaning the mercurial senator avoided having to explain his 2018 support of the controversial Roe v. Wade decision that legalized abortion on demand in America.

And while Democrats are obviously rabid in their support for abortion on demand, exploiting this as a wedge issue (one of many) within the South Carolina Republican electorate has the potential to peel a significant number of votes away from Graham.

Will Democrats see the light this time? We shall see … but up until now, the party and its allies have consistently refused to exploit such wedges in statewide elections (including a few races they probably could have won). Instead, Democrats have poured all of their resources into turning out the 40-42 percent of the electorate that was already going to vote for their candidates.

If Democrats ever want to win a statewide race in “bright red” (ahem) South Carolina, then they must change their tactics and begin waging guerrilla warfare inside Republicans’ badly divided back yard.

2020 Presidential Race: Lindsey Graham’s Words Come Back To Bite Him