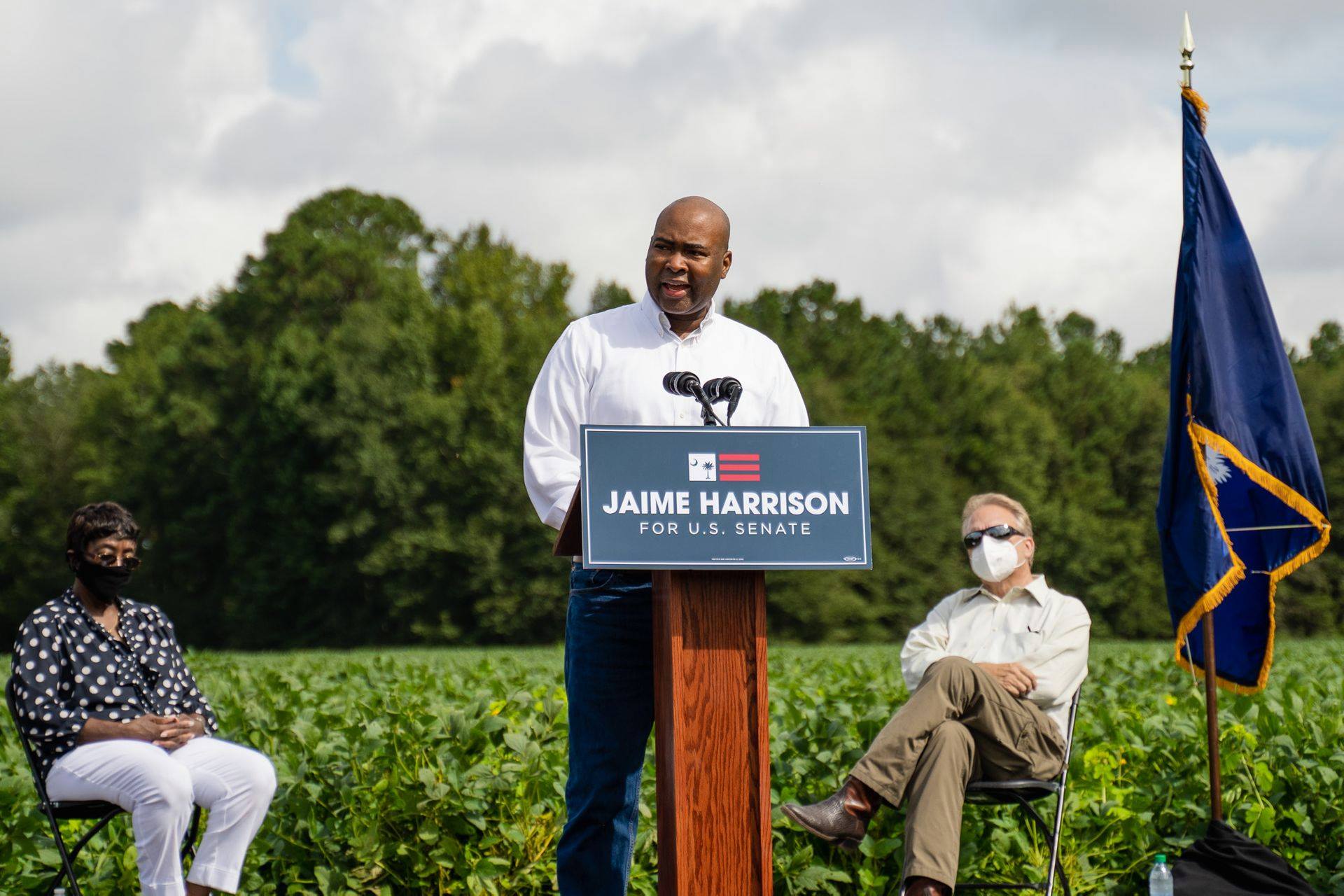 The post-Labor Day campaign crush has not been kind to U.S. senator Lindsey Graham of South Carolina – who finds himself in an unexpected dogfight against a credible Democratic opponent in what was supposed to be a “bright red” state.

Wait a minute … isn’t there a controversy involving someone else not releasing their tax returns?

Oh right … that would be U.S. president Donald Trump, who found himself on the receiving end of renewed criticism for failing to release his returns in the wake of Graham’s gambit.

Hmmmm … was this another set-up?

Anyway, Harrison responded by promptly releasing his returns … calling Graham’s bluff and then doubling down on the bet.

“Now do president Trump,” he tweeted.

Eager to reclaim the offensive for their beleaguered candidate, South Carolina Republicans pushed out a report from Collin Anderson of The Washington Free Beacon which revealed that two of Harrison’s top aides have a history of making “anti-semitic, sexist and homophobic remarks online.”


Oh, and that latter category is obviously a sensitive subject in this contest … on all sides.

In a tweet dated November 27, 2012, Maxwell referred to the word “ghetto” as a “Jewish term” – noting that impoverished black communities were not ghettoes because “jewish Americans are wealthy.”

In a tweet dated July 15, 2014, Maxwell lamented that a Jewish woman was “all over (her timeline)” on Twitter.

“She’s Jews but I guess her dumb self didn’t realize Hitler was a Jew,” she tweeted.

Other tweets from 2013 revealed Maxwell’s views on homosexual men …

King apparently shared Maxwell’s views regarding gay men. In a November 30, 2010 tweet he referred to an unknown person on social media as a “homo.” Meanwhile, in a March 9, 2014 tweet he called a man named Peter “gay (as f*ck)” for getting involved with what he referred to as “women’s problems.”

Speaking of women, King once held some interesting views on them as well (as expressed in several tweets that were posted between 2010-2012).

In one tweet dated June 27, 2010, King referred to a sexual assault victim as not being to “fat” and “ugly” to get raped. In another tweet dated March 19, 2011 he described how he told a “female” that she was “gone (sic) have to suck (his) dick” until he fell asleep.

“She looked at me and smiled, ha!” he tweeted.

Obviously, these tweets are (mostly) dated … but so were Josh Hader’s. And that didn’t stop the liberal mob from seeking to cancel him.

Remember Hader? During the 2018 All-Star game, reports surfaced that the hard-throwing reliever for the Milwaukee Brewers had posted racist and homophobic comments to his Twitter feed in 2011 and 2012 (when he was seventeen years old).

The left pounced … but Hader’s teammates came to his defense.

“I know Hader,” Brewers’ outfielder Lorenzo Cain said.  “I know he’s a great guy.  We’ll move on from it … He’s a kid. We all said crazy things growing up.”

That is absolutely true …

And in King’s defense, several of his hatefully misogynistic tweets were sent while he was in high school and college (he graduated from Jackson State University in 2016). Although still … some of his comments are inexcusable at any age.

Maxwell cannot play the youthful exuberance/ indiscretion card, however. She graduated from South Carolina State University in 2006 and was well into her professional career when she posted her offensive tweets.

Not surprisingly, Palmetto State Republicans wasted little time in exploiting the report – calling on Harrison to “correct his staff’s rhetoric.”

“These vile, hateful comments coming from members, dare I say leaders, of the party that claims to be inclusive and tolerant just prove Democrats are leading with the ‘Do as I say, not as I do’ mantra,” said Claire Robinson, communications director of the S.C. Republican Party (SCGOP).

SCGOP executive director Hope Walker added that the tweets from Harrison staffers were “insulting and degrading.”

We concur … and while we do not think dated social media missives from campaign staffers will to be enough to blunt Harrison’s momentum, to the SCGOP’s credit they served the purpose of changing the subject and shifting attention away from Graham’s disastrous tax flop.

Oh, and they also succeeded in shining a light on the double standard the left likes to employ when it comes to playing the cancel culture game …