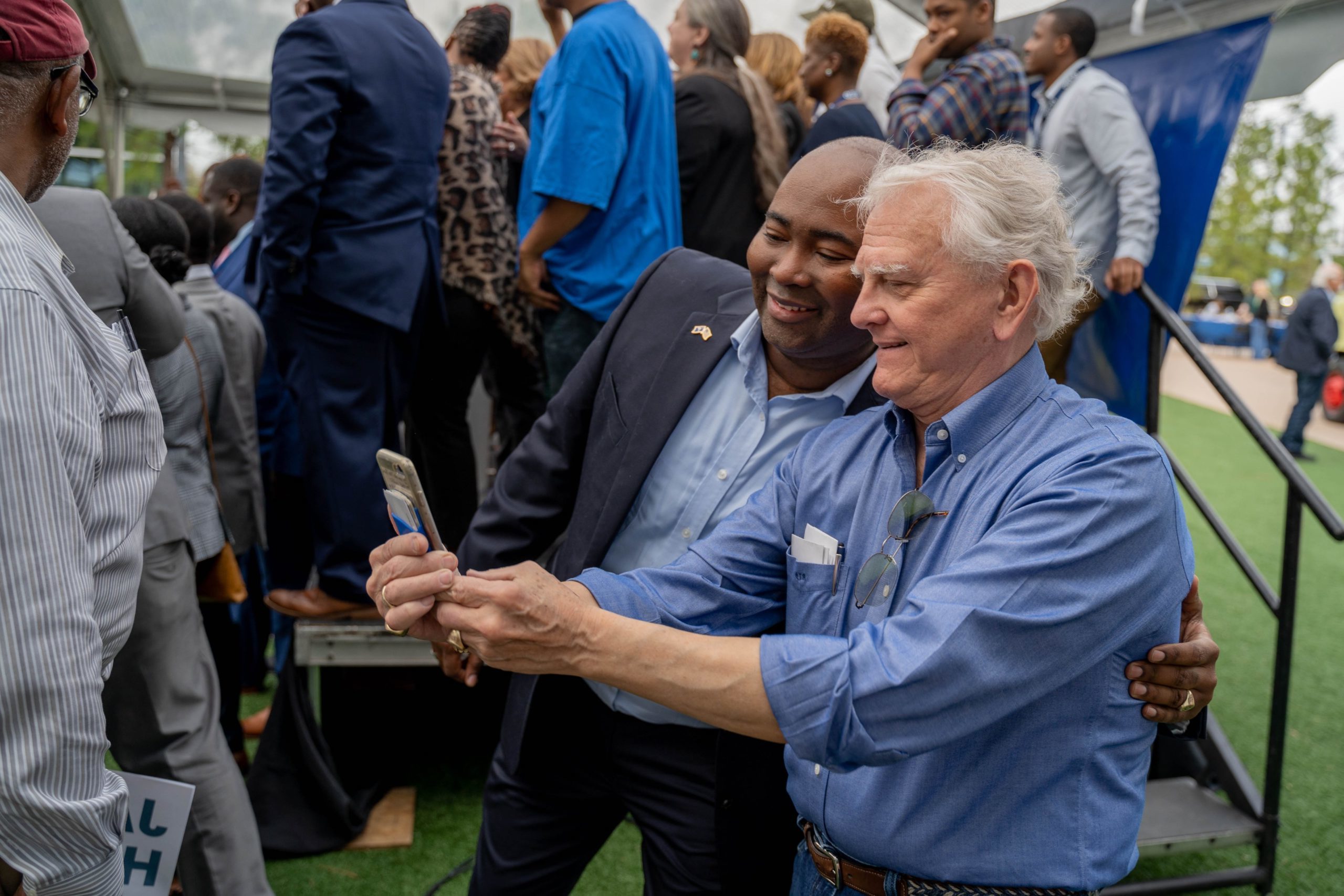 There was big news this week on the campaign finance trail in South Carolina when Democrat Jaime Harrison reported taking in a whopping $7.3 million during the first three months of 2020 – besting the $5.6 million raised by incumbent Republican U.S. senator Lindsey Graham.

Those gaudy, shocking totals – filed this week with the Federal Election Commission (FEC) – have given Democrats hope that they can conceivably flip a statewide seat in bright red South Carolina, which U.S. president Donald Trump carried with 54.9 percent of the vote in 2016.

Is their optimism well-founded, though?

We have addressed this question in the past, but do these new numbers change the calculus?

According to reporter Jamie Lovegrove of The (Charleston, S.C.) Post and Courier, both Harrison and Graham “easily outpaced the single-quarter state record of $3.9 million that Graham set at the end of 2019.”

Graham (below) now has $12.8 million on hand compared to Harrison’s $8 million – meaning this has already become the most expensive political race in South Carolina history.

Also, this unprecedented $21 million mountain of money between the two campaigns is not the full monetary picture. It represents only what each candidate has available to spend on their own campaign efforts (not counting additional funds raised between now and November). Millions more will be spent by third party groups as this race – much like the competitive battle for the Palmetto State’s first congressional district – is clearly being eyed closely by national interests.

So let’s get back to that key question (of competitiveness): Can a Democrat win a statewide race in South Carolina?

Lately, the answer to that question has been a resounding “no.”

That’s right … it has been fourteen years since Democrats last claimed a statewide victory in South Carolina, and that election was won by the skin of their teeth. Former state superintendent of education Jim Rex defeated Spartanburg, S.C. businesswoman Karen Floyd by a mere 455 votes in 2006 – failing to win a majority of voters in the process.

It has been 22 years since Democrats last won a U.S. Senate campaign … and eighteen years since a Democrat eclipsed the 50 percent threshold in a statewide election.

Can Harrison break this cycle?

He certainly has the resources to do it. And his first quarter fundraising haul will likely encourage additional money to flow into his candidacy. But will he – and the national Democrats who are subsidizing him – be smart enough to put their money someplace where it will actually improve his electoral prospects?

This news outlet has written extensively in the past on this topic. Specifically, we have repeatedly pointed out that one reason why Democrats continue losing statewide elections in the Palmetto State is their inexplicable, inexcusable (and ongoing) failure to segment and suppress a badly divided GOP electorate.

While the Republican tent has certainly grown over the last two decades in South Carolina, it has also begun pulling apart at the seams … fault lines we explored years ago (prior to the rise of Trump). And no GOP candidate is more exposed (potentially anyway) to the effective exploitation of these ideological fissures than Graham – an opportunistic chameleon with no shortage of glaring vulnerabilities.

Graham’s naked, shameless political calculation has led to a litany of flips and flops over the years … none bigger than his 180-degree turn with regard to Trump.

Can Democrats seize on these inconsistencies in ways that translate into progress at the polls, though? Perhaps …

“Republicans are in danger of losing fiscal conservatives, libertarians, social moderates, foreign policy non-interventionists and many others from various ideological backgrounds … except these voters presently have nowhere else to go,” we noted last February. “Most of them aren’t going to support a liberal Democrat.”

That remains the case today …

As a result of this underlying dynamic, all the money in the world is unlikely to push a liberal Democrat much higher than 46 percent of the vote in a South Carolina statewide election.

Which means it really doesn’t matter how much money Harrison raises if all of it gets poured into the same sinkholes.

Enter the “segment and suppress” strategy. If Democrats were smart, they would route some of their special interest money into third party grassroots efforts within the GOP base.

All the strategy requires is money … of which the Democrats clearly have plenty.

Obviously, not all Republican voters will bail on their party’s nominee (even a guy they were ready to burn at the stake as recently as October 2017) … but if they are presented with credible options, many might.

Of course the real objective of the segment-and-suppress strategy isn’t to peel votes away from the Republican nominee … it is to deny them votes.

If credible third-party petition candidates (and supportive independent expenditure organizations) are able to hammer away at particular poll-tested messages against a vulnerable opponent – particularly one with Graham’s exposed flanks – then many GOP voters may simply sit on their hands and not vote for anyone.

Which would be a victory for Harrison …

In other words, Democrats don’t need to spend their money turning out liberal voters and attacking Graham from the left – they need to wage the battle within the Republican electorate.

No … Harrison instead needs to spend his own campaign war chest running as a JFK-style centrist Democrat (appealing to independent voters in South Carolina). And his liberal supporters need to spend their money breaking up the GOP base.

That is his only path to victory …

So far, Democrats have failed to exploit this segmentation and suppression strategy.  Or even attempt it.  Instead, they have devoted their resources exclusively toward turning out their own voters – of which there are insufficient numbers to win at the statewide level (at least for the foreseeable future).

Will that trend continue in the months between now and November? Or will Harrison be the first statewide candidate to chart a new course … and break his party’s run of futility in South Carolina?

Ron Paul: Do We Need The Fed?