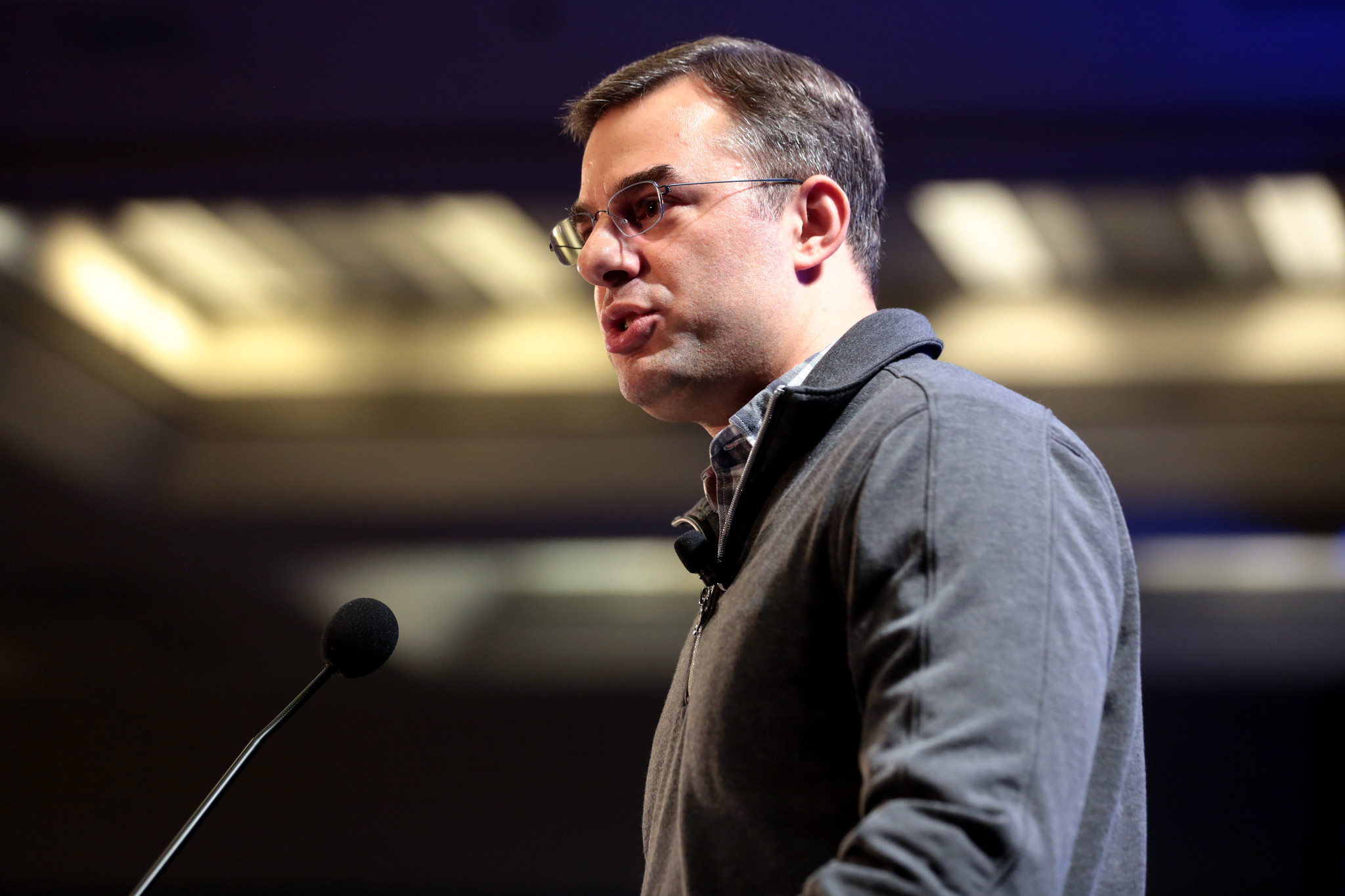 This news outlet has always admired U.S. congressman Justin Amash of Michigan. He is one of only a handful of principled pro-freedom, pro-free market votes (and voices) in our nation’s capital – a genuine liberty-minded elected official in the mold of former U.S. congressman Ron Paul.

Amash’s decision to become the first (and so far, the only) Republican in congress to call for the impeachment of U.S. president Donald Trump does not diminish our admiration for the man in the slightest … in fact, it enhances it.

To be clear: We have seen nothing (yet) to indicate Trump deserves to be impeached. If anything, we believe the real story associated with the recently concluded investigation into his administration is the manner in which America’s national security and law enforcement institutions were weaponized against then-candidate Trump during the 2016 election.

Oh, and the way Hillary Clinton was given a hall pass for her bad behavior during the same campaign …

Still, Amash makes a compelling case that Trump is not clean in all of this, and that his top aides – including attorney general William Barr – are trying to hide the dirt on him by deliberately misrepresenting the recently released report of special counsel Robert Mueller.

“Attorney general Barr has deliberately misrepresented key aspects of Mueller’s report and decisions in the investigation, which has helped further the president’s false narrative about the investigation,” Amash tweeted recently.

Amash specifically took exception to a March 24 letter sent by Barr to members of congress explaining “(Barr’s) decision not to indict the president for obstruction of justice.”

“That letter selectively quotes and summarizes points in Mueller’s report in misleading ways,” Amash wrote, adding that Barr “in subsequent statements and testimony … used further misrepresentations to help build the president’s false narrative that the investigation was unjustified.”

How was Barr’s assessment of the Mueller report misleading, according to Amash?

“Mueller’s report says he chose not to decide whether Trump broke the law because there’s an official (Department of Justice) opinion that indicting a sitting president is unconstitutional, and because of concerns about impacting the president’s ability to govern and pre-empting possible impeachment,” Amash wrote. “Barr’s letter doesn’t mention those issues when explaining why Mueller chose not to make a prosecutorial decision. He instead selectively quotes Mueller in a way that makes it sound – falsely – as if Mueller’s decision stemmed from legal/ factual issues specific to Trump’s actions.”

Wait … what? So what did Mueller uncover that Amash believes to be an impeachable offense?

“Mueller finds considerable evidence that several of Trump’s actions detailed in the report meet the elements of obstruction,” Amash noted, adding that “Mueller’s constitutional and prudential issues with indicting a sitting president would preclude indictment regardless of what he found.”

He goes on to say that Trump did not “fully cooperate” with the investigation, as Barr claimed – but rather refused to be questioned in connection with the inquiry and provided “incomplete or unresponsive” written answers to Mueller’s investigators.

Additionally, Amash noted that Mueller – who found Trump’s written responses to be “inadequate” – has chided Barr for summarizing the report in a manner that “did not fully capture the context, nature, and substance of (the special counsel)’s work and conclusions.”

“Barr has so far successfully used his position to sell the president’s false narrative to the American people,” Amash concluded. “This will continue if those who have read the report do not start pushing back on his misrepresentations and share the truth.”

Amash has been attacked by Trump and by leaders in his own party for his principled position. Trump called him a “loser,” while House minority leader Kevin McCarthy claimed the congressman “wants to have attention.”

We do not buy either of those angles of attack. And in an ironic twist, Amash has long advocated against the domestic spying that was improperly used against Trump in the first place.

In other words, Amash has boundless credibility on this subject … and just because we do not share his conclusions regarding impeachment (yet) does not mean we are going to join the ad hominem attacks against him.

Our view on this is simple: If people broke the law – or failed to enforce the law – they should be held accountable, whoever they are. It shouldn’t matter what party they belong to, what ideology they subscribe to, whether they are popular or unpopular with the public or whether they are doing a good or a bad job in the offices entrusted to them.

Unfortunately, the reflexive red team/ blue team regurgitation coming out of Washington, D.C. right now – and the intractable ideological reaction to it in the media and online – is not conducive to such rational, fact-based assessments.

Hence the assault on Amash’s credibility …

That is a shame. When right or wrong is based on the tribe you belong to – not what you did (or failed to do) – truth suffers.

Accordingly, we support Amash 100 percent in advancing his position … even if we have not come around (yet) to his way of thinking.