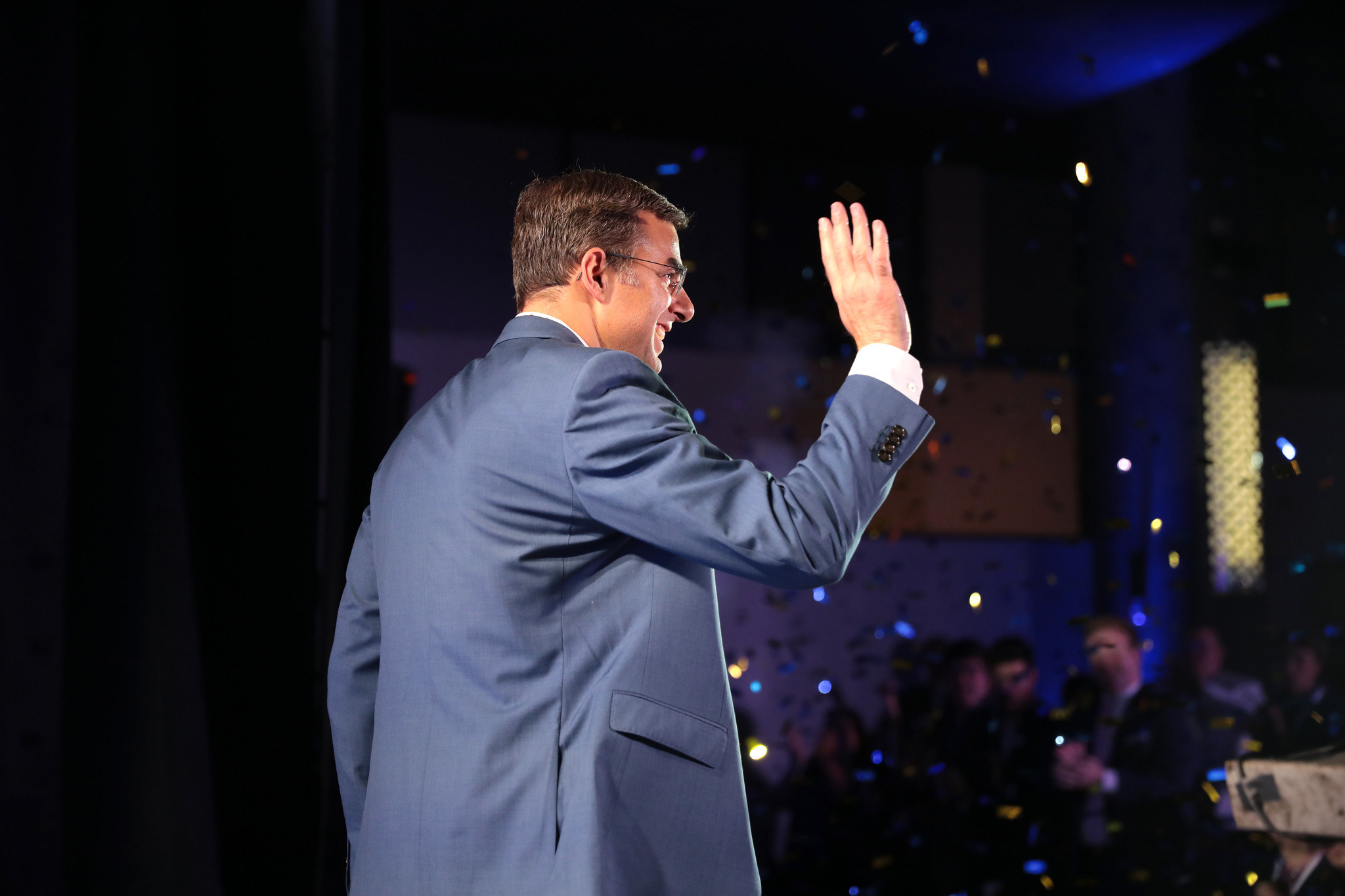 Independent U.S. congressman Justin Amash will not seek the White House in 2020 as a third-party candidate, he announced over the weekend – setting up a conventional “red team, blue team” presidential election this fall. The news was a bitter pill for many fiscally conservative, socially libertarian voters to swallow – as they had hoped the Michigan lawmaker might provide a credible alternative to the two major party candidates.

Count us among those most disappointed … as this news outlet would have likely endorsed Amash’s bid.

We have written often in recent months about there being a wide open road to 1600 Pennsylvania Avenue for a candidate like Amash.

He doesn’t see it, though … and as a result, he is calling off his exploratory bid to become the nominee of the national Libertarian party.

“I’ve spent nearly three weeks assessing the race, appearing in media, talking to delegates and donors, watching the Libertarian Party’s convention plan unfold, and gathering feedback from family, friends, and other advisers,” Amash tweeted on Saturday. “After much reflection, I’ve concluded that circumstances don’t lend themselves to my success as a candidate for president this year, and therefore I will not be a candidate.”

Amash, 40, of Grand Rapids, Michigan has represented his state’s third congressional district in the U.S. congress since January 2011. He declared his independence from the Republican party last July 4, and last December he was the only non-Democrat in the U.S. House to support the impeachment of U.S. president Donald Trump.

We did not agree with Amash on that particular vote, but we admired his principled stand – and defended him against his GOP attackers.

Amash called his exit from the 2020 campaign “a difficult decision.”

“I continue to believe that a candidate from outside the old parties, offering a vision of government grounded in liberty and equality, can break through in the right environment,” he said. “But this environment presents extraordinary challenges.”

Specifically, Amash questioned whether his campaign could generate the necessary media attention – or fundraising resources – to be competitive. He also questioned whether the American people – in the midst of the fallout from the coronavirus pandemic and its subsequent societal shutdowns – were ready for a policy debate.

And whether the American press would cover it if they were …

“Polarization is near an all-time high,” he said. “Electoral success requires an audience willing to consider alternatives, but both social media and traditional media are dominated by voices strongly averse to the political risks posed by a viable third candidate.”

“Today, most Americans are understandably more interested in what life will look like tomorrow than they are in broader policy debates, and news coverage has reflected those priorities,” Amash continued. “At the same time, fundraising challenges posed by an idled economy will hinder advertising.”

Amash is correct on both points – particularly in his concern about the coverage of the mainstream press. Accordingly, he is being incredibly practical in his decision-making.

Unfortunately, practicality is not what our nation needs right now.

What does it need? An intelligent, uncompromising voice for sensible and limited government, long-forgotten free market precepts and the foundational liberties that formed the bedrock of the American experiment nearly two-and-a-half centuries ago.

In fact, such a voice is needed now more than ever … especially considering how Trump has repeatedly bailed on his commitments to fiscal conservatism (and considering how his Democratic rival, former vice president Joe Biden, is totally unfit for office for multiple reasons).

With Amash out … who will provide that necessary voice in the 2020 election?

No one, we fear … which is nothing short of tragic.

America did not need Justin Amash to make the smart decision regarding the 2020 election, it needed him to make the right one. That decision did not require calculation, it required dedication … to a set of core American ideals that desperately need rekindling lest they be extinguished forever in our Republic.

Or rather, extinguished along with our Republic …