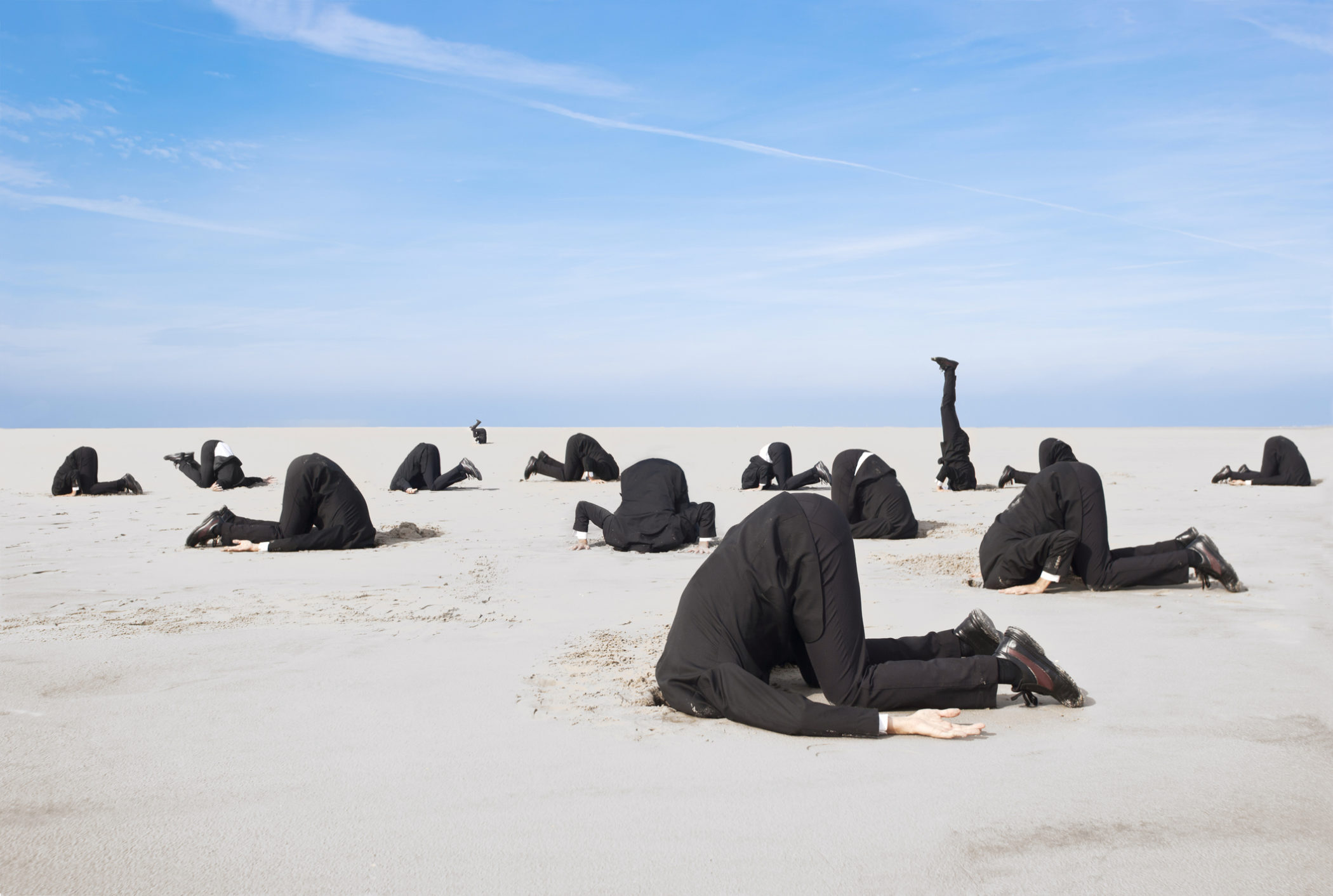 by WILL FOLKS || I promise, this is not going to be another Sunday (Monday?) morning sermon. After all, my need to preach has been fully sated after last week’s message.

When it comes to the topic on my mind today, it turns out I actually addressed it in a column published on this news site two years ago.

Entitled the “The ‘All-In’ Problem,” that post lamented the fact that we live in world in which “truth (or at least an intellectually honest attempt to arrive at it)” has all but vanished amidst “a cacophony of extremist rhetoric.”

Over the past two years, this cacophony has only gotten louder …

That is a noble sentiment (especially when confronting the sort of genuine injustice that is so rampant in our world) but I am starting to wonder: Maybe we should stop shouting and start, I dunno … talking?

More importantly, maybe we should start thinking. You know … instead of allowing ourselves to be told what to think by people who are only trying to manipulate us for their own ends.

Anyway, here is an excerpt from the post I wrote two years ago …

That’s the “All In” problem – people falling by the millions into reflexive, regurgitative, rhetorical thought patterns because they lack the inclination (or usually the time) to figure out exactly what is going on.

But it’s not all (or even mostly) their fault.

Politicians, special interests and mainstream media outlets go to great lengths to bury the truth while fomenting such “ideological infallibility” among the masses – calculatedly misdirecting frustration and rage like chess pieces, according to their narrow aims.

Their overarching objective?  Ensuring that the American people stay too dumb, too distracted and too divided … but especially too busy … to recognize the truth below the rancor.

Seriously … political campaigns in this country have become exercises in intellectual dishonesty, contests not of ideas or aspired-for outcomes, but rather of binary bloodsport aimed at the lowest common denominator.  It’s all about which interest group can purchase the most airtime to slap the most convenient, poll-tested label on a given cookie-cutter politician.

Similarly, if everyone believes they are right all the time … no one is ever wrong.

In such a climate, we are doing nothing but calcifying polarization – perpetually reaffirming preexisting perceptions, validating our autonomic responses to them and conforming our views to the herd-think of the new American tribalism.

Such is the sad construct of the “post-truth world” in which we live … and unlike so many of us who appear interminably infected by it, this disease does not discriminate.

Republicans, Democrats, Libertarians, greenies, liberals, conservatives, progressives, right-wingers, socialists, nationalists … people of all partisan and ideological stripes have become more concerned with finding company for their beliefs than figuring out what it is they actually believe. Genuine, independent thoughts have become the equivalent of endangered species … unsafe to allow passage through your synapses, let alone utter aloud.

Speech is free, sure … but what does it matter if no one puts any thought into what they are saying? And if everyone is constantly looking over both shoulders before they offer an opinion?

I’m not talking about the all-seeing eye of the government or the escalation of online thought policing, either – although the biases of most popular search/ social/ media apparatuses have become painfully self-evident.

No, I’m referring to something even more sinister. I’m talking about self-censorship in the name of finding a “safe space” for your views. Or more accurately, the views that your tribe wants you to think are your own.

That is the most dangerous thought policing there is … when you feel compelled to censor yourself. Or when you seek the easy opinion over the hard truth.

In the run-up to the 2016 U.S. presidential election, this news outlet endorsed Donald Trump – a politician who has clearly become the focal point (and fomenter-in-chief) for much of the contemporary discord in our nation.

Do I regret that endorsement? Yes … but not because Trump (above) has an itching inferiority complex and an even itchier Twitter finger.

Honestly, I tend to enjoy Trump’s trolling of the easily offended – marveling at the level of unhinged snowflakery associated with those who have conniptions when they ought to be tweeting eye roll emojis instead.

“You are giving me the power to offend you by being offended,” a friend of mine once said. “So technically if you are offended it’s your own f*cking choice. Which is why I don’t believe in being offended.”

No, I regret this news outlet’s 2016 presidential endorsement because I have taken the time to look at the numbers – and the numbers show Trump has not done what he said he was going to do. After promising to cut government spending, eliminate annual deficits and provide long-overdue tax relief for the American middle class, Trump has instead ballooned the budget and sent the debt soaring – all while providing a tax cut that was unfairly skewed toward corporations and the über-wealthy.

Is his plan to “Make America Great Again” working?

But economic inefficacy aside, as a fiscal conservative I simply cannot abide politicians who perpetuate the bankruptcy of the American Republic. Particularly those who promised they would be different – who in fact overcame all sorts of obstacles in the name of being different.

Here is the key point, though: My agnostic views toward Trump are not based on emotion. Or personality (Trump was actually quite pleasant the two times I met him). Nor are they based on slanted media coverage (pro or con) or reactionary online groupthink.

My views on him (and any politician, organization or issue) are rooted in dollars. Percentages. Policies. Outcomes. They flow from the consistent application of data, logic and common sense.

Oh, and in trying to be consistent … judging everyone by the same standards.

Consider this:What sort of credible voice for fiscal conservatism would I be if I berated former president Barack Obama for creating trillion-dollar deficits – but then chose to ignore these deficits under Trump?

Unfortunately, when people go “all in” they lose all perspective (and all conception of intellectual honesty). Defending the tribe or upholding a cult of personality becomes more important than seeking – and speaking – the truth.

And “speaking of speaking,” the problem isn’t just the elevated volume of certain strident voices whose sole purpose is to ramp up anger and stoke division within our marketplace of ideas … it is the accompanying sins of silence.

Has our conception of virtue really become dependent on increasingly indistinguishable partisan labels? And have our views on vice similarly become bound by an individual’s ideological identifiers?

Because the last time I checked, right and wrong don’t work that way …

In other words, don’t condone – or stay silent – when someone on your “team” does the exact same thing that caused you to fly into a rage against a partisan or ideological antagonist.

Also, be willing to listen to those challenging your established belief system. Don’t shout them down, threaten them or block them but engage them substantively. Factually. Honestly. After all, if your ideas are really as good as you think they are (and theirs are really that bad), you are going to want them shouting what they have to say from the rooftops.

This is why in addition to holding politicians at all levels of government accountable to the same metrics (or trying to) I have adopted an open microphone policy on my news outlet – allowing anyone to speak their mind on any issue they choose.

If I am right and they are wrong, people will see that … but if I am wrong and they are right, then I am smarter for letting them share.

One last point and then I’ll stand down from the soap box: While it is increasingly hard to see it, never forget this: We are not living in a post-truth world.

Let me repeat that because I think it bears repeating: We are not living in a post-truth world.

Truth keeps getting pushed down and crowded out … suffocated to the point we are left with little choice but to declare it dead on arrival by the time it reaches our televisions, tablets and smartphones. Because so much of what fills those screens is a far cry from the truth.

But that doesn’t mean truth isn’t there … we just have to dig a little harder for it these days.

As the screenwriters of the hit HBO series Chernobyl so eloquently put it, “truth is always there, whether we can see it or not.”

And each one of us is accountable to it …

SC2: Joe Wilson’s Challenger Looks To Build On Her Momentum

The Real Estate Industry Is Freaking Out

USA: Still The One?