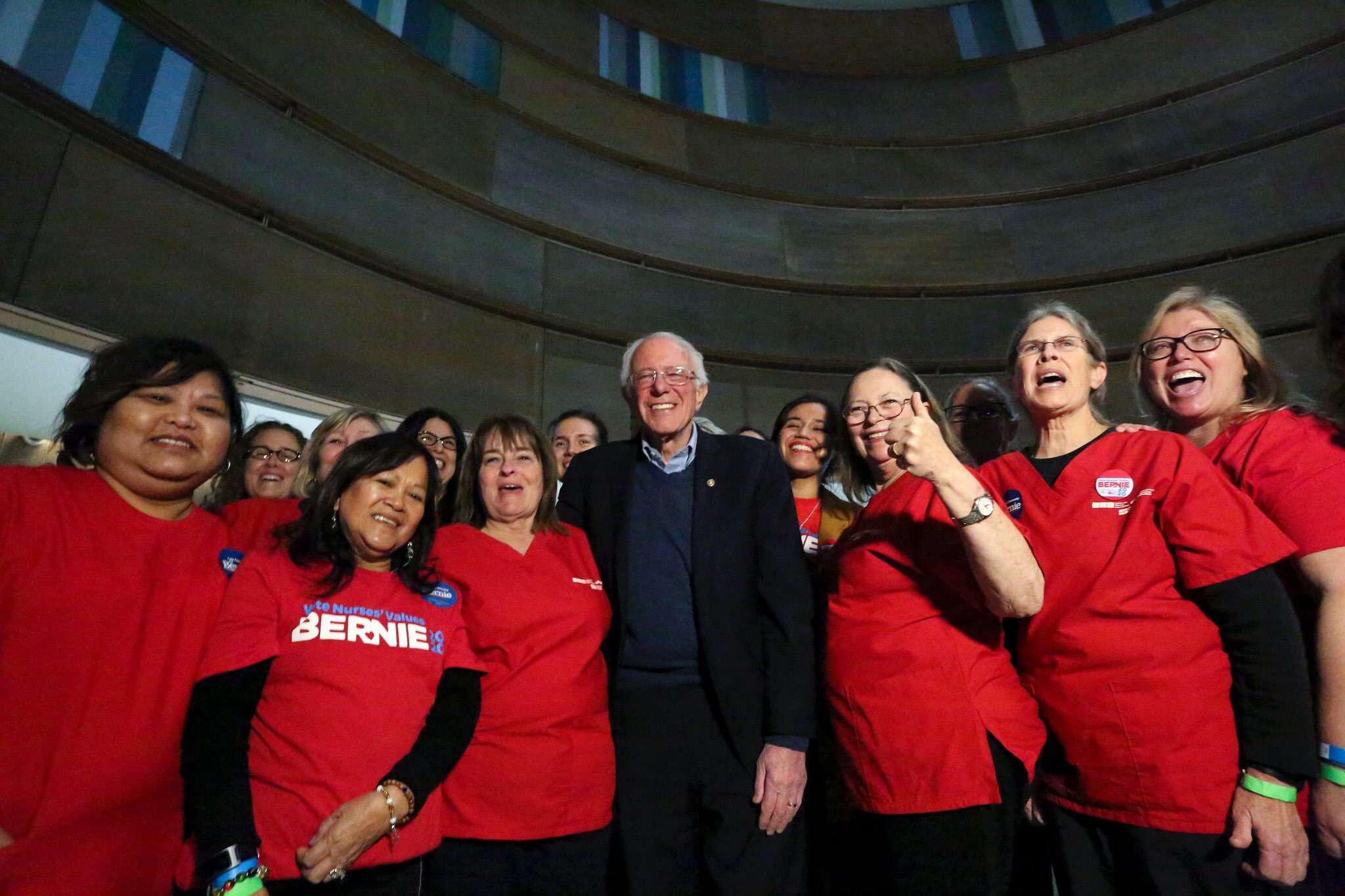 Well … that is the candidate we suspect organizers of “Operation Chaos 2020” will announce as their crossover “target” on Tuesday, February 25 at 12:00 p.m. EST – which is when they are scheduled to gather outside the Greenville county council chambers (301 University Ridge, Greenville, S.C. 29601) for a press conference.

Republicans are free to crossover and vote in Democratic elections given South Carolina’s status as an open primary state, but they are far more likely to do so given the S.C. Republican Party (SCGOP)’s controversial decision to cancel its own “First in the South” primary this year.

More on that in a moment. First, the latest machinations …

“The majority of South Carolina Democrats support (former) vice president Joe Biden,” said Pressley Stutts, chairman of the Greenville Tea Party and an organizer of the crossover effort. “Part of our goal is to take that win from them. Strategy matters. Along with the other leaders of this effort, I had to determine which Democrat presidential candidate we should vote for to best achieve our objectives.”

Other leaders of the crossover movement – which is centered in the socially conservative northwestern corner of the Palmetto State (a.k.a. the “Upstate”) – have made it clear to their conservative followers that they are to vote for Sanders, believing him to be the least electable of the would-be November 2020 opponents of U.S. president Donald Trump.

Is that still a good bet, though? Hmmm …

According to our sources, Stutts group will follow suit and announce Sanders as its “target” on Tuesday.

Will any of this meddling matter? Quite possibly …

Polls show a tightening battle in South Carolina between Biden, Sanders and liberal billionaire Tom Steyer, who has shamelessly revived the time-honored Democratic tradition of “buying the black vote.”

In a close race, otherwise “insignificant” additions to a candidate’s vote total – such as those likely to be achieved via an organized crossover voting campaign – could prove decisive.

We wonder: Was this the goal of canceling the SCGOP primary all along?

The GOP activists involved in these efforts claim their intentions are pure. Like the Trump 2-29 movement organized by Upstate conservative activist Stacy Shea, the organizers of “Operation Chaos 2020” say their primary goal is to get South Carolina to close its primaries – i.e. forcing voters to register with a particular party before they would be allowed to vote in its primary elections.

Currently, South Carolinians can vote in either the Democratic or Republican primary without having to register by party – although they are not allowed to vote in both primaries.

One Democratic lawmaker has sponsored legislation that would do just that, although other Democrats have mocked the GOP crossover movement as being the work of “Upstate yahoos.”

In addition to making the case for closed primaries – and impacting the outcome of the Democratic primary – the crossover movement has another objective: Payback.

“For decades now, South Carolina Democrats have meddled in our primaries, voting for the weakest Republican candidates and cancelling out votes for more conservative candidates,” Brown said. “We want them to understand how serious and egregious this is.”

Brown (above) added that he hoped the crossover movement would “assist the reelection of the President by extending and exacerbating the division among the Democrats.”

Frankly, Democrats don’t appear to need much help on that front as they are deeply divided, not unlike the GOP was four years ago prior to Trump’s ascendancy.

The real issue as far as we are concerned? How all of this started … and where it could be going.

Assuming Sanders were to win South Carolina by a narrow margin – thanks in part to GOP crossover support – we would expect there to be a renewed national focus on the controversial origins of the SCGOP’s decision to cancel its primary. As we have previously noted, this move was an admitted sop to Trump – although SCGOP leaders later tried to rationalize the move as an attempt to save taxpayer money (like that’s something South Carolina Republicans would do … LOL).

The decision flagrantly violated party rules (and state law) – yet was surprisingly upheld by S.C. circuit court judge Joceyln Newman, whose ruling we rebuked as “not only wrong” but “demonstrably false.”

Again, state law in South Carolina requires that presidential preference primaries be conducted in accordance with the rules of the two major political parties – and the SCGOP’s rule unambiguously called for a primary to be held in 2020.

Party leaders were permitted to change the date of the election – or schedule a primary if one was not authorized by its convention delegates – but they were not allowed to cancel the election.

Why did they violate this rule? And, by extension, the law?

Good question. In covering this issue in previous posts, we have explored how Trump’s political advisors may have been worried about the short-lived primary challenge launched by former South Carolina governor Mark Sanford (clearly they shouldn’t have been concerned about that) – or about a potential national narrative focusing on the adverse impacts of Trump’s trade war on the Palmetto State.

We also explored how the goal might have been exactly what is now unfolding … an organized effort to weaken Biden and elevate an ostensibly “unelectable” Democrat into contention for the nomination.

Or in this case … an avowed socialist.

Whatever the reason, we repeatedly urged party leaders not to go down the path of disenfranchising the state’s GOP voters.

“This is bigger than politics. Or ideology. This is about American democracy and the fundamental, (we presumed) unassailable right of American citizens to participate our Republican form of government,” we wrote last summer.

They did not listen …

Our question: Why is this not bigger national news?

After all, the national media remains obsessed with the narrative that Trump is anti-Democratic, colluding and conspiring with all manner of nefarious actors to meddle in national elections. Why are they not pouncing on this? We have always regarded such electoral meddling notions as far-fetched, but when it comes to the 2020 “First in the South” presidential primary there are several legitimate questions that we believe need to be asked … and answered satisfactorily.

Who told the party that breaking its rules/ state law was in Trump’s best interest?

Was the party instructed to cancel its 2020 primary, and if so, by whom?

When was this directive communicated?

Was the Trump reelection campaign involved in communicating this directive?

Was anyone in the White House involved in communicating this directive?

Why are no national media outlets asking any of these questions?

Still, the “First in the South” Republican presidential primary cancellation was clearly undertaken in direct contravention of SCGOP rules, which means it was undertaken in direct contravention of state law. More importantly, it was (and is) definitionally disenfranchising. That is a big deal under any circumstances, but it has become a huge deal now that this opening is being exploited in such a manner as to possibly help determine the outcome of the Democratic nominating process.