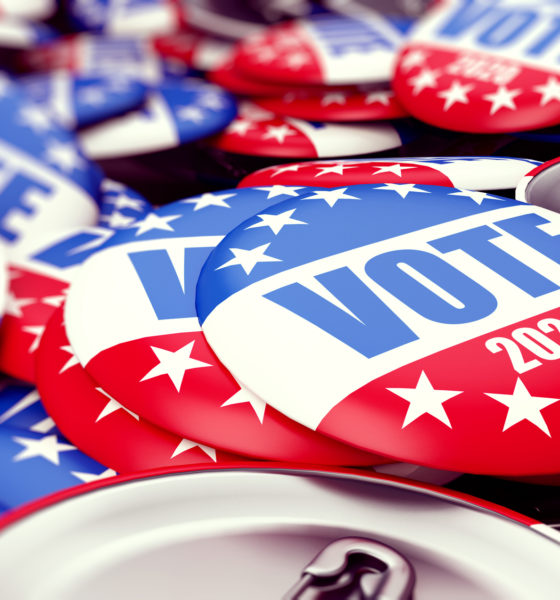 In repeatedly editorializing against the South Carolina Republican Party (SCGOP)’s decision to cancel its “First in the South” presidential primary, this news outlet has focused our ire primarily on the mass disenfranchisement of GOP voters.

With multiple Republicans challenging incumbent Donald Trump, GOP voters should have the right to participate in the selection of their party’s nominee – just as Democrats are currently attempting to pluck their nominee from a 24-person clown careening off the far left of the American political spectrum.

It is only fair …

Anyway, now that SCGOP leaders have violated their own rules and called off the quadrennial affair … we must now turn our attention to the “other” component of this anti-democratic decision.

(You know, before the inevitable lawsuits are filed).

Back in February, we penned an editorial entitled “First in the South Funny Business” that raised some interesting hypotheticals.

“What if the real goal of South Carolina Republicans in canceling their primary isn’t to shield Trump from a likely Quixotic GOP challenge?” we wrote. “What if the ultimate objective is something more … sinister?”

Specifically, we noted that in an open primary state like South Carolina “there is absolutely nothing to prevent GOP voters from crossing over and casting ballots in the Democrats’ (race),” and that “the absence of a GOP primary … would dramatically escalate the potential for such crossover voting.”

Would Republicans leverage this crossover potential on behalf of “organized mischief?” In other words, would GOP voters “infiltrate the Democratic primary en masse and help defeat the candidate who pose(d) the greatest threat” to Trump?”

At the time, it was just a theory …

Earlier this week, one of Upstate South Carolina’s more prominent GOP activists – Stacy Shea – posted a message to her Facebook page inviting her followers to “create a wave of crossover into the Democratic primary.”

Yesterday, Shea (below) followed up her message with a more specific invitation to fellow activists.

“Are you willing to help organize crossover efforts into the (Democratic) primary in your area?” she wrote, urging them to respond to her by commenting on her post or sending her a private message.

Among those who commented? John Steinberger, a veteran Lowcountry Republican activist and editor of Lowcountry Source – one of the Palmetto State’s more successful new media ventures.

Steinberger wrote to Shea that he was willing to join her effort, “but not until we get much closer to the primary.”

“Polling will help us figure out where to steer it!” Steinberger added.

We spoke with a prominent Democratic strategist earlier this week who told us the likelihood of Republicans organizing a successful crossover effort was low because “most Republicans don’t want on their public record that they voted for a Democrat.”

Certainly those running for office in South Carolina do not …

Also, our guess is that getting Republicans to agree on which Democrat they should “steer” votes toward would likely be a combative process.

And exceedingly difficult to implement …

But still … the potential for mischief remains.

Our view? This news outlet takes a dim view of both Republicans and Democrats. We have long regarded the two major parties as different sides of the same coin, focused exclusively on the preservation of power at the expense of their constituencies. Like many others, we long for credible alternatives in the electoral marketplace – candidates who genuinely believe in the promise of more freedom (individually and economically) instead of the guaranteed failure that comes with more government and deeper debt.

Having said that, people ought to be free to vote as they see fit … for any reason they choose. In whatever primary they choose.

Accordingly, our real beef in this matter is not with SCGOP activists – who are merely exploiting the circumstances they have been presented with – but with the party leadership that has created the circumstances in the first place.