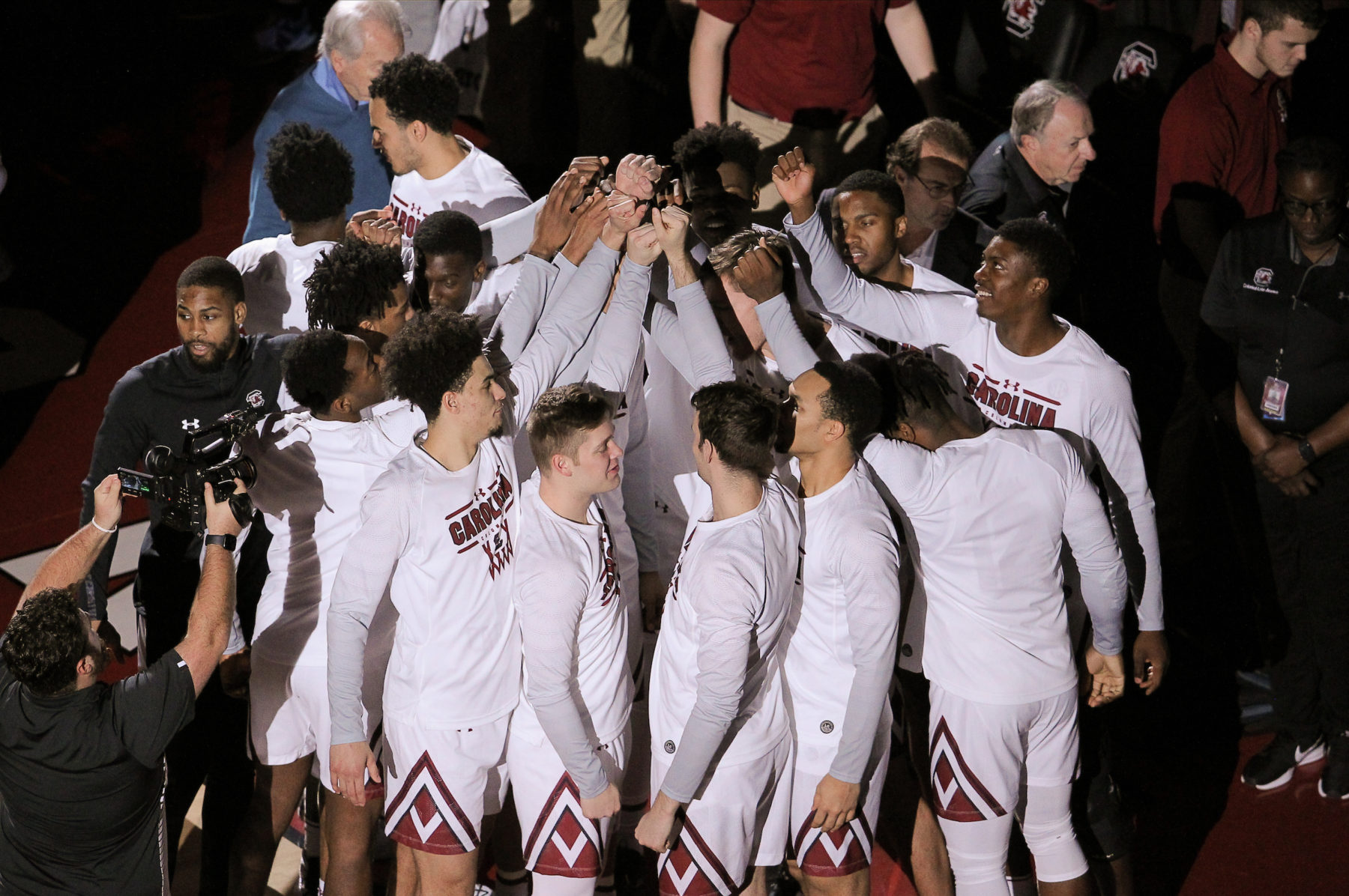 The sound of a “pop” hasn’t been heard just yet, but the University of South Carolina men’s basketball team is perilously close to putting a pin through its bubble and missing out on the NCAA Tournament for the third season in a row.

After head coach Frank Martin’s Gamecocks had clawed their way into the postseason conversation last week, the 2019-2020 season has suddenly started to slip away from them.

First, South Carolina (16-11, 8-6 SEC) fell on the road last Wednesday to Mississippi State – another team on the NCAA bubble. Then, on Saturday, an LSU squad that was mired in a late-season swoon thoroughly outplayed the Gamecocks on their home court at the Colonial Life Arena.

The two losses have eliminated any margin of error for Martin’s team – which in all likelihood needs to win all four of its remaining regular season games (and at least one game in the 2020 SEC tournament in Nashville, Tennessee next month) to punch its ticket to the Big Dance.

Is that possible? Yes. Is it likely? Eh …

South Carolina’s current ratings percentage index (RPI) ranking is No. 69, although as we have previously noted embarrassing home losses to Boston University and Stetson – two “quad four” teams – will likely loom large in the minds of the selection committee.

The “quad” system is complicated, but basically any team you play at home with an RPI ranking worse than No. 161 … you really, really need to beat that team.

South Carolina didn’t do that … twice.

The most frustrating thing for Martin (above)? His team would likely be a lock for the tournament right now if it could do one simple thing: Hit free throws.

Unfortunately, the Gamecocks continue to rank No. 345 (out of 350 Division I programs) in free throw percentage – connecting on an anemic 61.8 percent of shots from the charity stripe.

In his eighth season in Columbia, Martin has posted a 145-117 mark (.553) as the Gamecocks head coach – leading the team to the NIT in 2016 and the program’s first-ever Final Four the following year.

Since then, however, back-to-back middling campaigns have frustrated Martin – who is under contract at South Carolina through 2023 to the tune of more than $3 million a year.

This news outlet has praised Martin for his “intensity, and his hard-nosed approach” to coaching, but we have also noted he has a tendency to “deflect and blame-shift when he faces criticism that is clearly justified.”

For example, Martin blamed his team’s loss to LSU – its second consecutive gut-check defeat – on a lack of preparation time due to the late tipoff of the previous game.

“It was very hard to prepare the team for (Saturday),” Martin said. “We got home at three o’clock in the morning Wednesday night. On Thursday, there’s only so much you can do. To deal with the physicality and the style of play that they play with five perimeter guys, we basically could only spend one day trying to get ready for that.”

Martin’s team will embark on its must-win slate of games on Wednesday night at home against Georgia (No. 98 RPI). After that, it will travel to Tuscaloosa on February 29 for a road game against Alabama (No. 55 RPI). Next is the final home game of the season on March 3 – a rematch against Mississippi State (No. 51 RPI). Finally, South Carolina will close out its regular season with a trip to Nashville to play Vanderbilt (No. 210 RPI) on March 7.

“Selection Sunday” will take place on March 15 following the conclusion of the various conference tournaments, which tip off on March 11.

What do you think? Will the Gamecocks go dancing in 2020? Vote in our poll and post your thoughts in our always lively comments section …

Will the University of South Carolina men's basketball program make the 2020 NCAA tournament?