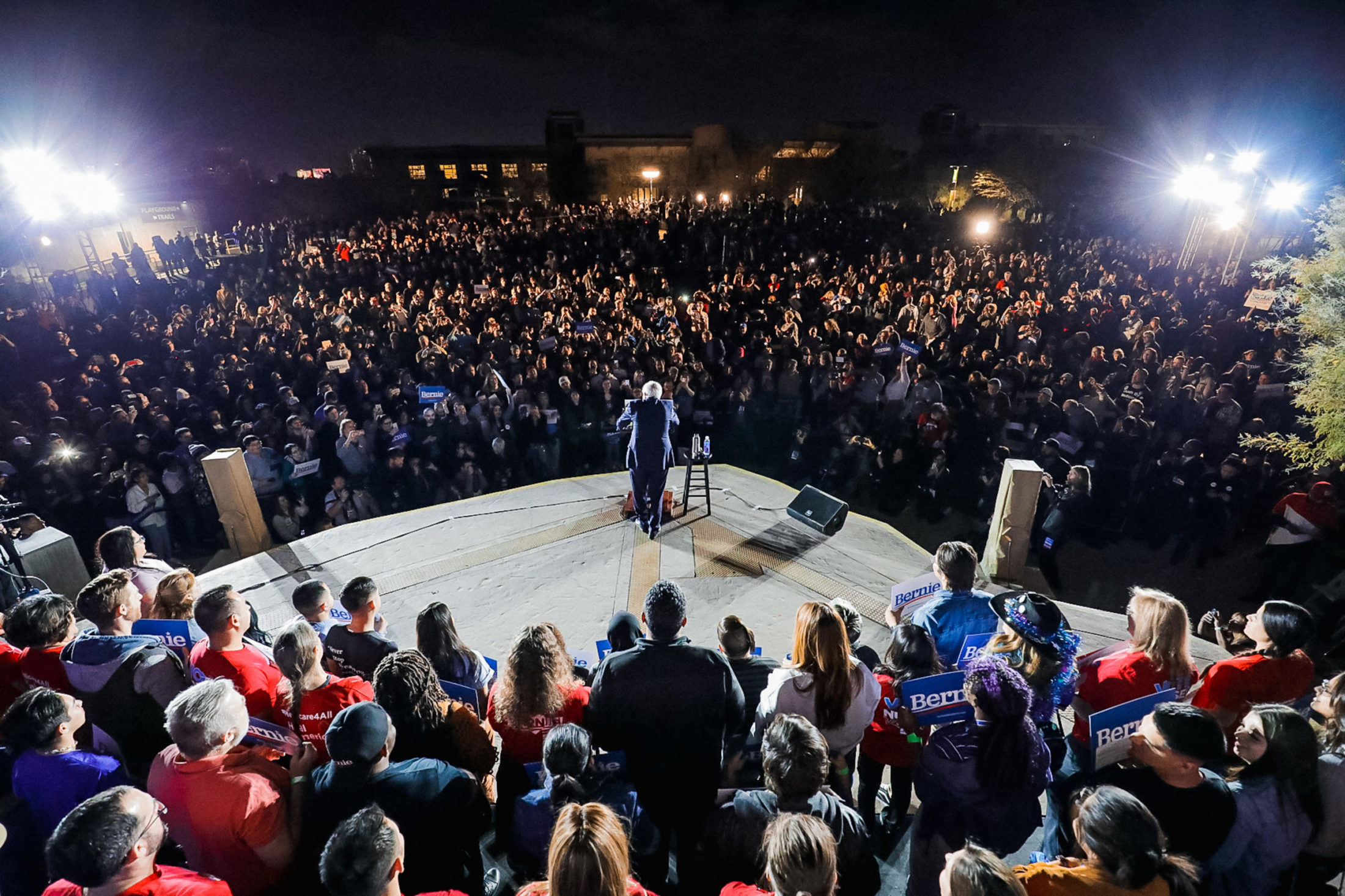 Divided Democrats’ increasingly acrimonious, chaotic bid to win back the White House from U.S. president Donald Trump is continuing to unspool before their very eyes – with socialist U.S. senator Bernie Sanders of Vermont crushing the field to win the Nevada caucus on Saturday, solidifying his status as the early frontrunner in the race.

After having the 2016 vote rigged against him, though, Sanders’ frontrunner status is far from secure … especially with multiple credible (and arguably more electable) candidates remaining in contention.

Oh, and with the party establishment still gunning for him …

Can the “Bernie Bros.” overcome all of that?

And perhaps more ominously for Democratic strategists, what happens if they can’t?

The presence of so many potentially viable candidates has dramatically reduced the likelihood that any one of them will enter the 2020 Democratic National Convention in Milwaukee, Wisconsin with enough delegates to capture the nomination on the first ballot. That could result in the first brokered national convention since 1952 – a prospect which threatens to shatter party unity ahead of a contentious general election.

Especially if Sanders is denied the nomination a second time …

For now, though, momentum is clearly on the side of Sanders (above) … who narrowly won the popular vote in the Iowa caucus, narrowly won the New Hampshire primary and could benefit from significant GOP crossover support in early-voting South Carolina, which hosts an open Democratic presidential primary on Saturday.

Despite Sanders’ boasts of a “multigenerational, multiracial coalition” following his big Nevada win, he continues to struggle mightily with black voters in South Carolina.

According to the latest CBS News/ YouGov poll, only 23 percent of black voters in the Palmetto State viewed the socialist as their first choice for the Democratic nomination. That is better than the 17 percent who backed him in the same poll in November, sure … but Steyer is the candidate gaining most of the late-breaking traction within this key demographic (even if he did have to pay for it).

According to the same survey, Steyer has seen his black backing in South Carolina surge from 2 percent in November to 24 percent today.

Who is losing black support? Biden. According to the CBS/YouGov poll, 35 percent of black voters in South Carolina now back his candidacy – down from 54 percent in November.

We wonder: Will U.S. majority whip Jim Clyburn of South Carolina be able to bail Biden out of this jam?

While a case can be made that Sanders has already exceeded expectations in the Palmetto State, his path to the nomination remain a perilous one. This is especially true now that his rivals are beginning to exploit his most glaring vulnerability … the radical socialism that they believe renders him unelectable in November.

“(Senator Sanders) believes in an inflexible, ideological revolution that leaves out most Democrats, not to mention most Americans,” Buttigieg said in the aftermath of the Nevada vote. “Senator Sanders believes in … kicking people off their private (health insurance) plans and replacing it with a public plan, whether they want it or not.”

Amazing, isn’t it? Sanders is too far left for even the far left fringe …

Buttigieg proceeded to echo a Democratic refrain you will be hearing a lot of in the coming weeks … namely that having Sanders at the top of the national ticket is going to cost the party its majority in the U.S. House.

“Sanders is ignoring, dismissing, or even attacking the very Democrats we absolutely must send to Capitol Hill,” Buttigieg said.

That line of attack was also put forth by the Bloomberg campaign.

“This fragmented field is putting Bernie Sanders on pace to amass an insurmountable delegate lead,” Bloomberg’s campaign manager Kevin Sheekey told Fox News. “This is a candidate who just declared war on the so-called ‘Democratic Establishment.’ We are going to need Independents AND Republicans to defeat Trump – attacking your own party is no way to get started.”

Not everyone is sold on the notion of Sanders’ un-electability, though.

“The idea that he’s unelectable is just belied by too much evidence,” noted Josh Marshall of Talking Points Memo. “The most important is this: pollsters have been polling a Sanders versus Trump contest for over a year. Virtually every one of those polls has shown Sanders beating Trump. The great majority show him beating Trump by margins that make an electoral college win very likely.”

Marshall qualified his assessment, though, adding that “Sanders has simply never faced a concerted negative campaign,” which he believes is one of several reasons why his early numbers over Trump “will not hold up.”

Any way you slice it, the 2020 Democratic nominating process is shaping up far better for Trump than anyone could have possibly imagined … which is particularly important for the incumbent considering the American economy (which was supposed to be Trump’s strong suit) is not hitting its targets of late.

Bottom line? If Sanders is the nominee … or if he is denied the nomination via a brokered convention … Trump’s reelection prospects benefit tremendously.

Hatred of Trump was supposed to unite the left. So far, though, that is not what is happening … at all. And the deeper we get into the convention calendar without a presumptive nominee, the worse things get for divided Democrats.