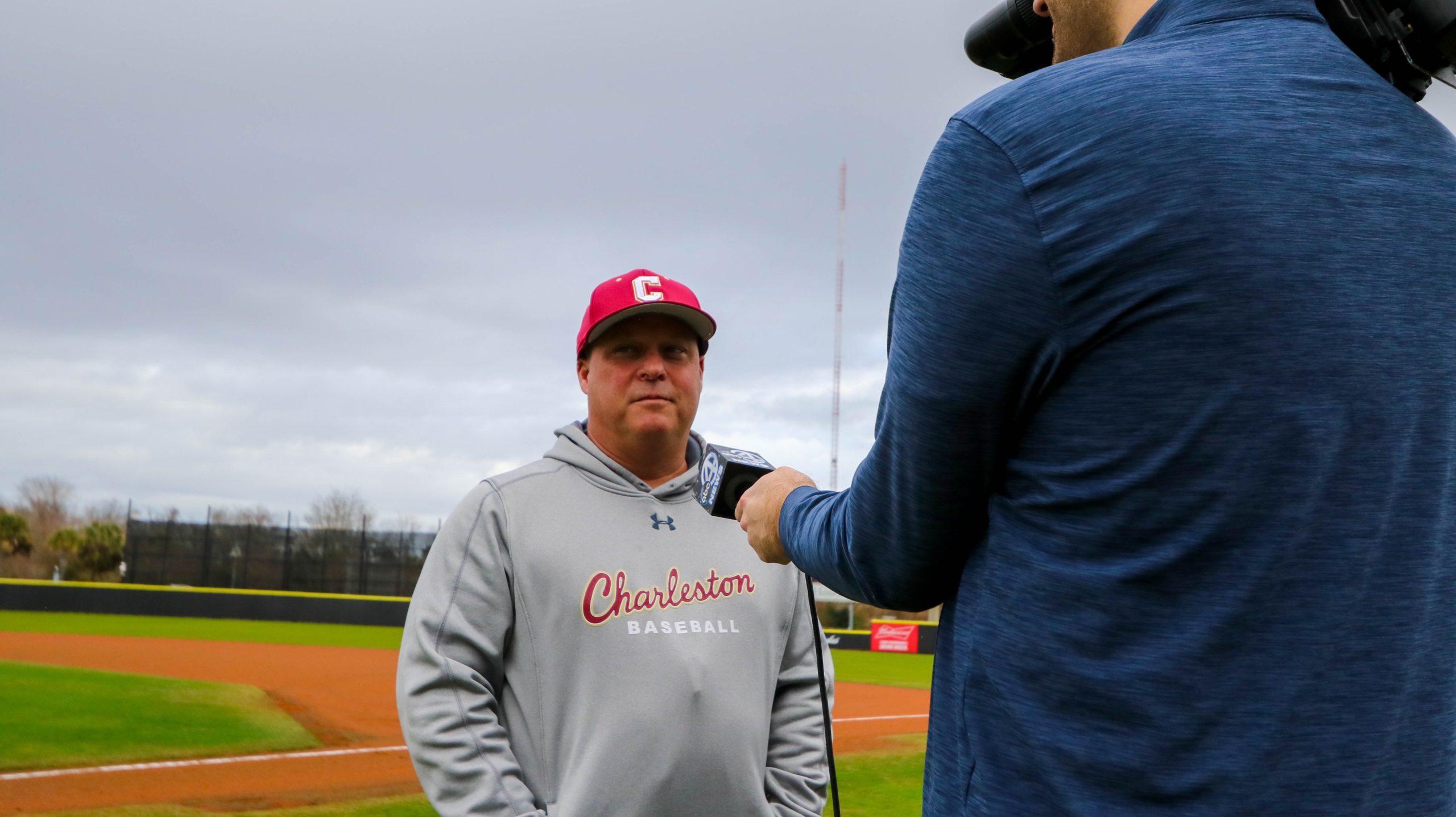 A little over two years ago – before its baseball program was embroiled in scandal – this news outlet opined that College of Charleston head coach Chad Holbrook needed to schedule some tougher opponents to fully redeem himself after a disastrous coaching stint in Columbia, S.C.

Holbrook – who was forced out in 2017 at South Carolina after five unimpressive seasons – had “put together quite the cupcake calendar for his upcoming redemption tour,” we noted at the time.

“For Holbrook to achieve the redemption he seeks, he’ll need to succeed in the 2018 postseason and get to work scheduling tougher opponents for 2019,” we concluded.

Nor did he schedule tougher competition last year.

In fact, Holbrook actually scheduled a weaker slate in 2019 than he did in his inaugural season in the Lowcountry.

According to Warren Nolan’s 2019 strength of schedule rankings, Holbrook’s team faced the No. 147 most difficult schedule in America last year – with its opponents winning less than half of their games. According to rankings posted by D1Baseball.com, it was even worse – with the Cougars facing the No. 152 schedule in the nation.

In Holbrook’s first year, the Cougars played the No. 125 schedule in the nation according to Nolan and the No. 119 schedule per D1Baseball.com.

By contrast, in 2016 the College of Charleston played the No. 37 toughest schedule in the nation according to Nolan.

How has Holbrook fared against his cupcake slates? The 49-year-old coach went 36-19 two years ago and 36-20 last year – resulting in a 72-39 overall mark that includes a 31-16 record against Colonial Athletic Association (CAA) opponents.

In five years at South Carolina, Holbrook posted a 199-105 record with an 81-67 mark in Southeastern Conference play.  His squad began the 2017 season ranked fourth in the nation, but dropped eight consecutive SEC series to close out the year – missing the NCAA tournament for the second time in three years.

Holbrook (above) has not made the NCAA tournament since taking over at College of Charleston. By contrast, former Cougars’ head coach Monte Lee led the program to four NCAA appearances (including a super regional appearance) during his seven years at the helm of the program from 2009-2015.

Lee has also guided Clemson to the NCAA tournament in each of his four seasons in Tigertown.

Not surprisingly, fans in Charleston are getting restless – and the scandal that dominated headlines last year didn’t help. To recap: Holbrook and College of Charleston athletics director Matt Roberts were accused of committing perjury and destroying evidence in connection with a recently settled federal lawsuit filed by former Cougars’ coach Matt Heath.

The evidence presented in connection with the Heath lawsuit was damning – but the school stuck with Roberts and Holbrook anyway, going so far as to issue a statement saying the embattled pair still had “the confidence and support of the college.”

The scandal also made waves in Columbia, S.C. after documents published in connection with the lawsuit made it clear that Holbrook was communicating with Roberts about the Charleston job while the Gamecock program was collapsing.

Messages obtained between Holbrook and his father – Eddie Holbrook – were especially incriminating.

In one of these messages – dated May 15, 2017 – Holbrook’s father texted him inquiring as to “the latest at Charleston.”

“He text(ed) me today and said let’s make it happen,” Holbrook responded, ostensibly referring to Roberts.

That exchange took place three weeks before Holbrook resigned under pressure at South Carolina – at the same time the Gamecock program was entering its late-season swoon.

In another message, Holbrook informed his father that while he had “a lot of big time people” lobbying South Carolina athletics director Ray Tanner to keep him in Columbia, S.C., he was still actively pursuing the College of Charleston gig.

“Matt wants to do it,” Holbrook wrote to his father on May 30, 2017, a week before his resignation. “(J)ust waiting to see if they will handle buyout of current coach.”

Heath didn’t get a buyout. Roberts fired him for cause … which is what prompted the lawsuit revealing all of these machinations.

Of interest? In a previously unreleased message sent from Eddie Holbrook to his son on July 2, 2017 – three weeks before the latter was named the head coach in Charleston – the cupcake strategy was expressly outlined.

“You should position yourself to assure that you win or your future is severely damaged,” Eddie Holbrook wrote. “Watch your scheduling. Don’t overschedule until you are confident you have a good club.”

That is twenty games (over a third of the schedule) against teams that did not even rank among the top 200 programs in the nation in 2019.

“Hardly any games against teams that made (the) postseason last year,” one disgruntled fan told us. “We will win a bunch of games. Hype will be grand simply because of (the) record and I’d guess Holbrook will be up for another raise/ extension from his buddy athletics director.”

Which brings us to the worst part of all this …

A whopping $205,000 of Holbrook’s compensation comes from South Carolina taxpayers, per the latest data posted by the S.C. Department of Administration (SCDOA). Meanwhile, Roberts is pulling down $230,000 from the state for his “efforts.”

In case you haven’t noticed (or in case you are new to this news outlet), we believe in holding people and institutions accountable for the outcomes they produce – including the outcomes of athletics programs at government-subsidized institutions of higher learning. Unfortunately, on far too many fronts the citizens of South Carolina have been conditioned to accept failure.

And state government, even more unfortunately, continues to reward those responsible for this chronic failure with more money (see here, here, here, here and here for just a few recent examples).

When will this vicious cycle end?

Again, only when people (and certain friends in the mainstream media) stop tolerating it …

Personally, we believe Holbrook and Roberts should have lost their jobs based on the allegations contained in the Heath lawsuit – which were buttressed by clear and convincing evidence obtained via extensive, methodical forensic analysis of electronic communications. The fact they didn’t, quite frankly, speaks volumes as to the lack of integrity at this government-run institution.

Anyway, good luck Cougars … you probably won’t need it (although Holbrook’s team did have to rely on 20 come-from-behind wins against its anemic 2019 slate).