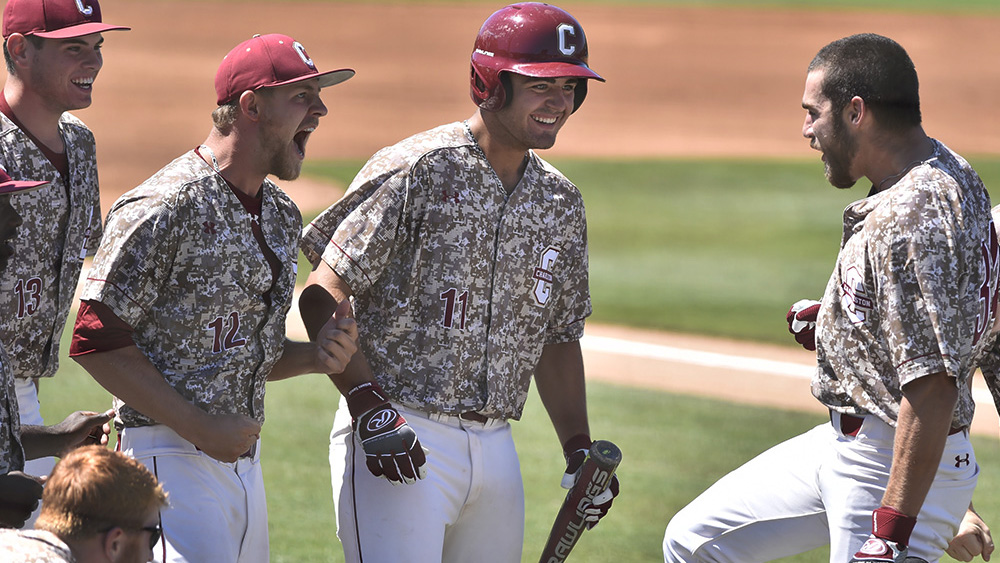 The College of Charleston baseball team released its 2018 schedule this week, which the program claims includes matchups against “some of the top squads in the nation.”

Is that statement accurate?

First year head coach Chad Holbrook – who was forced out after five unimpressive seasons at South Carolina – has put together quite the cupcake calendar for his upcoming redemption tour.

The Cougars are entering their fifth season of play in the Colonial Athletic Association (CAA).  They started off hot in their new conference, posting a 36-9 mark in 2014 and 2015 en route to a pair of NCAA tournament appearances (including a super regional appearance in 2014).

After head coach Monte Lee left to take the reins of the Clemson program, the team has gone 25-23 in conference play – and finished three games below .500 overall this year.

Can Holbrook turn things around?  Maybe, but his team isn’t facing much in the way of competition.

According to a review of the Cougars’ 2018 schedule, only one of their upcoming opponents – CAA champion Delaware – played in the 2017 NCAA tournament.  The Hens didn’t last long, either, getting bounced from the postseason after back-to-back losses at the Lubbock, Texas regional.

Based on ratings percentage index (RPI) data, only one of the Cougars’ 2018 foes (Holbrook’s Gamecocks) finished in the top fifty nationwide last season.

Holbrook’s new team will no longer play Clemson (which it faced four times in the last two years) – or any Atlantic Coast Conference opponent, for that matter.  The school will also play 2016 national champion Coastal Carolina just twice – after playing the Chanticleers three times in 2017 and four times a year ago.

“Pretty disappointing as a fan,” one Cougars’ supporter told us. “Not much to look forward to on this schedule.”

Honestly, the only game on this slate worth getting fired up about is a May 9 matchup against Holbrook’s former team, which will be playing its first season under new head coach Mark Kingston.

In five years at South Carolina, Holbrook posted a 199-105 record with an 81-67 mark in Southeastern Conference play.  His squad began the 2017 season ranked fourth in the nation, but dropped eight consecutive SEC series to close out the year – missing the NCAA tournament for the second time in three years.

Holbrook signed a five-year deal with the College of Charleston in July that will pay him $165,000 this season.

We’ve got nothing against Holbrook – and we wish him every success in his new job.  Of course success against such a weak schedule won’t exactly be anything to write home about.

For Holbrook to achieve the redemption he seeks, he’ll need to succeed in the 2018 postseason and get to work scheduling tougher opponents for 2019.