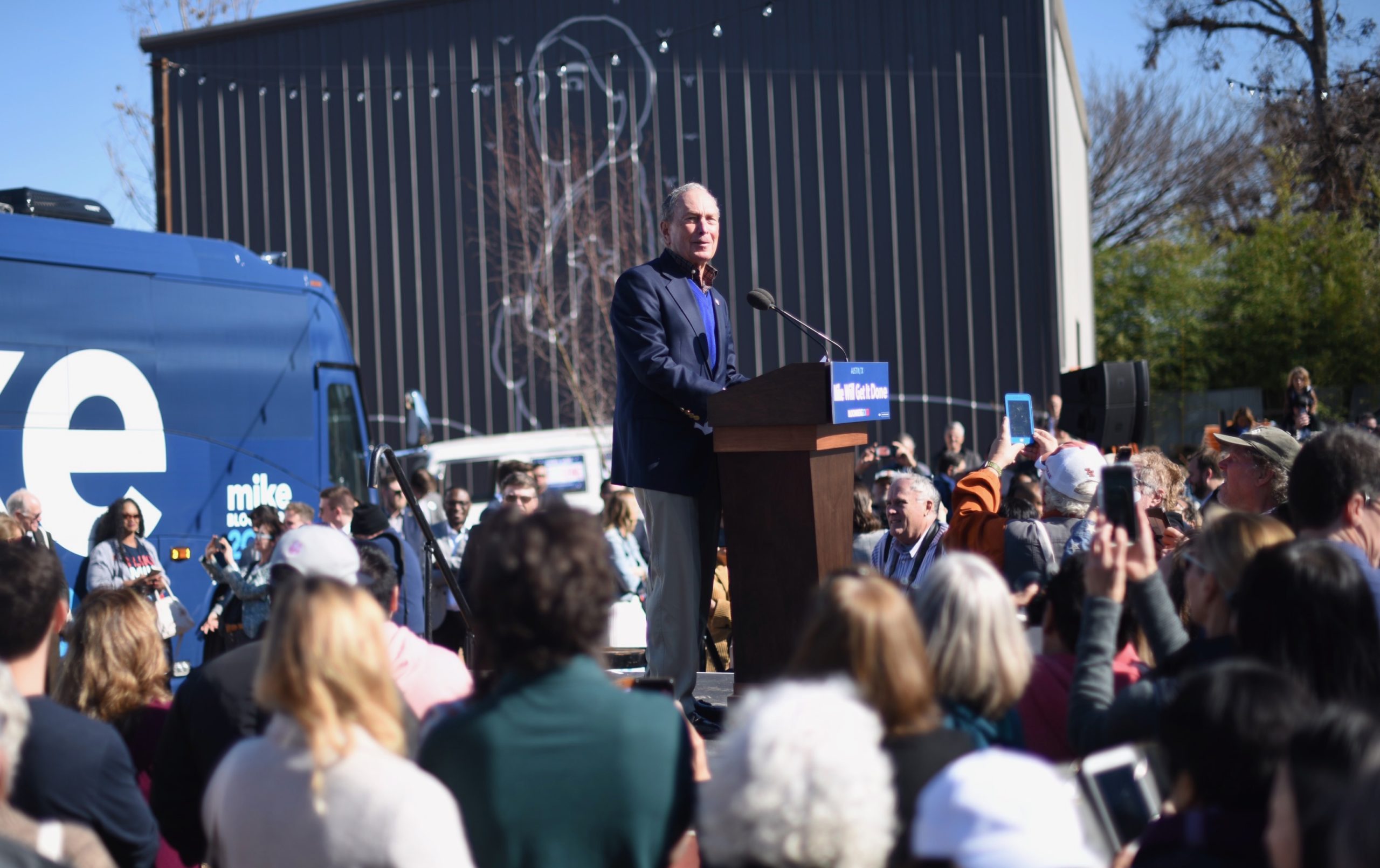 Former New York City mayor Michael Bloomberg is betting big on his 2020 presidential campaign … but is he seriously going to spend a billion dollars on the race? It certainly appears so, according to a new report from Tarini Parti and Lukas I. Alpert in The Wall Street Journal.

Bloomberg – whose net worth has been pegged as high as $59.5 billion – has already dropped a staggering $217 million on television and digital advertising, according to Parti and Alpert, “roughly three-quarters of the amount spent by all other campaigns,” including incumbent U.S. president Donald Trump.

Bloomberg has also hired 1,000 staffers, and is reportedly paying them “double the going rate.” Not only that, he has promised them jobs through the end of November – whether he remains in the race or not.

“A person familiar with the plans said (Bloomberg) could spend $500 million on the primaries alone,” Parti and Alpert reported, adding the 77-year-old Massachusetts liberal “hasn’t ruled out spending $1 billion before November if needed.”

Bloomberg has a plan, too. He is skipping the early-voting states – Iowa, New Hampshire, Nevada and South Carolina – and focusing exclusively on states with larger delegate counts. He is also campaigning directly against Trump in multiple swing states.

Is it working, though? As of this writing, Bloomberg is backed by only 6.6 percent of Democratic primary voters nationwide, according to composite polling data from Real Clear Politics. That puts him in fifth place in the race behind former vice president Joe Biden (27.2 percent), socialist U.S. senator Bernie Sanders of Vermont (19.2 percent), U.S. senator Elizabeth Warren of Massachusetts (16 percent) and South Bend, Indiana mayor Pete Buttigieg (7.2 percent).

A recent Public Policy Polling survey (.pdf) in North Carolina – one of the states where Bloomberg is advertising heavily – found him in fourth place with eight percent support (trailing Biden, Sanders and Warren). Meanwhile, a Florida Atlantic University poll (.pdf) taken earlier this month found Bloomberg in fourth place with 6.8 percent of the Democratic vote in the Sunshine State.

Bloomberg’s team did recently get some good news in the swing state of Michigan, where a recent survey found him faring better against Trump than any of the other Democratic candidates – reinforcing what appears to be the core message of Bloomberg’s candidacy (his viability in a general election).

Bloomberg has vulnerabilities, though.

“He is utterly devoid of charisma, has no real organic base in the Democratic Party, and is a viable candidate only because he’s filthy rich and is willing to inundate the race by opening up his nearly limitless money pit,” noted Jeet Heer for The Nation.

Heer specifically cited Bloomberg’s affinity for authoritarianism as a potential turnoff for the left – echoing concerns raised in an in-depth piece published last month by Conor Friedersdorf in The Atlantic.

“Under Bloomberg, arrests rose steeply in New York City for marijuana possession,” Friedersdorf wrote. “The city regulated trans fats, and barred the philanthropic donation of fresh bagels and other foodstuffs to the needy in homeless shelters because the salt, fat, and fiber content could not be assessed by city bureaucrats.”

That’s right … starve the poor because there is too much fat in the food people are trying to donate to them.

Friedersdorf also bashed Bloomberg for his controversial “stop-and-frisk” policy, which many believe violated New Yorkers’ Fourth Amendment protection against unlawful searches. According to the New York Civil Liberties Union, more than four million New Yorkers – most of them black or Latino – were subjected to street interrogations between 2004 and 2011. Of those, 3.6 million were “completely innocent,” according to the organization (which based its conclusions on city police reports).

The others? Yeah … did you read the part about marijuana arrests rising steeply?

Meanwhile, conservative voters (or voters who think they are conservative) abhor Bloomberg for his rabid gun control views. And non-interventionists loathe his neoconservative foreign policy positions.

Our view? Bloomberg’s vast wealth – and his promise to spend vast amounts of it in support of his candidacy – make him impossible to ignore (just ask voters in states that are currently being bombarded by his television and internet ads).

But the aging billionaire is still a long shot …

For example: The same Michigan poll which found Bloomberg outperforming the Democratic field against Trump also revealed that he was viewed favorably by only 26 percent of Michigan voters – the worst of any Democrat. Conversely, 34 percent of voters viewed him unfavorably.

From our ideological perspective, Bloomberg is a non-starter on virtually every front imaginable … however our microphone is always open to him (or his supporters) in the event they wish to make their case to our “First in the South” audience.

So far, though, Bloomberg has decided to ignore voters in the Palmetto State …

Bernie Sanders Versus Elizabeth Warren: The Socialist Fringe Is Divided, Too?