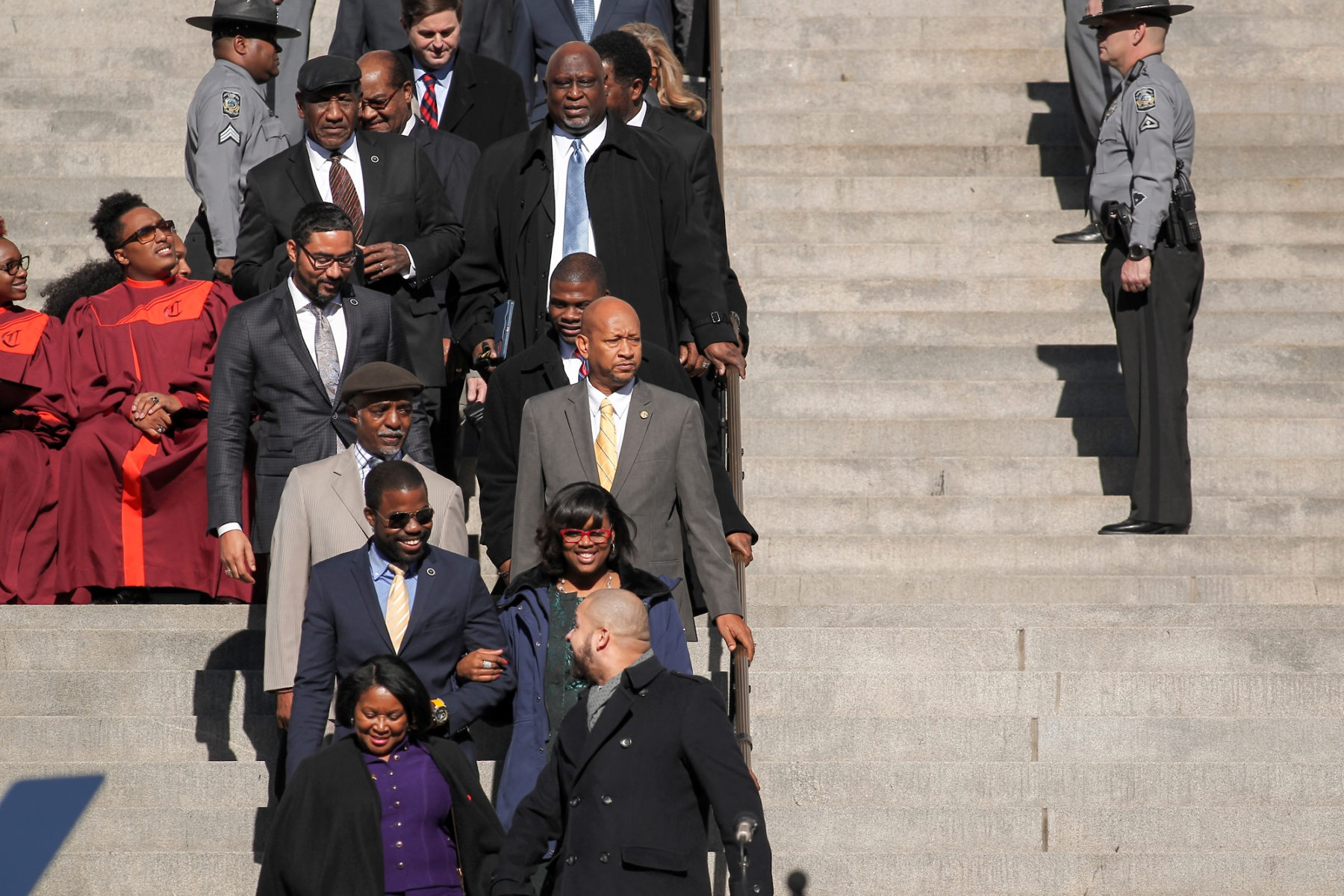 There is still racism in South Carolina. Of that there can be no doubt. But efforts to condemn real racism are cheapened and diminished when black politicians in the Palmetto State play the race card for purely political reasons. On patently ridiculous grounds.

Or like yesterday (February 5, 2020) … when black Democrats at the S.C. State House rushed to defend their leader Jerry Govan of Orangeburg, S.C. from “attacks” by white Democrat Dick Harpootlian.

Harpootlian – a supporter of U.S. vice president Joe Biden – blasted Govan (a former Biden supporter) for being “bought” by billionaire liberal Tom Steyer, who is paying Govan tens of thousands of dollars per month as a senior campaign advisor.

The S.C. Legislative Black Caucus (SCLBC) was apoplectic at such a reference, holding a press conference in which Harpootlian was roundly denounced as a racist.

From there, the floodgates opened …

In a shameless pander to black voters in the Palmetto State just three weeks before the pivotal “First in the South” presidential primary, Steyer followed suit – issuing a statement that sought to elevate the drama to the national level by comparing Harpootlian to (gasp) U.S. president Donald Trump.

“Dick Harpootlian has a horrid track record of disrespecting and disparaging African Americans,” Steyer said in a statement. “His actions today were Trump-like dirty campaign tactics that the Biden campaign should not tolerate. His comments to malign Jerry’s credibility and 40-year tenure in South Carolina politics are misguided and just plain wrong. Jerry Govan is a good man, a talented legislator, a trusted advisor, and an invaluable member of our team.”

Steyer also called on Biden – who is the top choice among black voters in South Carolina – to “disavow” Harpootlian’s comments.

“Today, I stand with the South Carolina Legislative Black Caucus in its request for Joe Biden to disavow Harpootlian’s comments – it’s incredibly insulting not only to African Americans to insinuate that black elected officials can be bought, but to all the residents of South Carolina and this great nation.”

Wait … it is insulting to insinuate that black elected officials can be bought?

Politicians at the S.C. State House – white and black – are bought every single day. At higher prices than what Steyer paid, too. To feign indignity and incredulousness at this indisputable fact of life in Palmetto politics is what is truly insulting, not anything Harpootlian said.

Also, it takes a special kind of “paranoid nudnickism” to conflate an allegation regarding the purchasing of a politician’s influence (to the extent Govan has any) with the evil institution of slavery. Again, such conflation is nothing more than opportunistic, manufactured outrage geared toward a specific political objective – weakening Biden’s monolithic support among black Democrats in South Carolina.

Beyond that, black and white Democrats remain livid at Harpootlian for exposing the gravy train of secret spending used by “Republican” leaders to purchase their votes each year … meaning there is likely an element of payback associated with this nontroversy, too.

But Harpootlian’s broadside against Govan was not racist … it was incisively revealing of a culture of corruption at the S.C. State House in which influence within the legislature (and on the presidential campaign trail) is a pure commodity.

It boils down to this: If politicians (of any race) wish to avoid allegations that they have been bought, they should refrain from selling their influence to the highest bidder.