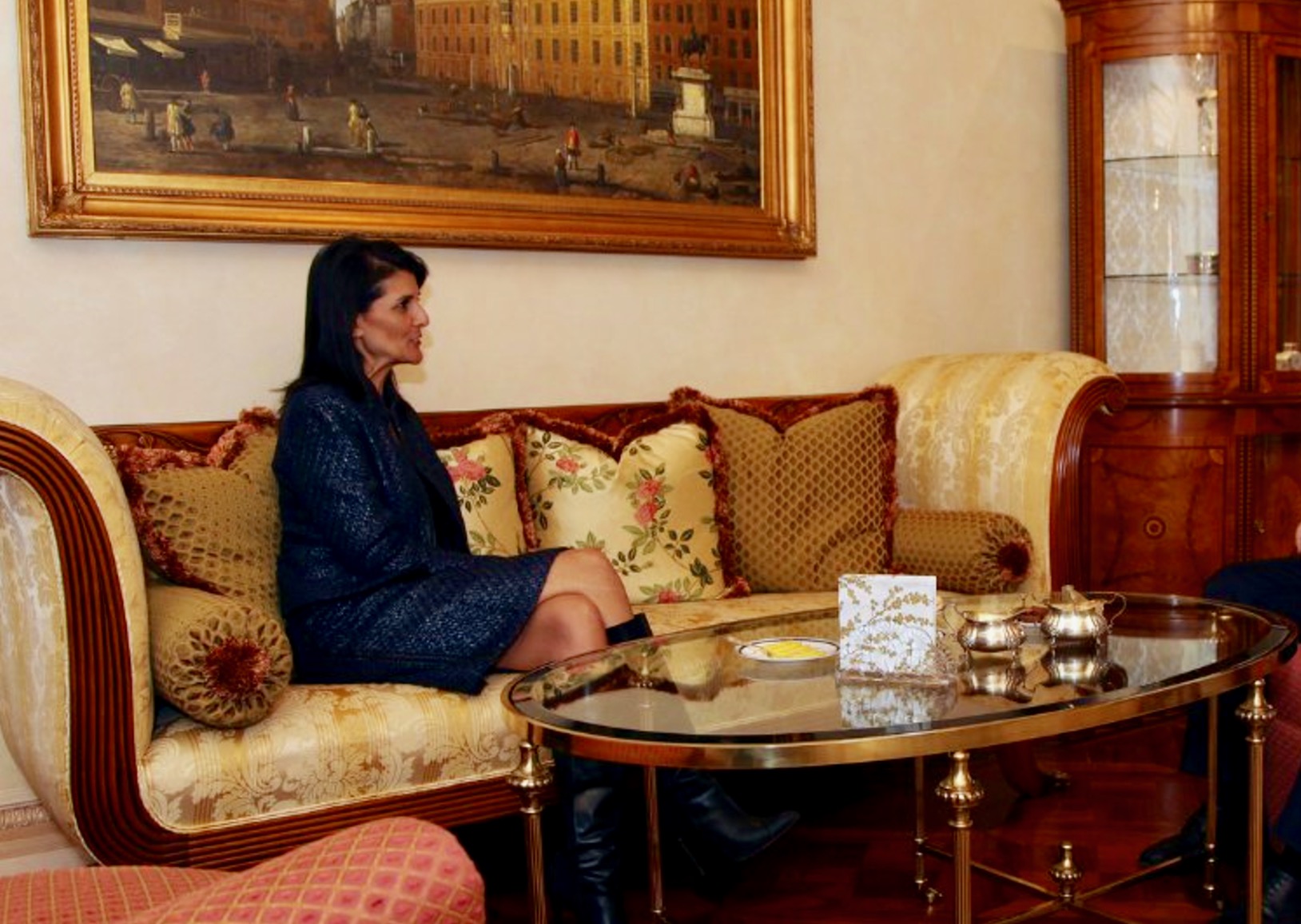 SOMEBODY DIDN’T GET THE “AMERICA FIRST” MEMO …

We’ve written previously regarding Nikki Haley’s ignorant anti-Russian rants.  We’ve also written on how America’s ambassador to the United Nations – by her own admission – “doesn’t know” what her boss, president Donald Trump, thinks about U.S.-Russian relations.

You know, as opposed to hypocritically settling old scores back home?

Anyway, earlier this month Trump unveiled a budget imposing deep cuts on the UN – which receives billions of dollars annually from American taxpayers.

How much money are we talking about?  In December 2015, the UN General Assembly approved a regular operating budget of $5.4 billion for 2016-17.  Of that total, roughly 22 percent – or $1.1 billion – came from the United States.  Additionally, Americans shelled out a whopping $2.4 billion (or 29 percent) of an $8.27 billion UN peacekeeping package approved that same year.

To be clear: We would eliminate every dime of this funding.

Not only that, we would throw the liberal, global government out of New York City … on its ass, if necessary.

“It’s time to defund the UN because the taxpayers of this country can simply no longer afford it,” we wrote recently, referring to our nation’s $20 trillion debt.

Trump hasn’t gone that far.  He’s merely imposed what amounts to a 28 percent cut in U.S. funding to the globalist government.

Apparently that’s too much for Haley, though.  In fact, according to a report published in this week’s editions of The Economist, she is actively working to undercut Trump’s “America First” agenda at the UN.

(UN Secretary General António Guterres) and the envoys of just about all governments represented at the UN are pinning some hope on Nikki Haley, Mr Trump’s ambassador there. According to a UN insider, “she has been trying to reassure everyone in the UN that all these statements from the Trump camp are just noise.”

If Haley is playing some sort of “good cop, bad cop” routine with Trump – that’s fine.  We get it.  But the far more likely scenario here is that the ambassador – a #NeverTrump establishment Republican all along – is acting on behalf of some very dangerous special interests to undermine his agenda.

Either of those latter two scenarios is unacceptable – and would constitute rank insubordination.

What is Trump going to do about it?  Haley is likely betting on the fact that her status as a high-profile, female, minority member of Trump’s cabinet gives her a wide berth when it comes to such pronouncements – and she’s probably right.

Nonetheless it’s becoming abundantly clear that the former Palmetto State governor – who was appointed as a political favor to one of Trump’s prominent supporters in the early-voting South Carolina – is not on board with her boss’s “America First” agenda.

In fact, it would appear she is actively working to undermine it …