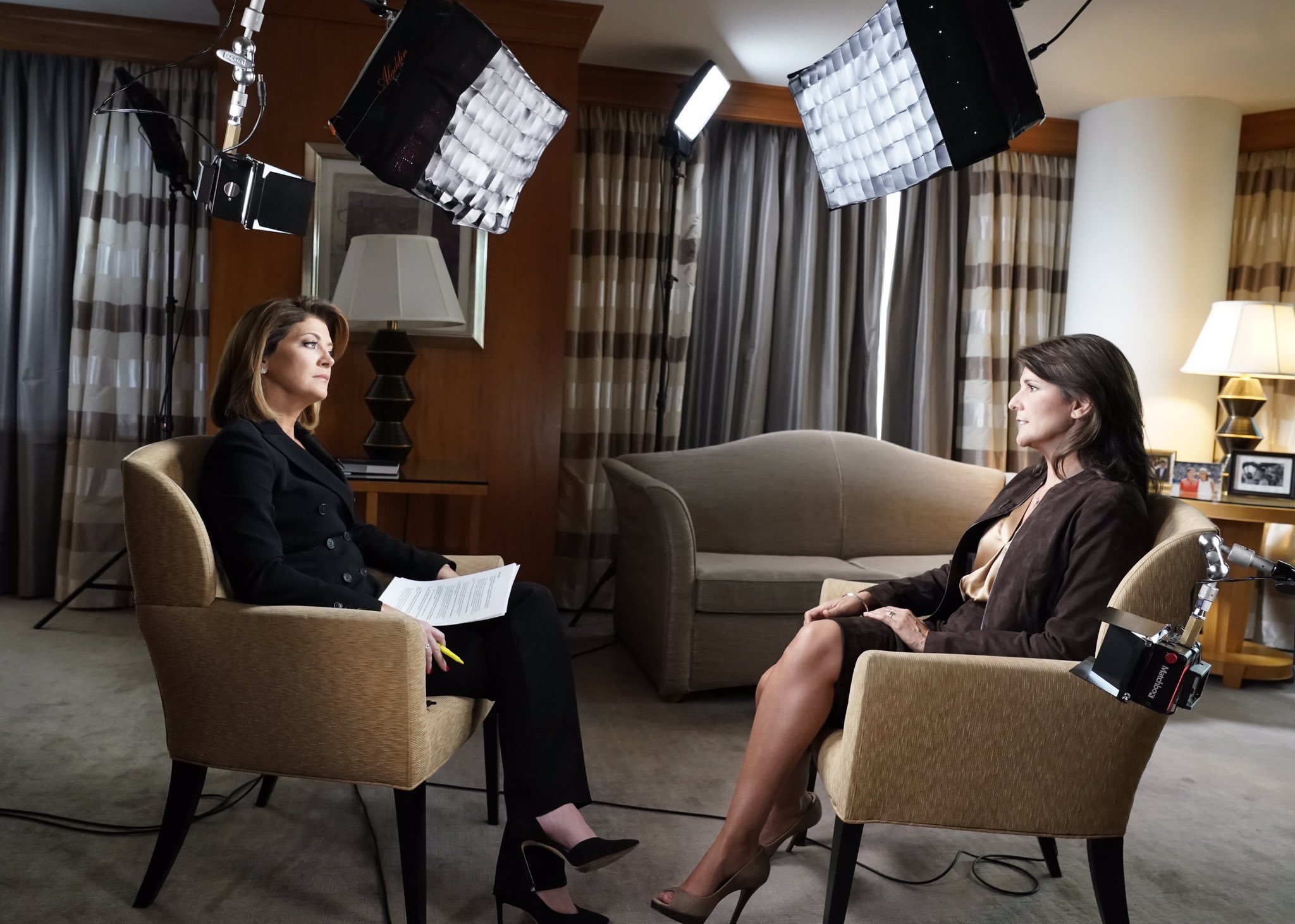 Former South Carolina governor and ex-United Nations ambassador Nikki Haley is making news again this week … accusing two former officials in the administration of U.S. president Donald Trump of attempting to recruit her to join a conspiracy to undermine his foreign policy agenda.

No seriously … wasn’t she doing that already?

In fact when an anonymous saboteur rocked the Trump administration with an oped in The New York Times last September – citing the need to “thwart his misguided impulses” – Haley was the No. 1 suspect.

In an interview with neoconservative correspondent Anne Gearan of The Washington Post, Haley claimed Tillerson and Kelly “undermined and ignored” Trump and that both “sought to recruit her to work around and subvert Trump, but she refused.”

“I was so shocked I didn’t say anything … because I just couldn’t get my arms around the fact that here you have two key people in an administration undermining the president,” Haley told Gearan.

The paper also obtained an advance copy of Haley’s forthcoming book With All Due Respect: Defending America With Grit And Grace, which will reportedly delve deeper into these allegations.

“Kelly and Tillerson confided in me that when they resisted the president, they weren’t being insubordinate, they were trying to save the country,” Haley wrote in an excerpt from the book. “It was their decisions, not the president’s, that were in the best interests of America, they said. The president didn’t know what he was doing.”

For good measure, Haley also implied in her interview with Gearan that Kelly (below) was a sexist.

Asked directly whether Kelly was in the latter camp, Haley demurred – merely stating he “was not as conscious of the job I was trying to do.”

Let us assume for a moment that Haley’s allegations are accurate, and that she can produce irrefutable evidence (her standard) that Tillerson and Kelly indeed tried to engage her in a conspiracy against Trump … what of it?

For a woman seeking to use this book as a platform to launch her 2024 presidential candidacy – or establish herself as Trump’s best choice to replace Pence on the 2020 ticket – the broadsides against Tillerson and Kelly lack both in gravitas and inventiveness.

The whole thing just seems contrived. Too cute by half. Like when Haley denied having an affair with Trump. Or denied attempting to undermine U.S. vice president Mike Pence’s standing with the president. Or claimed that Trump first offered her the secretary of state position – but she refused it.

It is always palace intrigue with her … always naked ambition.

And frankly, always inside baseball …

Speaking of, we believe the true aim of Haley’s allegations is defensive in nature … especially considering the company she has been keeping since leaving the Trump administration (and the sparring between her and top Trump aides).

“Haley is hoping to push back against the perception that she has been in close confidence with those working against (Trump) since she left his administration,” our founding editor Will Folks noted on Twitter, responding to suggestions that Haley was pushing back against allegations of multiple affairs in her past.

Haley also recounts for the first time that she was treated for post-traumatic stress disorder following the Charleston shooting. She described bouts of sobbing, loss of appetite and focus, and guilt for feeling that way when the victims and their families had suffered so much more.

Really? We recall a much more calculated response …

Whatever others may think of Haley, we know her … and we know whatever the question, the answer is always Occam’s Razor.

Such transparent ambition has certainly served Haley well up to this point, and it may continue to serve her well in this case as she attempts to score political points at the expense of two ex-Trump officials (neither of whom have a national following and both of whom have limited capacity/ incentive to fight back).

But as Haley elevates her intrigues in the months to come, the prey she is going after will not be quite so easy to poach.

And she runs the risk of her parlor game wearing thin …

Federal Reserve Goes “All In” For Hillary Clinton