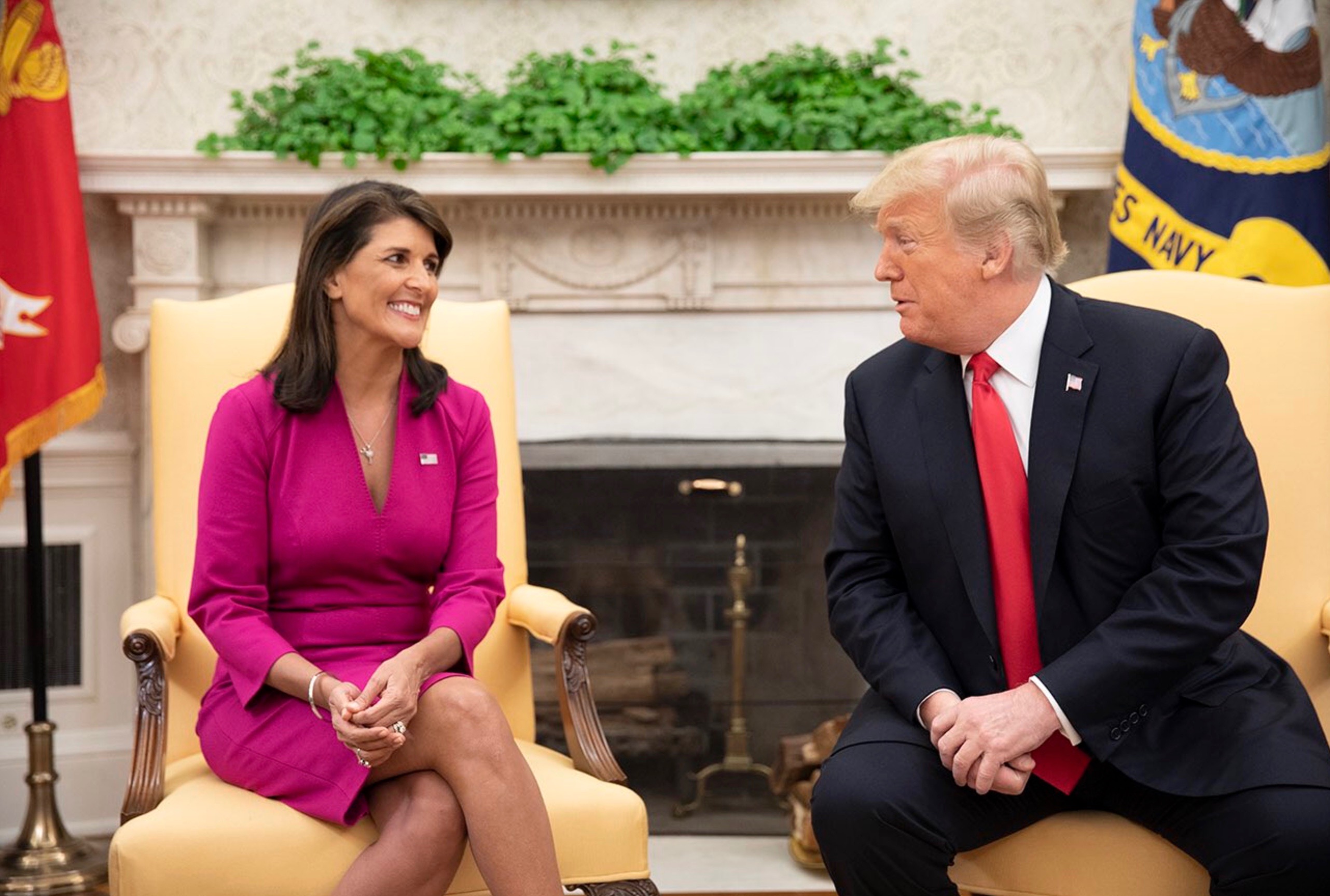 Because Nikki Haley’s name was overdue for a mention in the national media, a column appeared in Sunday’s editions of The Wall Street Journal urging U.S. president Donald Trump to make her his running mate in 2020.

Written by New York Democrat (and federal tax evader) Andrew Stein, the column argued that jettisoning U.S. vice president Mike Pence and replacing him on the ticket with Haley would accrue to Trump’s electoral benefit.

“I mean no disrespect for Mr. Pence, who’s loyally served the president and the nation,” Stein wrote. “But he’s given Mr. Trump all the help he can. He inspired his fellow evangelical Christians to take a chance in 2016. But in 2020 they’ll already be repelled by the Democrats’ embrace of infanticide. Mr. Trump’s greater obstacle to re-election comes from politically moderate suburban women, many of whom see him as divisive.”

But this is hardly fresh news. Nor does it remotely qualify as adept political analysis.

Nothing has transpired in the interim that would cause us to amend this perspective. If anything, our view has solidified. Whatever we may think of Haley, she would be a Godsend to Trump’s reelection prospects.

Stein agrees, adding that while “it’s too late for Mr. Trump to revamp his political personality,” choosing Haley “could tamp down the antipathy for (him) that seems to afflict so many moderate and Republican-leaning women.”

“President Trump needs the prospect of a vice president Haley to help recapture the White House,” he concluded.

Again he is 100 percent correct … the only question is whether Haley would take the job, and we have previously opined that she would not.

From our piece last fall …

There is nothing “possible” about a future presidential run when it comes to Haley: She is running for president … today.  The only question is when the erstwhile #NeverTrumper pulls the trigger.

We believe her calculus will lead her to run in 2024 – but there is still an outside chance she considers running in 2020.  After all, the War Party is 100 percent committed to her – and the only thing keeping her from running against Trump is the relative health of the U.S. economy.

So far Trump has managed to dodge a recession (and as a result, credible Republican opposition). Meanwhile, the Democratic electorate is badly divided and unlikely to rally around a single candidate in the general election next November,

As a result, Trump is better positioned for 2020 than anyone would have imagined (and much better positioned than anyone in the media is acknowledging). Having said that, his path to victory remains steep. And lingering dark clouds on the economic horizon could make that path steeper still.

Even with Haley on the ticket.

So while there is no doubting the fact that Haley could help Trump … the question is whether she would be helping herself in the process.

Because that is what is ultimately going to drive her decision …

We continue to see Haley eschewing the vice presidency. First, she does not need it to become a credible presidential contender in 2024. Deserving or not, she is already there. And female establishment GOP voices (who loathe Trump) are already touting her as the next president of the United States.

It is just a question of when …

Second, it is important to remember that a big part of Haley’s appeal to female moderates is the fact she is not a wholly owned subsidiary of Trump. In fact, her appointment as ambassador to the United Nations was actually Trump repaying a favor to the politician who replaced her as governor of South Carolina.

It had nothing to do with Haley …

That distance would vanish were she to become his running mate, which has the potential to diminish the very appeal she is counting on to build her national brand down the road.

Interestingly, Stein’s piece is attracting nearly as much attention due to its authorship as it is owing to its content.

“Stein knows Trump, of course, and is close to others in Trump world,” noted Bill Kristol. “Zero chance this trial balloon isn’t okay with Trump.”

If that is true, does it mean Trump is actively courting Haley for the No. 2 spot on his ticket?

If so, this could get interesting …