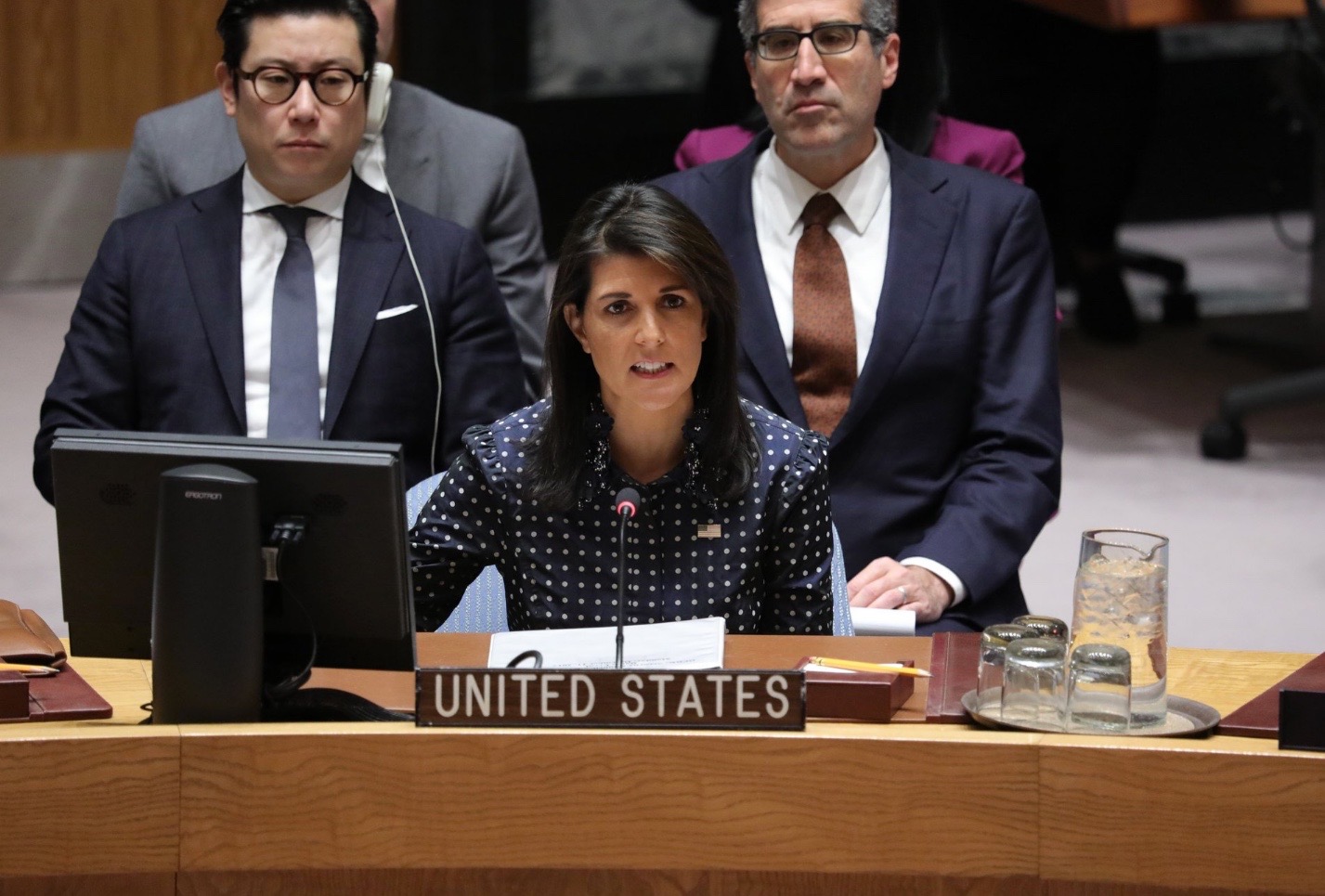 U.S. president Donald Trump was reportedly “infuriated” by recent remarks made by his ambassador to the United Nations, Nikki Haley.

“I am incredibly proud of the women who have come forward,” Haley said, according to CBS’ official transcript of the interview.  “I’m proud of their strength.  I’m proud of their courage.  And I think that the idea that this is happening, I think it will start to bring a conscience to the situation, not just in politics, but in, you know, we’ve seen in Hollywood and in every industry.  And I think the time has come.”

Asked specifically about the women who have accused Trump of sexual misconduct in the past, Haley said they “should be heard.”

“They should be heard and they should be dealt with,” Haley added.  “And I think we heard from them prior to the election.  And I think any woman who has felt violated or felt mistreated in any way, they have every right to speak up.”

Haley’s comments come as several Democratic members of Congress have called for investigations into the sexual misconduct allegations leveled at Trump prior to the 2016 presidential election.  In fact, they would seem to indicate she supports such investigations.

How did Trump respond?

“Haley’s comments infuriated the president, according to two people who are familiar with his views but who spoke on condition of anonymity because they aren’t authorized to speak publicly about private conversations,” reporter Jonathan Lemire of The Associated Press noted.

Haley was one of Trump’s fiercest establishment “Republican” critics during the 2016 race, however she received a plum political appointment within his administration as a favor to Henry McMaster – who replaced her as governor of South Carolina in January.

McMaster was one of the first establishment “Republicans” in the country to endorse Trump – doing so prior to the 2016 “First in the South” GOP presidential primary election last February.

Haley’s rift with Trump comes as another South Carolina politician – U.S. Senator Lindsey Graham – has been cozying up to the president as part of an apparent lobbying effort to become the next secretary of state.