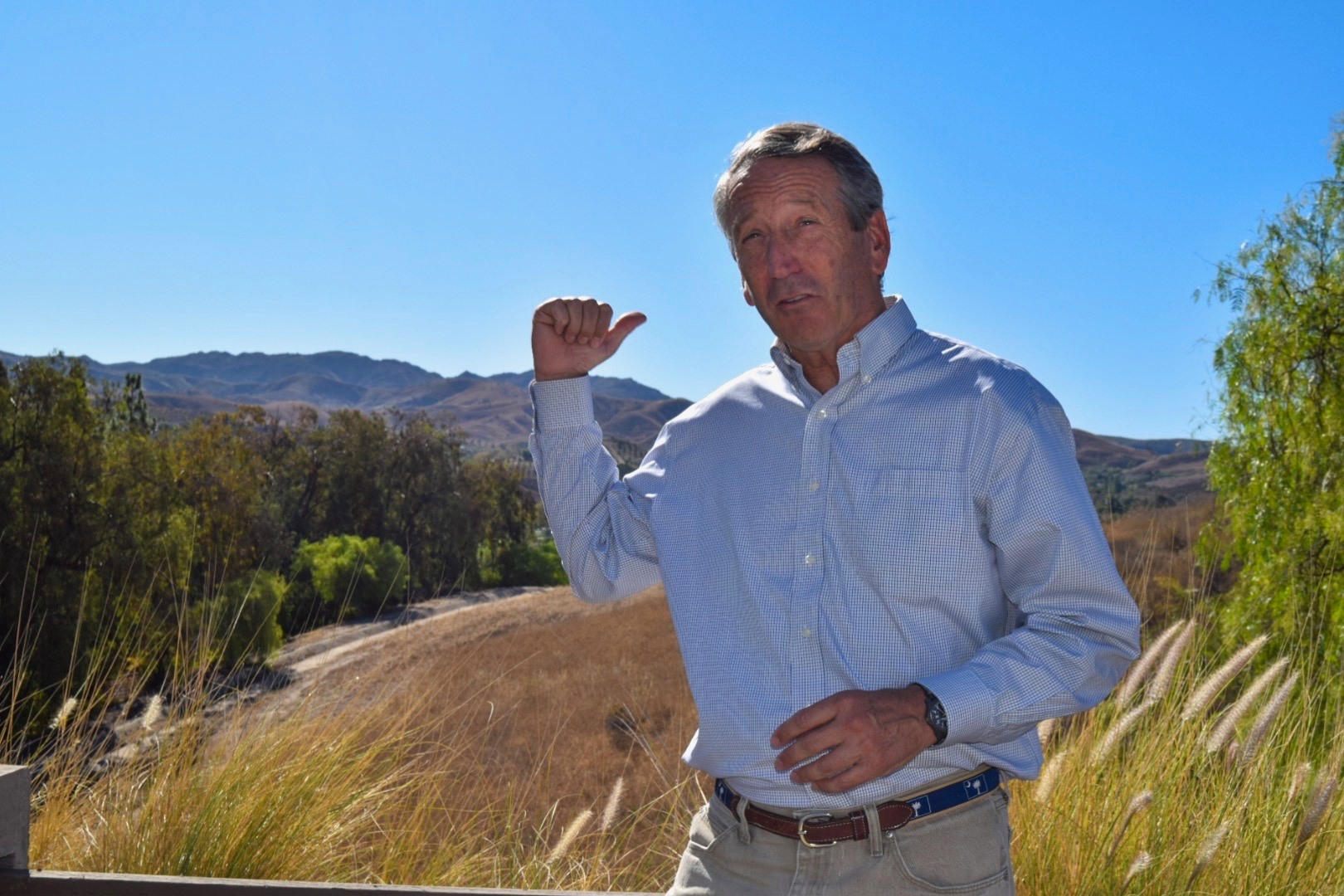 As the dust settles on the incredibly brief, decidedly anti-climactic presidential candidacy of former South Carolina governor Mark Sanford, it is worth pointing out (again) that we were wrong in our assessment of his bid.

Of course we do not have to tell you that. “Google is your friend” as the expression goes.

Our incorrect assessment of the potential staying power of a Sanford presidential bid (in fairness we did always refer to his candidacy as “Quixotic”) is still hanging out there for all to parse at their leisure. We even acknowledged our misjudgment in a post yesterday recapping Sanford’s abrupt exit after only two months on the trail (no, not that trail).

Our theory that mainstream media oxygen was available for GOP challengers to U.S. president Donald Trump clearly missed the mark. In a big way.

And while there may be Republicans looking for an alternative to Trump … the media clearly isn’t eager to let you know about them.

Particularly not in the era of impeachment.

For starters, Trump represents “clicks for miles,” as our founding editor Will Folks likes to say. And as we pointed out yesterday, “Democrats clearly believe their eventual 2020 nominee (whoever it is) stands a better chance of defeating Trump than they do going up against a more conventional Republican candidate.”

But while we got it wrong, one Palmetto political scribe got it right … as is her habit.

To whom are we referring? Meg Kinnard. The national correspondent for The Associated Press (who remains based in “First in the South” Carolina) published the definitive “don’t take the Mark Sanford presidential campaign seriously” article months before the ex-governor, ex-congressman announced his national intentions.

Kinnard’s article was published back in July – several months before Sanford made his short-lived candidacy official. In it, she noted how Sanford’s 2020 machinations “were immediately greeted with skepticism from some political observers in South Carolina, who have watched Sanford plot a political comeback before and questioned whether he was merely seeking publicity.”

Talk about a bucket of cold water …

Kinnard also noted how these observers viewed Sanford’s presidential talk as “an effort (on his part) to stay relevant after a defeat in last year’s primary,” referring to his first-ever electoral loss to former state representative Katie Arrington in the 2018 GOP primary for the Palmetto State’s first congressional district.

(Sanford later helped throw this seat to the Democrats by refusing to endorse Arrington in her general election bid against Joe Cunningham).

Anyway, while this news outlet – and outlets like The (Charleston, S.C.) Post and Courier – tripped over each other to give Sanford and his presidential fantasy all the ink we could muster, Kinnard was amplifying the view that the whole thing was much ado about nothing.

“She schooled all of you,” one our sources said, referring to Kinnard.

Our source was particularly unimpressed by reporter Caitlin Byrd of the Post and Courier, who ironically – as of 5:00 p.m. EST on November 13 – still had her “exclusive” about Sanford’s presidential aspirations (from July) adorning the top of her Twitter feed.

Yeah … wonder how long before that “pinned tweet” comes down?

“Reporters like Caitlin Byrd are well-meaning but also inexperienced and naive, which is why people like Sanford choose them to break such stories,” our source said. “And other reporters, in their desire to stir up a GOP primary that was never going to exist in the first place, fawned all over announcements like Mark’s and gave him credibility he didn’t deserve. But cool-headed, seasoned journalists like Meg were able to see through the spin and call things for what they were.”

Right but … about that primary.

“Rather than write about Mark’s intention to run, Kinnard wrote a story about how the whole thing was just a publicity stunt and ‘Mark being Mark,'” our source continued. “And guess what? She was right. Sixty-five days later, the media attention has dried up, and he’s done.”

Kinnard also wasted little time reminding all of us of her political omniscience this week on Twitter, her weapon of choice.

Of course it isn’t playing when you got it right, is it?

In the news business, accuracy is currency. The only currency that matters, in fact. And in accurately assessing the Sanford fantasy, Kinnard has picked up plenty of currency among those who follow Palmetto politics (and who follow the many South Carolinians currently occupying prominent positions on the national stage).

So kudos, Kinnard. You got us …