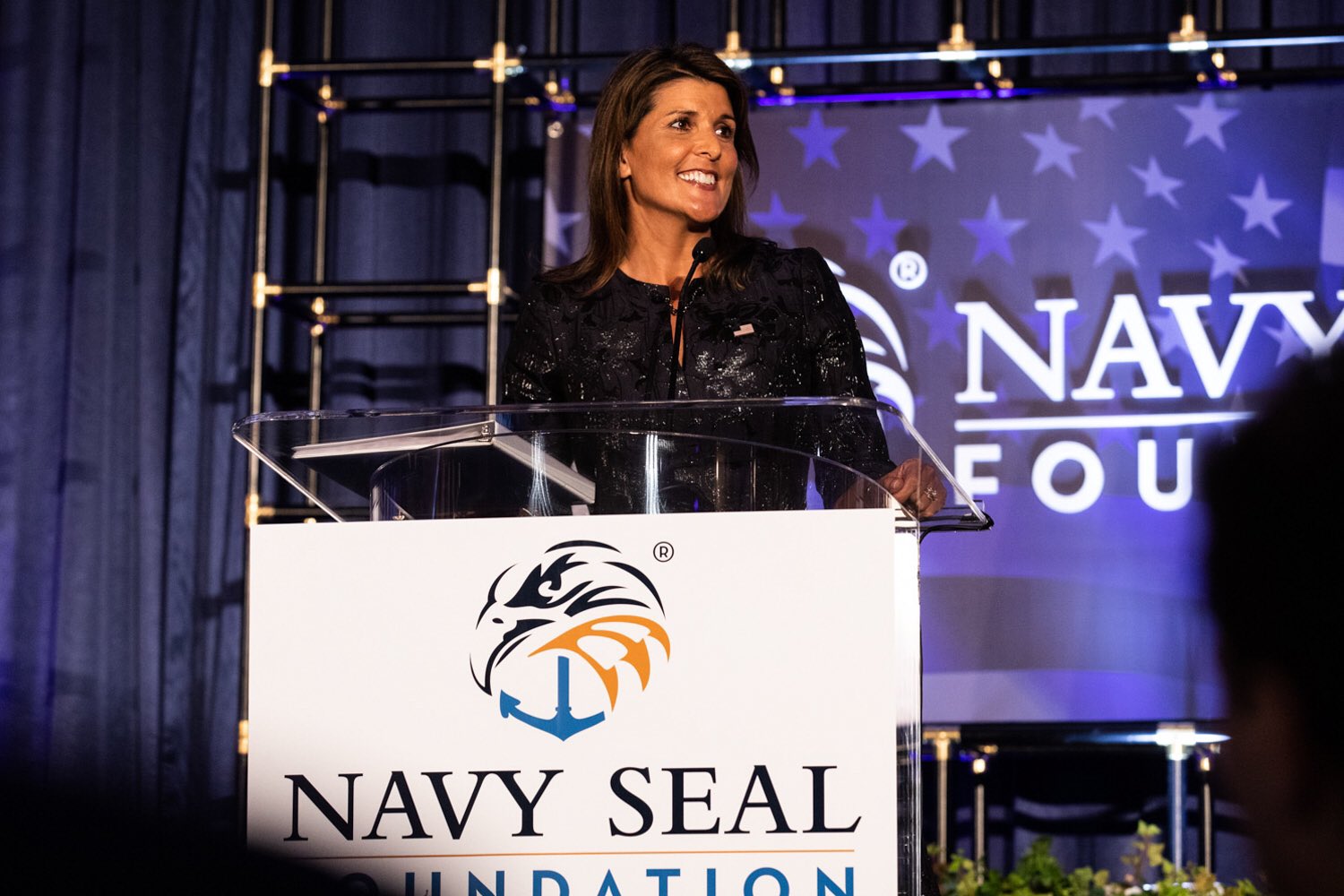 Because it’s been a few weeks since the Republican vice presidential rumor mill has been sufficiently stoked, reporter Gabriel Sherman of Vanity Fair is out with a new piece rehashing recycled speculation regarding U.S. president Donald Trump’s potential choice of running mate in 2020. Of course this particular rehash is set against the backdrop of Trump potentially losing the White House to a Democrat who may be losing his marbles …

Citing a poll that shows former Vice President Joe Biden besting the GOP incumbent by a whopping fifteen points, Sherman noted that “Trump and his advisers are debating various Hail Mary strategies that might reset the campaign” in light of what he described as a “darkening political environment” at the White House.

One of those strategies? “Bouncing” vice president Mike Pence from the ticket – a move that is reportedly being “pushed” by Trump’s daughter, Ivanka Trump, and her husband Jared Kushner.

According to Sherman, Trump (above) and Kushner want to dump Pence and replace him with former U.N. ambassador (and South Carolina governor) Nikki Haley.

Sound familiar? Of course it does …

This has been the chatter for many months now, and in the event it ever ceases becoming the chatter … well, obviously we can’t let that happen, can we?

To wit: From Sherman’s report …

“They threaten Mike every week that they’re going to take him off the ticket,” a Republican in touch with Pence’s camp told me. “They tell him, ‘You have to go here and say this, you have to go there and do that.’”

“They” being Ivanka Trump and Kushner …

Has anything changed since then? Maybe.

According to Sherman, Trump’s “frustration with Pence” is mounting over a perceived lack of loyalty. One example? Pence’s alleged refusal to publicly rebuke an ally of Haley’s – former White House communications director Anthony Scaramucci.

Sherman also quoted a “Republican close to the White House” as saying that Trump (above) is becoming “annoyed (that) Pence hasn’t been defending him more.”

Our view? Despite this news outlet’s “intimately” complicated history with Haley (and our generally dim view of her ideologically), we have long argued her inclusion on the 2020 ticket makes electoral sense for Trump.

Nearly a year later, nothing has happened to make us rethink that calculus. If anything, the electoral efficacy of adding Haley to the ticket has probably intensified.

Who should Donald Trump choose as his vice presidential nominee in 2020?