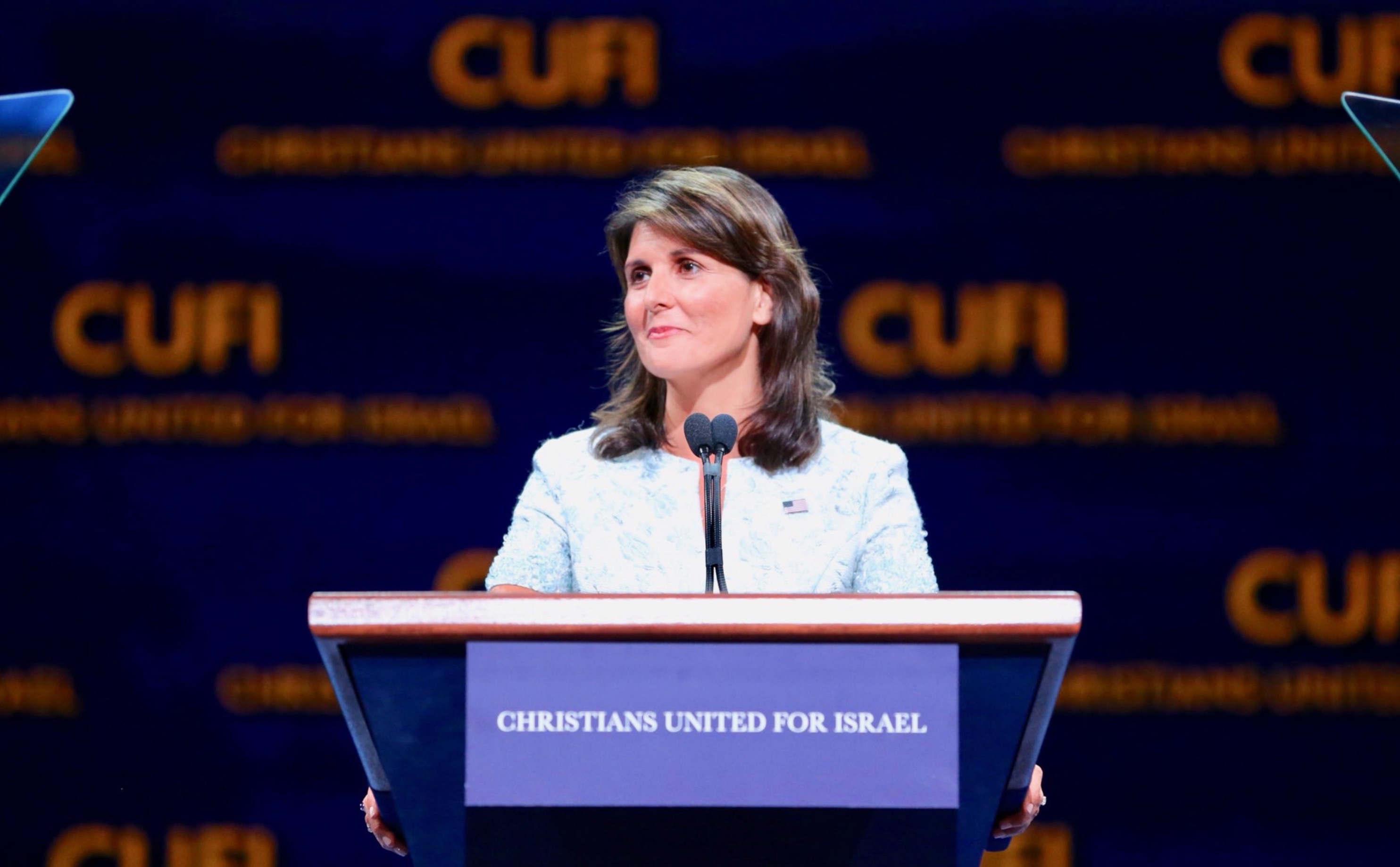 With speculation pointing to her as the rumored author of an anonymous opinion-editorial from within the White House walls slamming U.S. president Donald Trump, the United Nations ambassador took to the pages of The Washington Post to address the furor.

In a column entitled “When I challenge the president, I do it directly,” Haley reminded readers right off the bat that she is frequently at odds with the man who appointed her.

How could they forget, though?  Trump has twice put Haley – a former #NeverTrumper – on a short leash, no doubt cognizant of her designs on the office he currently holds.

Haley’s column wasn’t just an act of self-defense, then – it doubled as yet another declaration of independence from the administration she serves.

That aside, Haley covered all the bases …

In reminding everyone that she is her own woman, Haley simultaneously managed to tout herself and her stature within Trump’s administration …

I don’t agree with the president on everything. When there is disagreement, there is a right way and a wrong way to address it. I pick up the phone and call him or meet with him in person.

I have very open access to the president. He does not shut out his advisers, and he does not demand that everyone agree with him. I can talk to him most any time, and I frequently do. If I disagree with something and believe it is important enough to raise with the president, I do it. And he listens.

Next, Haley dutifully chided the author of the anonymous op-ed for engaging in “an extra-constitutional method of addressing policy disputes within the administration” and for being “fundamentally disloyal, not just to the chief executive, but to our country and our values.”

“If the author is frustrated by an inability to persuade the president, then he or she is free to resign,” Haley wrote.

If you disagree with some policies, make your case directly to the president. If that doesn’t work, and you are truly bothered by the direction of the administration, then resign on principle. There is no shame in that. But do not stay in your position and secretly undermine the president and the rest of our team. It is cowardly, it is anti-democratic, and it is a disservice to our country.

Of course, Haley’s column was also noteworthy for what it did not say … omissions we believe were deliberate and which will be duly noted by the #NeverTrump mainstream media (who have idolized Haley ever since she arrived on the national scene).

For example, Haley did not directly refute any of the seismic claims about Trump made in the original New York Times’ piece – saying only that the author raised their criticism “in a way that cannot be directly refuted because the anonymous accuser’s credibility and knowledge cannot be judged.”

Haley has been sidelined by Trump for several months since sparring with him over Russian sanctions earlier this year.  In fact, many have speculated she has been trying to get fired in the months since Trump put her on a short leash (again).

Has that dampened her national luster?  Not really …

As this deft response to the anonymous oped has once again demonstrated, Haley has become very, very good at this game.

“Writing her off as a 2020 presidential contender would be a huge mistake,” we wrote two months ago when her national star appeared to be dimming.

We stand by that assessment …

While Haley may have temporarily deflected the speculation that she wrote the piece, her longtime advisor Jon Lerner remains very much under suspicion.  The rabidly neoconservative #NeverTrumper briefly stepped into the national spotlight back in April when U.S. vice president Mike Pence hired him to be his national security advisor – a move that was vetoed by Trump.

“My take was she at least suspects Lerner did it and is trying to distance herself,” our intrepid D.C. Operative noted.  “The gossipy White House press corps seems to think the same way.  And Lerner has a really obvious motive.  I understand wanting to seize the opportunity to write an op-ed to promote herself.  But this one is weird.  All she had to do is say the writer is a cretin and should resign or be fired.  Plus it’s not in the Times.  She gave it to the Post as if giving it to the Times would be problematic.”

In other words, the parlor games continue …

Got something you’d like to say in response to one of our stories? Please feel free to submit your own guest column or letter to the editor via-email HERE. Got a tip for us? CLICK HERE. Got a technical question or a glitch to report? CLICK HERE. Want to support what we’re doing? SUBSCRIBE HERE.
Banner: U.S. Mission to the United Nations

NFL Ratings: How Low Can They Go?