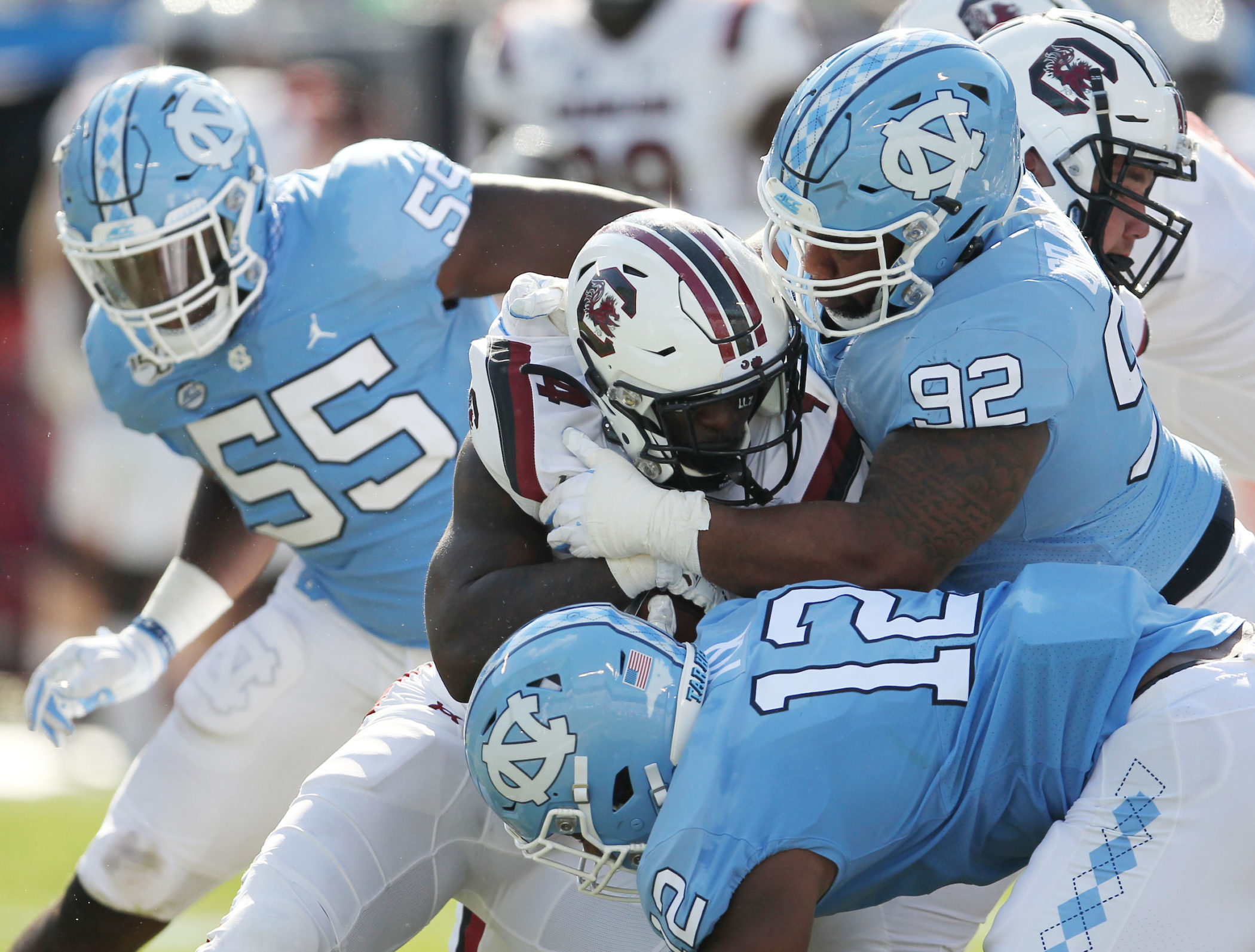 Speculation is suddenly swirling as to the future of head coach Will Mushcamp, who desperately needed a victory over the Tar Heels most difficult schedule in the nation.

“Make no mistake about it, this was a crushing loss for Will Muschamp,” noted Keith Farner of Saturday Down South.

Brad Crawford of 24/7 Sports referred to the defeat as “an all-systems failure,” but speculated South Carolina would keep Muschamp as its coach simply because it would cost the school too much to get rid of him.

Following the undeserved raise/ contract extension Muschamp got after last season, firing the 48-year-old head coach would cost South Carolina $22 million in buyout money were it to happen prior to December 31. If Muschamp were fired after December 31, the buyout would drop to $18.6 million.

Those are hefty sums, people …

Once again, we do not believe Muschamp should have had his salary increased (nor his contract extended) following a disappointing 2018 season, but South Carolina athletics director Ray Tanner and the school’s board of trustees felt differently.

Now that decision is coming back to haunt them …

The Gamecocks (0-1, 0-0 SEC) didn’t just lose a game this weekend – the program also lost one of its top recruits. Hours after the embarrassing 24-20 defeat at the hands of the Tar Heels, four-star tailback Lovasea Carroll of tweeted that he was decommitting from South Carolina.

Carroll, a 6-foot-1, 198-pound native of Warrenton, Georgia, ran for 116 yards and a pair of touchdowns in his team’s 2019 season opener this year. He was South Carolina’s only pledged recruit for the class of 2021.

Carroll’s decision speaks volumes as to the direction of the Gamecock program under Muschamp, and we suspect he won’t be the only high school prospect looking elsewhere in the weeks to come.

That is terrible news for a program already struggling to keep up on the recruiting trail.

But again … as bad as things are right now, can South Carolina afford to part ways with its embattled fourth-year coach?

Perhaps the better question is this: Can it afford not to?

Last year was supposed to be Muschamp’s breakthrough season – a year in which the Gamecock program reclaimed the glory days of 2010-2013 when it captured its first (and only) SEC Eastern title and won a school-record eleven games three years in a row. After a better-than-expected 2017 campaign, things appeared to be trending in that direction. So upbeat was this news outlet last summer that we broke from our usual habit of criticizing Muschamp – whose selection as head coach in December 2015 we panned.

“Is Muschamp really the guy to turn (the program) around?” we wrote at the time. “Um, no.”

Instead, we recommend South Carolina hire Lincoln Riley – who has posted a 24-4 record in two seasons as head coach at Oklahoma.

Still, headed into 2018 Muschamp (above) appeared to have things clicking again … until the wheels fell off. And the car careened over a cliff. And burst into flames.

Last year’s disaster has given way to this year’s debacle, and Muschamp hasn’t helped matters by overhyping his team – or being petulant with his critics in the media.

To be clear: We do not want Muschamp to fail. We want the South Carolina program to thrive. We want it to win divisional and conference titles. And national championships. And sell out its games.

At this point, though, we are just hoping for a winning record …