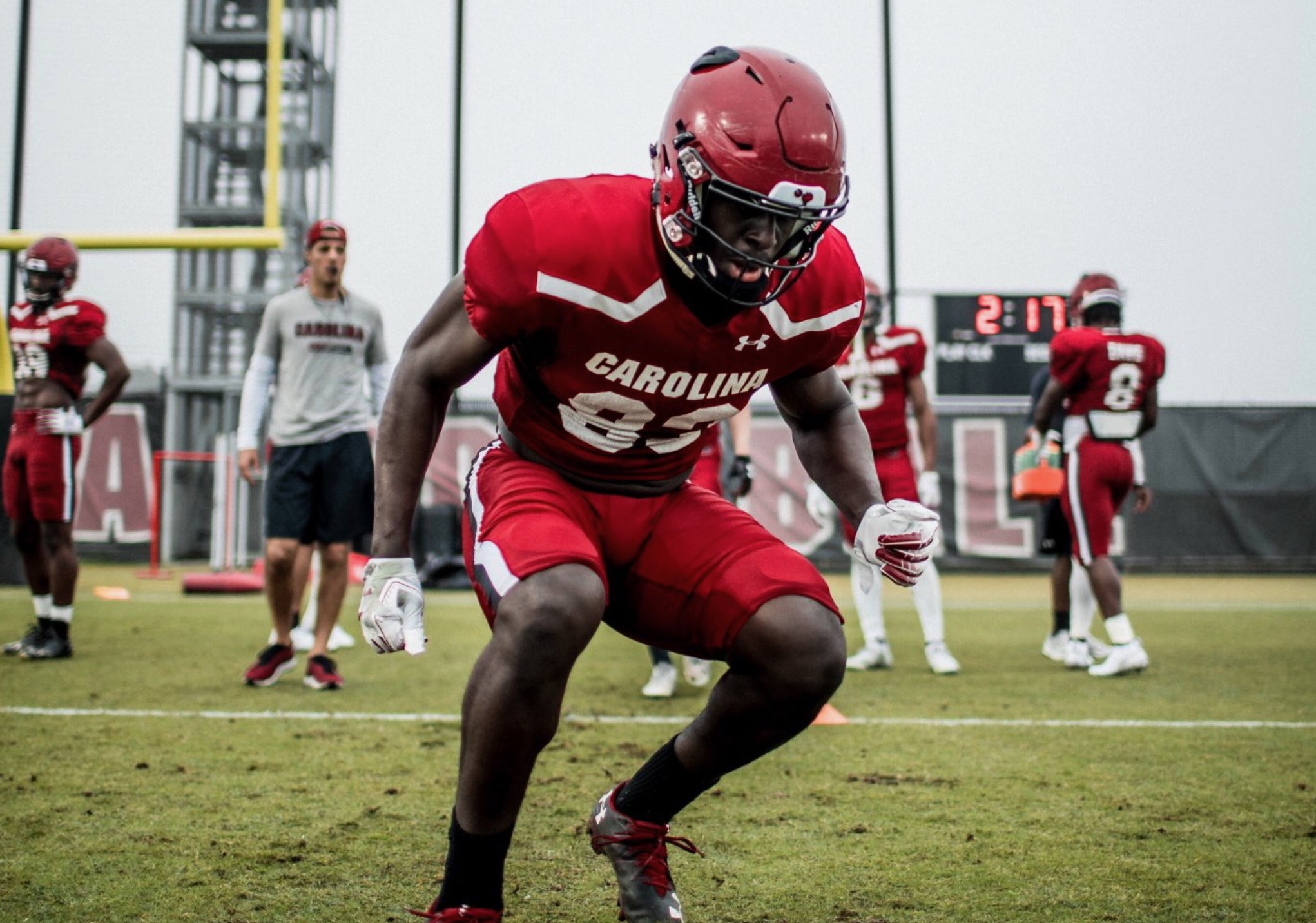 The University of South Carolina football team began its long road to redemption on a spring Saturday in Columbia, S.C., eager to erase the indignity of a shutout loss to the University of Virginia in the 2018 Belk Bowl.

That ignominious 28-0 defeat (the Gamecocks’ first shutout loss since 2006) has left South Carolina fans searching for answers – not only about their team’s disastrous performance agains the unranked Cavaliers at Bank of America stadium on December 29, but also about the trajectory of their program under fourth-year head coach Will Muschamp.

Things seemed to be moving in the right direction … then they weren’t.

Muschamp appeared poised to seize his moment … then he didn’t.

Oh, and the road only gets tougher this season …

Also, it hasn’t helped that during this period of soul-searching at South Carolina, the program’s arch-rival – Clemson University – clobbered perennial championship contender Alabama to claim is second national title in three years (after returning a five-bomb to the Gamecocks).

First, though, about the Belk Bowl …

This news outlet continues to receive reports about the Gamecock football team’s stay at the Hilton Charlotte Center City prior to the game. Specifically, rumors abound as to the alleged preponderance of a certain “leafy green substance” on the premises – although multiple sources close to the program tell us no Gamecock players were involved in any alleged drug use.

“If it happened, it was hangers-on – not our players,” one source close to the program told us.

Meanwhile, reports that officers with the Charlotte-Mecklenburg police department were summoned to the hotel in response to complaints about alleged drug use among the Gamecock delegation appear to be unfounded.

However, we have received several credible related reports – and hope to publish more information once we have completed our interviews with hotel guests, staff and security.

So stay tuned … and bear in mind we have no “cock” in this fight, no beef with the recreational use of marijuana and a scorching contempt for the ongoing hypocrisy and selective “justice” of the NCAA.

The sooner South Carolina exorcizes its Belk Bowl demons, though, the better. That process began on Saturday with the program’s annual spring game – which was played at Williams-Brice stadium in Columbia, S.C. before an estimated 25,832 fans.

A fourth quarterback – redshirt sophomore Jay Urich – completed six of eight passes for 84 yards and one touchdown. However the 6-foot-5, 208-pound Greenville, S.C. native did most of his damage catching the football – hauling in nine receptions for 130 yards (including a 62-yard score).

Defensively, sophomore linebacker Ernest Jones of Waycross, Georgia led the team with nine tackles – while Miami, Florida native Jamel Cook (who transferred from Southern Cal) recorded the game’s only turnover when he intercepted Joyner in the red zone.

South Carolina opens its brutal 2019 schedule where the 2018 campaign ended – at Bank of America stadium on August 31 against the University of North Carolina. The Tar Heels hired 67-year-old Mack Brown to lead them after five-year hiatus from coaching.

Brown posted a 69-46-1 record during his first stint as head coach of the Tar Heels from 1988-1997. His North Carolina teams won 10 games three times, played in six consecutive bowl games and recorded four Top 20 finishes (including a No. 5 ranking in 1997).

After his tenure at North Carolina, Brown went on to coach the Texas Longhorns for sixteen seasons – winning a national championship in 2005.

Ready for some irony? Muschamp was Brown’s defensive coordinator from 2008 through 2010, during which time he was designated as the Longhorns’ “head coach in waiting” – a move intended to keep him from jumping at various head coaching vacancies around the country.

In fact, Muschamp was among the frontrunners for the Clemson head coaching job – which ultimately went to Dabo Swinney.

Funny how things work out, isn’t it?

Dabo Swinney Is In Denial