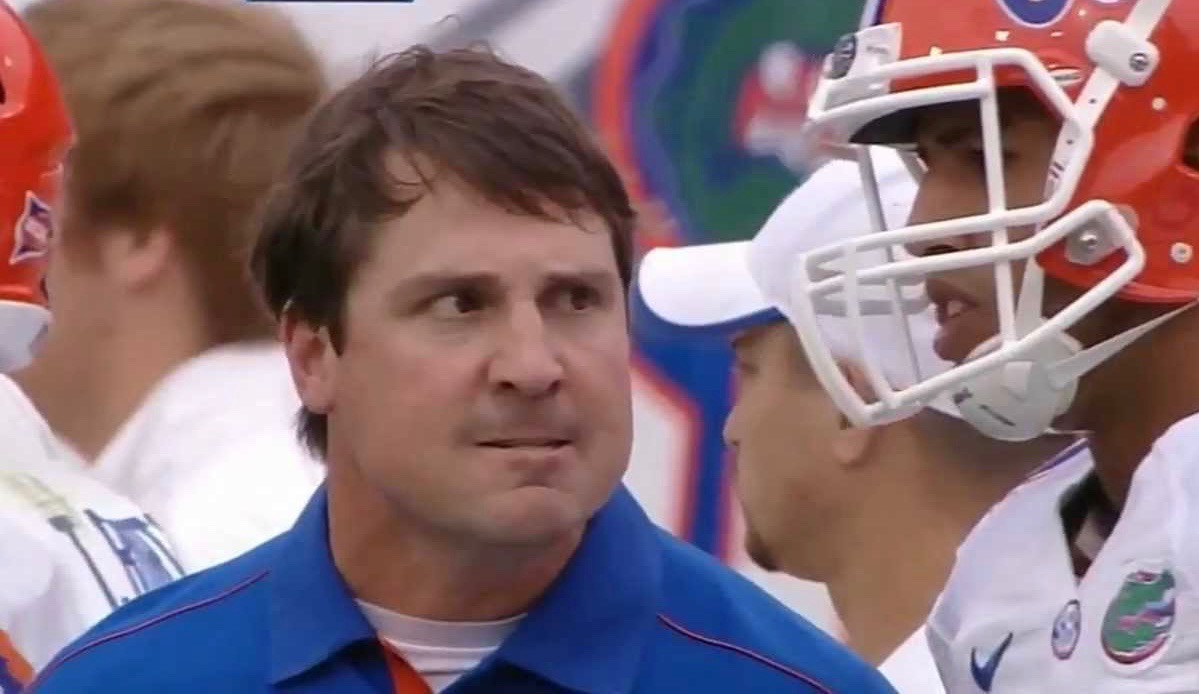 The University of South Carolina has hired former Florida head coach Will Muschamp to replace another ex-Gator – Steve Spurrier, who resigned in the middle of the 2015 season.

The winningest coach in school history, Spurrier led the South Carolina program to unprecedented heights from 2010-13, winning an SEC eastern division championship in 2010 and then reeling off three straight 11-win seasons (each of which included a New Year’s Day bowl victory and a Top Ten finish).

Prior to Spurrier’s arrival, South Carolina had won ten games just once in a season – in 1984.  And had never finished in the Top Ten.

The program backslid ferociously over the last two seasons, though – prompting the 70-year-old to accept the blame and voluntarily stand aside.

Somehow or another we’ve slid, and it’s my fault, I’m responsible – I’m the head coach,” Spurrier said at the time.  “And it’s time for me to sort of get out of the way and let somebody else have a go at it.”

Spurrier’s mid-October resignation should have given the Gamecocks a head start in the head coaching search, but athletics director Ray Tanner saw the school’s top three (four?) choices slip through his fingers.

All of a sudden it felt like South Carolina – which had a decided leg up in the process early on would be left without a chair when the music stopped.

And just hours before news of the Muschamp hiring broke, one final indignity: Arizona’s athletics director Greg Byrne tweeted that his school’s coach, Rich Rodriguez, had rejected a head coaching offer from South Carolina.  That news came after multiple media outlets had already designated Muschamp as the likely candidate to replace Spurrier.

Talk about a vote of “no confidence.”

Muschamp, 44, posted a 28-21 mark during his four years in Gainesville from 2011-14 (including a 17-15 mark against SEC opponents). The former University of Georgia defensive back was a highly coveted coordinator following his ouster from Florida a year ago – but after settling on Auburn, his defense wound up surrendering even more yards than former coordinator Ellis Johnson‘s unit did a year ago.

And what about offense?  Florida’s had none of it – for years.  Muschamp had three offensive coordinators during his four years in Gainesville (Charlie Weis, Brent Pease and Kurt Roper), yet the Gators never ranked higher that 72nd nationally in scoring offense.

Is Muschamp really the guy to turn that around?  Um, no.  Lincoln Riley would have been.  But not Muschamp.

Deshaun Watson: Does He Deserve The Heisman?