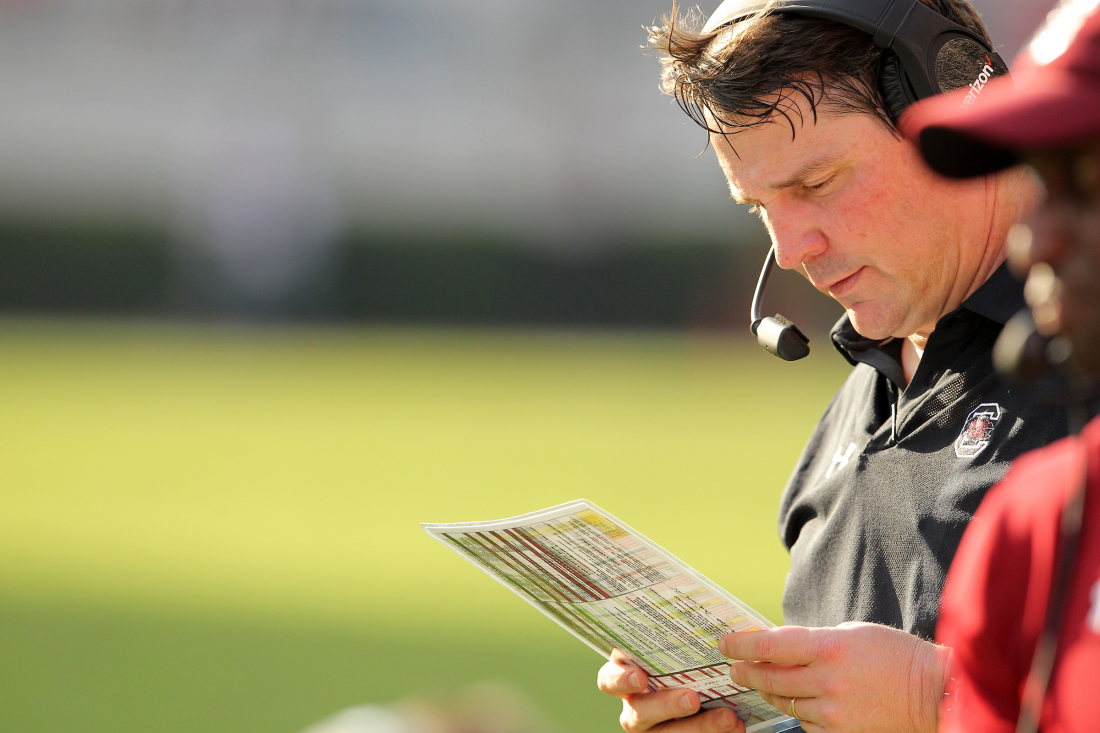 This news outlet was recently blocked on Twitter by Will Muschamp, the fourth-year head coach of the University of South Carolina football team.

We took note of Muschamp’s online stiff-arm as we were preparing a story on preseason college football rankings (which, for the fifth consecutive year, do not include the Gamecocks).

Wow. What happened? We are not entirely sure, to be honest.

Our most recent preseason coverage of Muschamp’s program was certainly not flattering (nor should it have been given South Carolina’s recent trajectory on the gridiron), but we fail to see how anything we published exceeded the level of acceptable/ expected criticism of a Football Bowl Subdivision (FBS) head coach.

Frankly, Muschamp should be happy with us. After all, this news outlet recently spiked (punted?) a story on allegations involving his players prior to their disastrous performance in the December 29, 2018 Belk Bowl.

We probably could have run something based on the information we were able to gather, but ultimately we concluded the reports wafting out of Charlotte, North Carolina were just too cloudy to corroborate Details were a bit too “hazy,” if you will.

Beyond that, we recently passed on a story that would have hit much closer to home for Muschamp, a 48-year-old native of Rome, Georgia. That story we were able to lock down, but we ultimately decided it had zero public relevance and would have served only to cause needless embarrassment for the coach and his family.

So … will we be publishing that story now out of spite? Or returning to the Belk Bowl allegations? Or seeking out excuses to vent our spleens against Muschamp this season?

Here is the thing: While many believe Muschamp (above) to be a government employee who is prohibited from blocking reporters on social media – we have no interest in engaging that fight.

As far as we are concerned, Muschamp’s personal twitter page is his domain – an online space where he is free to block people (including members of the media) as he sees fit. See, in addition to free speech Muschamp has the right not to speak. To us or to anyone else.

So we do not begrudge him for blocking us … that is totally his call.

And who knows? Maybe we did do something to deserve it …

As for our professional obligation to cover Muschamp’s program, we will continue to provide commentary on the progression (regression?) of Gamecock football over the course of the coming season – sharing our views about what we see but also opening our microphone to those who disagree with us.

(Our open microphone is always available to Muschamp, too).

Which brings us to our final point: As critical of “Coach Boom” as we have been at certain times, we have also praised him at other points during his tenure in Columbia, S.C. – noting those occasions where he has proven us (and other college football fans) wrong.

Bottom line? Whatever he thinks of us, we want Muschamp to succeed at South Carolina. And we will continue cheering for him and his teams to succeed, even though our job as commentators is to hold him and everyone associated with the program accountable for its performance (or lack thereof).

Will Muschamp Got A Raise?