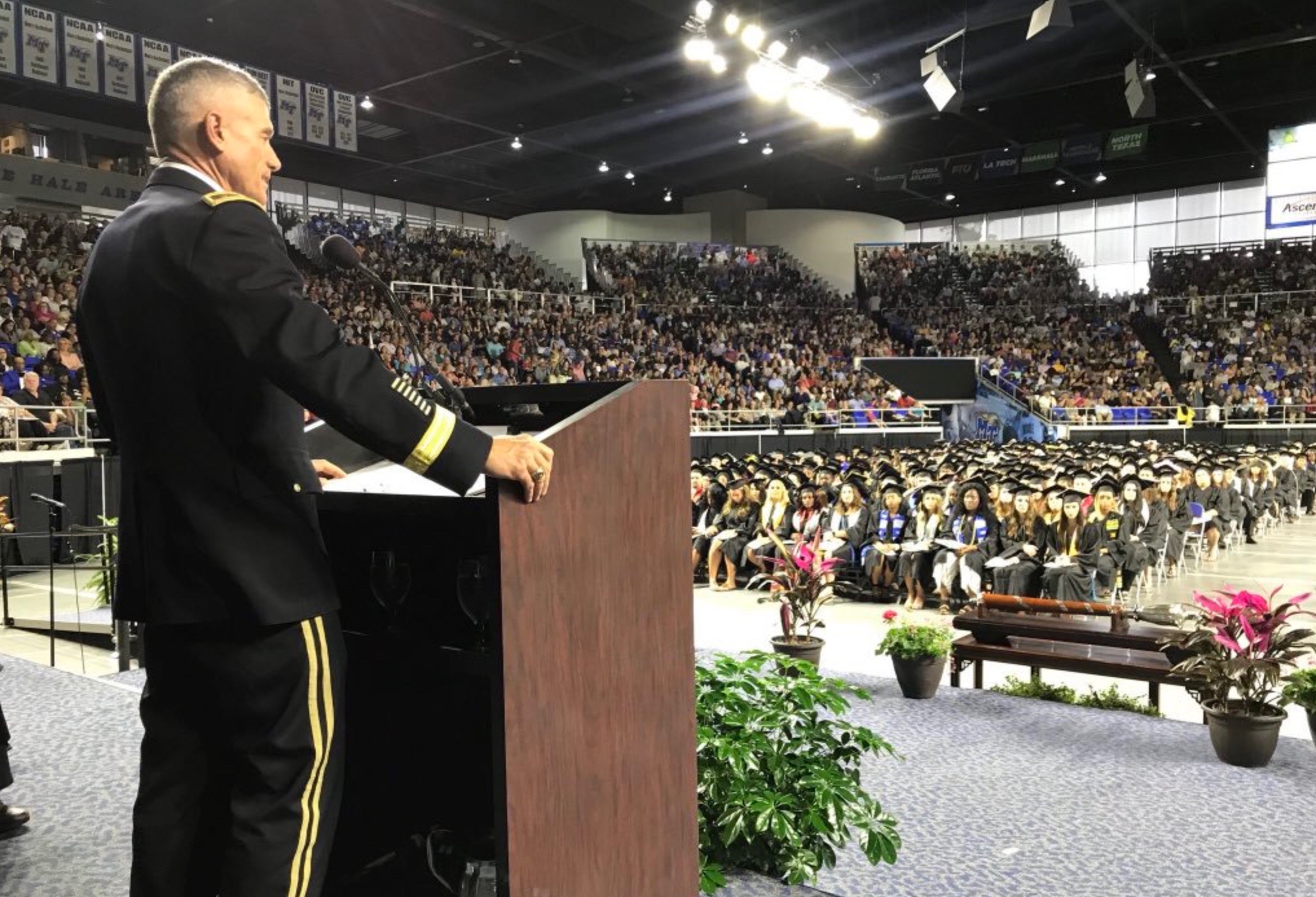 A bitterly divided board of the University of South Carolina voted on Friday to make retired lieutenant general Robert L. Caslen the next leader of the 218-year-old institution – delivering (for now, anyway) a huge political victory to governor Henry McMaster, who pushed tirelessly to install Caslen as president after the same board members declined to select him back in April.

The final vote was 11-8-1 in favor of the 65-year-old Connecticut native, who served from 2013-2018 as superintendent of the U.S. Military Academy in West Point, New York.

Caslen becomes the 29th leader of the government-subsidized system, which is host to 50,000 students and features an annual budget of more than $1.6 billion.

“I am honored to be chosen to lead this great institution,” Caslen said. “I fully recognize the challenges the board addressed to get to this point, and I am grateful for their support and confidence. I will work tirelessly to listen to all of our students, faculty, staff, board members, and all our constituents to understand their concerns and issues, and I will actively seek their advice.”

Challenges? That is putting it politely …

Caslen’s candidacy has turned the school into a raging, four-alarm dumpster fire – with faculty, students and staff (not to mention its largest donor) strenuously objecting to his candidacy and urging the board to start over in its bid to replace outgoing president Harris Pastides.

Meanwhile, conservative supporters of Clemson University – South Carolina’s in-state rival – have been doing their best to fan the flames.

During the debate over the nomination, one Caslen supporter accused the opposition of being organized by supporters of U.S. senator Kamala Harris of California, who has been campaigning heavily in the early-voting Palmetto State as one of the frontrunners for the 2020 Democratic presidential nomination.

“There are a lot of those people that are demonstratin’ are from out of town,” one board member said in a comment captured on a hot microphone. “I’ve heard it’s some of that Kamala Harris crowd that’s there.”

Whoever was behind the opposition, these left-leaning factions were bested by McMaster (above) – an old-school southern politician who has used the controversy to bolster his “conservative” credentials in a state that overwhelmingly supports Republican candidates at the statewide level.

Despite the vocal, multi-front resistance to his candidacy, Caslen said he has high hopes for his tenure at the school – which has been treading water in the national rankings despite its tuition (and debt) surging in recent years.

From 1987 to 2015, higher education costs in South Carolina climbed by an astronomical 761 percent, according to data from the S.C. Commission on Higher Education (SCCHE). The commission also found that total debt incurred by four-year institutions in South Carolina has soared by an astounding 93 percent over the past decade – to a whopping $2 billion. That equates to roughly $17,583 per student, according to the oversight agency.

Caslen – who vowed to lead the school with the “highest integrity, respect and character” – is undeterred.

“From talking with many people, it is clear the University of South Carolina is on track to be the preeminent institution of higher education in America today, and I will work to move this university and system in that direction, ensuring South Carolina continues to deliver a world-class education to students while making the state a better place to live,” Caslen continued. “I am eager to start meeting with students, faculty and staff, and my goal is to work collaboratively with our entire university and system community to address challenges, to build confidence, respect and trust, and to create new opportunities.”

As for McMaster, he wasted little time in touting his victory.

“The selection of General Robert Caslen as the next president of the University of South Carolina is a positive and transformative step forward for the future of the university and the state,” McMaster said in a statement. “I am confident that every student, alumnus, faculty member and citizen of this state will benefit from his superior leadership, vision and direction, which he has demonstrated throughout his remarkable career.”

“In selecting Bob Caslen, the board has chosen an experienced leader with the skills needed to raise our institution to even greater heights,” von Lehe said in a statement released by the school. “He has a deep commitment to serving students, building on our strengths in research and training, and making our alumni proud.”

This news outlet took no position on Caslen’s candidacy. As steadfast supporters of the immediate and complete privatization of higher education in the Palmetto State (and beyond), we believed it would have been hypocritical to pick sides in a partisan/ ideological battle over the leadership of the campus.

“Set these institutions free to pursue their destinies in the private sector and let the free market determine the outcome of such squabbles,” we wrote earlier this week.