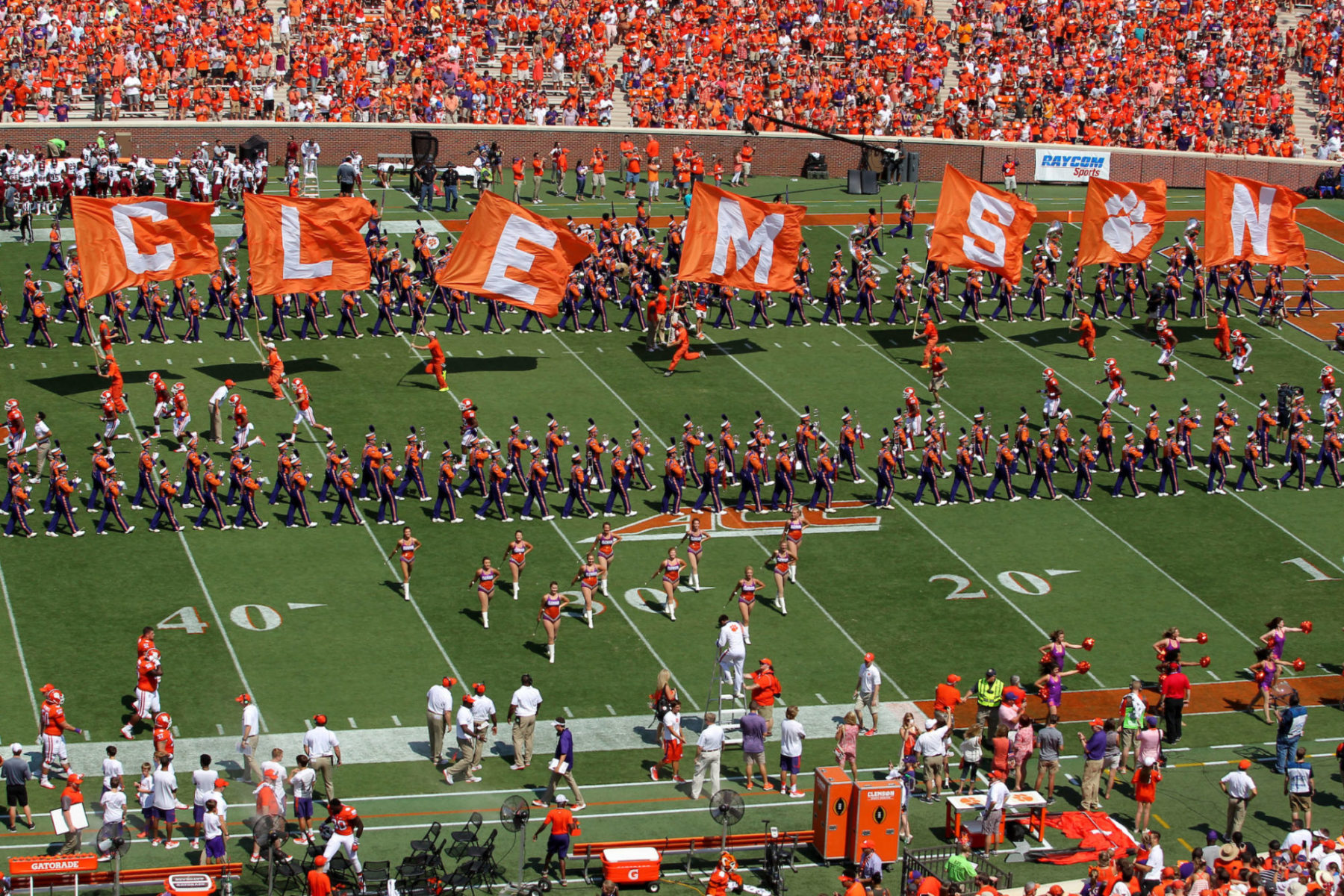 While the University of South Carolina does its best impression of a thermonuclear meltdown, supporters of its in-state rival are capitalizing on the chaos … fanning the flames of its four-alarm dumpster fire.

“At Clemson, we salute God and country,” the site proclaimed, offering a stark contrast to the values currently on display at South Carolina.

South Carolina’s hard left orientation has crystallized in recent months as “progressive” students, faculty and staff have fought tooth-and-nail against the nomination of retired U.S. Army general Robert L. Caslen – who is hoping to become the school’s next president.

The progressives defeated Caslen (above) back in the spring, but earlier this month Republican governor Henry McMaster – eager to reestablish his conservative bona fides – launched a surprise summer offensive aimed at installing his candidate of choice while protesting students were out of town.

As of this writing, South Carolina’s governing board appears to be evenly divided on Caslen’s nomination – which will be put to a vote this Friday (July 19).

Whatever happens with Caslen’s candidacy, this goat rodeo of a presidential search has done irreparable damage to South Carolina’s brand.

“The looney left students and faculty are in charge at USC,” the Clemson group wrote on its page this week. “They protest a US Army General being their president and the board backs down. That’s just the tip of the iceberg. USC is now firmly established as a Chapel Hill, Austin, Berkeley style bastion of anti-American counter culture.”

The group was just getting warmed up, too …

The Sons and Daughters of Clemson are All In when it comes to God and Country. We celebrate traditional “Great American” values. We have a real prayer before our football games and no students sit during the national anthem. Oh yeah – we WIN those games too.

Ah, yes … the dagger: Contrasting Clemson’s rise to the pinnacle of college football with South Carolina’s return to mediocrity on the gridiron (and on the hardwood, and the diamond).

Here is the artwork accompanying that invective …

Our only recommendation would have been superimposing Clemson’s two College Football Playoff (CFP) trophies in the background of the artwork.

Even more masterful, the pro-Clemson messaging is targeted specifically to matriculating students … going so far as to include a link to the school’s online application.

Obviously, Clemson has had its own bouts with politically correct insanity in the past, but nothing like the nonsense currently taking hold at South Carolina.

Seriously … these people have lost their minds.

As much as we would love to wade into the mess … we can’t. Given our belief that government should have no role in either the funding or administration of higher education, it would be hypocritical of us to endorse one ideological group over another in a battle such as this one.

“Such disputes should be resolved within the marketplace of ideas, not by point-scoring politicians,” we noted earlier this week.

In other words, privatize these schools and let the marketplace sort things out.

Hopefully, Palmetto political leaders will figure out the efficacy of such an approach sooner rather than later. Until they do, though, Clemson’s social media trolling of its in-state rival is hitting the mark …