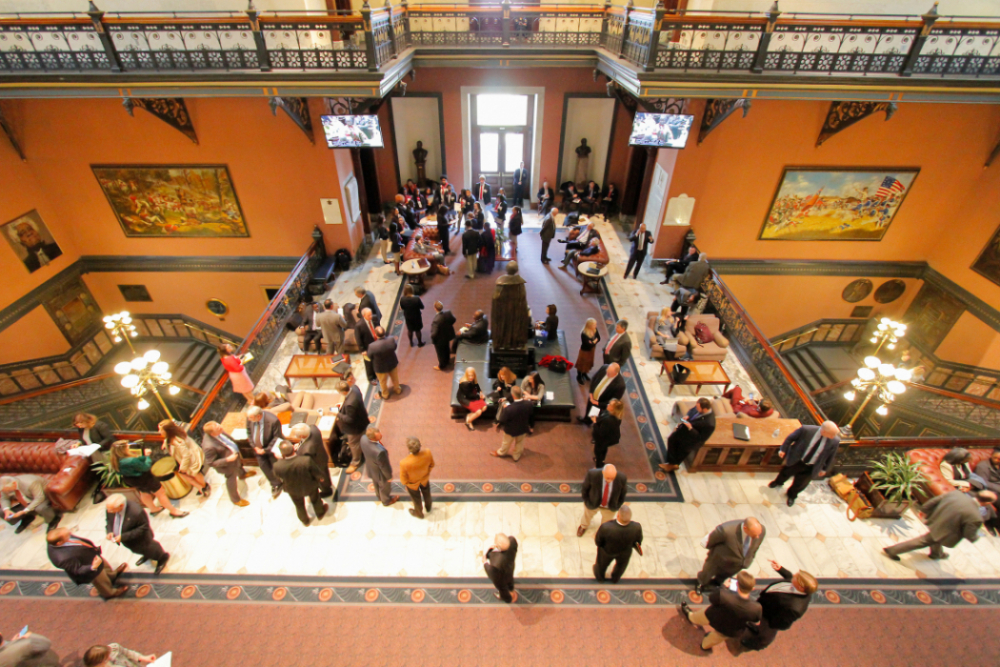 From the beginning, the South Carolina General Assembly’s handling of the #NukeGate debacle has been all about saving face, not protecting ratepayers from the consequences of the Palmetto State’s spectacularly failed intervention in the nuclear power business.

Remember … it was the state legislature which plunged South Carolina headfirst into this disaster a decade ago when it approved the now-notorious Base Load Review Act (BLRA).  This special interest handout allowed crony capitalist utility SCANA to inflate power bills on customers to the tune of $2 billion over the past ten years – ostensibly so it could build a pair of new reactors at the V.C. Summer nuclear generating station near Jenkinsville, S.C.

We all know how that worked out …

An estimated $10 billion was spent on the project, but the reactors were not completed … nor are they close to being completed.  The project has been abandoned, and it has since been revealed that SCANA and its government partner Santee Cooper knew years ago the reactors were doomed – but kept raising rates on customers anyway.

And all the while, legislators responsible for “oversight” stayed asleep at the wheel as they collected tens of thousands of dollars in campaign contributions from utilities.

As the fallout from #NukeGate has cascaded across the Palmetto political landscape over the last fourteen months in the form of ratepayer lawsuits, political intrigue, election-year politicking, criminal investigations and high-stakes corporate deal-making, this news outlet has been more circumspect than usual.

We have not endorsed any of the proposed “solutions” currently on the table, nor have we engaged in the sort of coarse, hyperbolic ranting that defined our formative years in the Palmetto State’s marketplace of ideas.  Our objective has been to provide readers with as much information as possible – along with our best assessment of that information (and its impact on their bottom line as ratepayers/ taxpayers).

Not surprisingly, we have taken an exceedingly dim view of the ongoing involvement of state lawmakers – who, after seeding the greatest command economic failure in state history, now wish to be perceived as leading the investigation into the debacle and rescuing ratepayers from the evil corporations looking to (partially) bail out those impacted by it.

“Politicians who caused a problem shouldn’t be trusted to investigate it,” we wrote last August – less than two weeks after Santee Cooper pulled the plug on the reactors.

And when lawmakers finally decided on their “solution” nearly a year later, we warned our readers to take it with an ocean of salt.

“We don’t trust the politicians who created this disaster to get us out of it,” we wrote this spring.

To be clear: When politicians enable a state-owned utility and crony capitalist power provider to blow through $10 billion of public/ ratepayer money on a botched nuclear power plant project – there are no winners.  There is simply no “solution” for a disaster of this magnitude.  No deal is ever going to truly “fix” it – certainly not one crafted by the same people who put the state in this hole in the first place.

All that is left is avoiding the worst-case scenario …

As of this writing, there are two proposals that provide a pathway forward for #NukeGate.  One envisions the sale of SCANA to Virginia-based Dominion Energy.  This private sector deal – the only market-based option currently on the table – would provide an estimated $1.3 billion in immediate cash rebates to ratepayers (an average of $1,000 per residential ratepayer).  It would also absorb $1.7 billion in debt related to the botched project and gradually reduce energy bills over the next twenty years.  Not surprisingly, it is a popular plan with ratepayers – particularly due to the up-front relief.

Lawmakers’ alternative proposal would provide an estimated $270 million in up-front relief to ratepayers and larger reductions in energy bills over time (at least temporarily).  As this news outlet exclusively reported earlier this year, though, all of the initial ratepayer relief provided by the legislature was also envisioned as part of the Dominion-SCANA deal.

Meaning at this point, lawmakers haven’t given beleaguered ratepayers anything they wouldn’t have gotten out of a private sector deal anyway …

Also – unlike the Dominion deal – legislators’ proposal does not lock in lower rates.  And more ominously, it has set up a protracted legal battle that the state may not be able to win.

This was precisely what we urged them to avoid in crafting a deal that “maximized ratepayer relief within the confines of what the market will bear and the courts will accept.”

Lawmakers are playing a multi-billion dollar game of “chicken,” essentially … and in the event they do manage to prevail in court, ratepayers would be left with no choice but to take them at their word regarding a prohibition against future rate increases.

Do we take lawmakers at their word?  Hell no.

Throughout this process, we have also watched with growing trepidation as multiple legislators negotiated in secret with other parties to the proceedings. 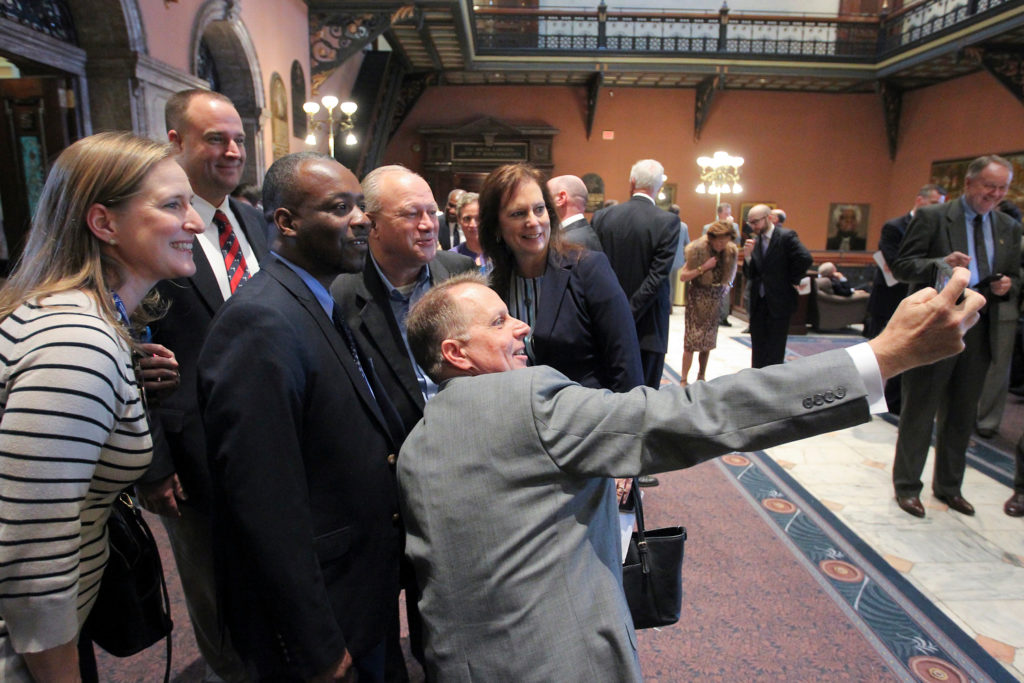 One of these lawmakers, state senator Mike Fanning (above) of Fairfield County, has openly acknowledged his participation in offline negotiations with other would-be corporate suitors for SCANA and Santee Cooper.  Fiscally liberal Senate judiciary chairman Luke Rankin has also participated in offline talks, along with fellow fiscal liberal Larry Grooms.

Both Rankin and Grooms, incidentally, were lead sponsors of the BLRA – making their involvement in such deliberations most unwelcome from our perspective.

In February, we called for all #NukeGate-related negotiations involving elected officials to be conducted in the sunlight.

“Lawmakers can try to play savior here all they want, but they must publicly disclose who they spoke with, what terms were discussed and (given the rampant corruption that exists in this state) what, if any, financial connection they have to the deal,” we wrote.  “The bottom line here is simple: The solution to a spectacularly failed government intervention in our state’s energy economy is not to allow the architects of that failure to go behind the public’s back and negotiate an exit strategy.”

Addison is regarded as a support of the Dominion-SCANA deal, while Kissam is viewed as an opponent.  In other words, Massey was essentially endorsing another regime change at the company with the expressed goal of scuttling the purchase of SCANA.

Massey’s bid to hand-pick the executive management team at SCANA struck us as “very troubling” – and caused us to further question the lengths to which he is going to sink this deal.

Just how far is he taking it?

According to sources familiar with the recent legislative wrangling on this issue, “multiple lawmakers” have engaged in improper offline communications with the state’s embattled Public Service Commission (SCPSC) – which will ultimately decide the issue – or at the very least directed others to engage in those communications on their behalf.

Is Massey among them?  Our sources declined to name names, however they indicated “ranking” members of both chambers have participated in such verboten offline communications.

Why would that be a big deal?

Legislative meddling in SCPSC deliberations is expressly forbidden.  In fact, lawmakers are statutorily limited in the sort of public involvement they can have with the commission.

For example, the state’s code of laws (§ 58-3-142) prohibits legislators from appearing before the SCPSC in any capacity except as witnesses, and also bans lawyer-legislators (and any employee of their firms) from representing parties with business before the panel.

This prohibition encompasses the transmission of “information by any mode including, but not limited to, oral, written, or electronic.”

In other words any legislative communication with an SCPSC commissioner, hearing officer or employee isn’t just unnecessarily and improperly opaque … it is illegal.

Such tough statutory language seems a bit ridiculous given that the SCPSC – whose members are elected by the legislature – has become little more than an extension of the S.C. General Assembly over the last decade.  Also legislators – many of whom sponsored the infamous BLRA – until recently comprised a 6-4 majority of the S.C. Public Utilities Review Committee (SCPURC).  This panel was tasked with nominating SCPSC commissioners and conducting an “annual performance review” of its appointees.

Clearly, legislative oversight was a colossal failure in this regard.

Ridiculous or not, though, these prohibitions against legislative meddling are the law.

Later this year, the SCPSC is scheduled to rule on the Dominion-SCANA deal – marking the agreement’s final regulatory hurdle.  More importantly, the SCPSC remains empowered to set permanent utility rates which could result in this deal either advancing or being pulled from the table.  But whether you support the Dominion-SCANA deal (as a majority of our readers clearly do) or oppose it, everyone ought to agree that the process before the SCPSC must be transparent, fair and free from improper legislative meddling.

Accordingly, we would call upon the S.C. State Ethics Commission (SCSEC) – as well as the various state and federal law enforcement agencies already probing this command economic debacle – to investigate allegations of improper and potentially illegal legislative communication/ coordination with the SCPSC.

After a decade of failing to do their jobs, we cannot allow lawmakers to go behind the backs of the public and rig a decision in this case …