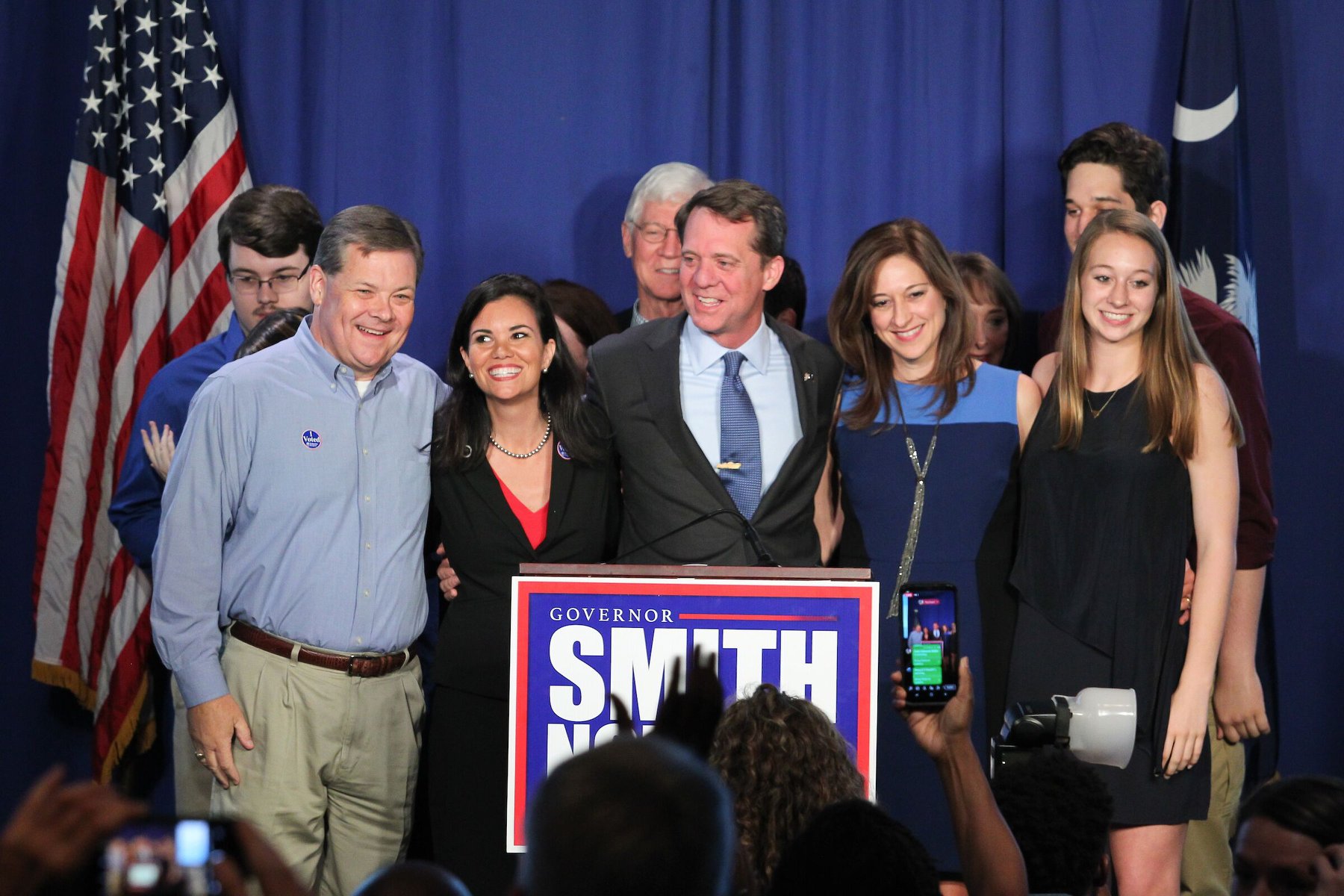 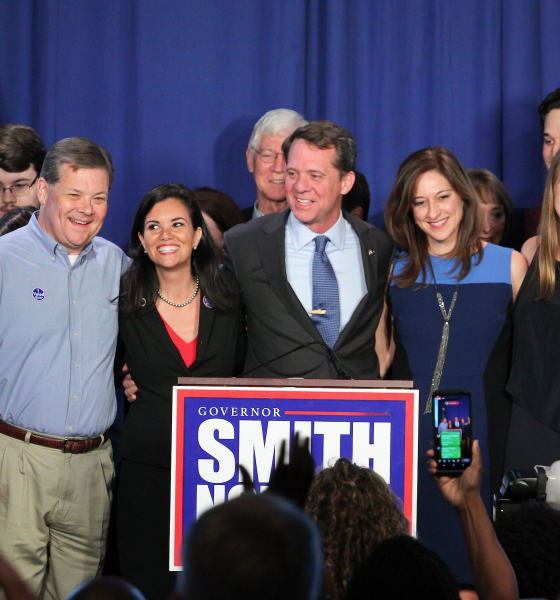 Democratic candidates for statewide office launched a coordinated broadside against their Republican rivals this week related to #NukeGate – the state of South Carolina’s spectacularly failed government intervention in the nuclear power industry.

Gubernatorial candidate James Smith and his running mate Mandy Powers Norrell issued a joint statement slamming the botched project – and pinning the blame for it squarely on the GOP-controlled General Assembly, which allowed state-owned utility Santee Cooper and crony capitalist SCANA to raise rates on consumers for over a decade to help subsidize the scuttled project.

Is that a viable argument?  Absolutely …

“For years, we had no alternative but to trust that SCANA knew what it was doing in charging ahead with those two new nuclear plants,” Smith and Norrell wrote.  “After all, they were the experts, right?  And besides, the legislature had granted them a free hand in jacking up our rates in order to raise the billions for the project.  And it wasn’t like we had alternatives: For those of us in their service areas, SCANA and Santee Cooper were the only games around.”

Smith was in the S.C. House of Representatives at the time the handouts were approved, but he did not vote in favor of them.  He was training for his deployment to Afghanistan at the time, making him an especially effective critic of the measure.  Meanwhile Norrell was not elected to the legislature until 2012, several years after the now-notorious Base Load Review Act (BLRA) had been advanced by liberal state lawmakers and allowed to become law by former governor Mark Sanford.

“Now we see the folly of putting all our energy eggs in one basket,” Smith and Norrell continued.  “The nuclear project is a forgotten dream, lost along with the thousands of good jobs in Fairfield County.  And SCANA is still trying to get us to pay for the plants that will never provide us with a single watt of power.”

“Unlike my opponent, I don’t take their money,” Anastopoulo said in the spot, referring to SCANA.  “I’ll prosecute their executives and corrupt politicians and get your money back.”

Anastopoulo’s advertisement is effective, although we do not think it will move the needle in her long shot bid to upset Wilson in November.

Maybe if she had named her opponent in the ad …

Actually, Wilson has been very active in the ongoing court battle related to #NukeGate – opposing SCANA’s interests.  Just last month, he submitted a brief with the U.S. fourth circuit court of appeals urging the panel to dismiss an appeal from SCANA related to a district court ruling that went against the company.  The fourth circuit ultimately did just that.

Anastopoulo maintains Wilson is tainted, though.

“How can they say they are looking out for ratepayers when they have taken money from this company, money that belongs to the ratepayers not to politicians?” she tweeted.  “The truth is – they can’t.  I won’t take their money.”

As for prosecuting those responsible for this debacle, a joint state-federal investigation has been underway for the better part of the last year.  It is not clear when that probe will produce indictments, but Wilson’s office would obviously be intimately involved in that process given its oversight of the state grand jury. 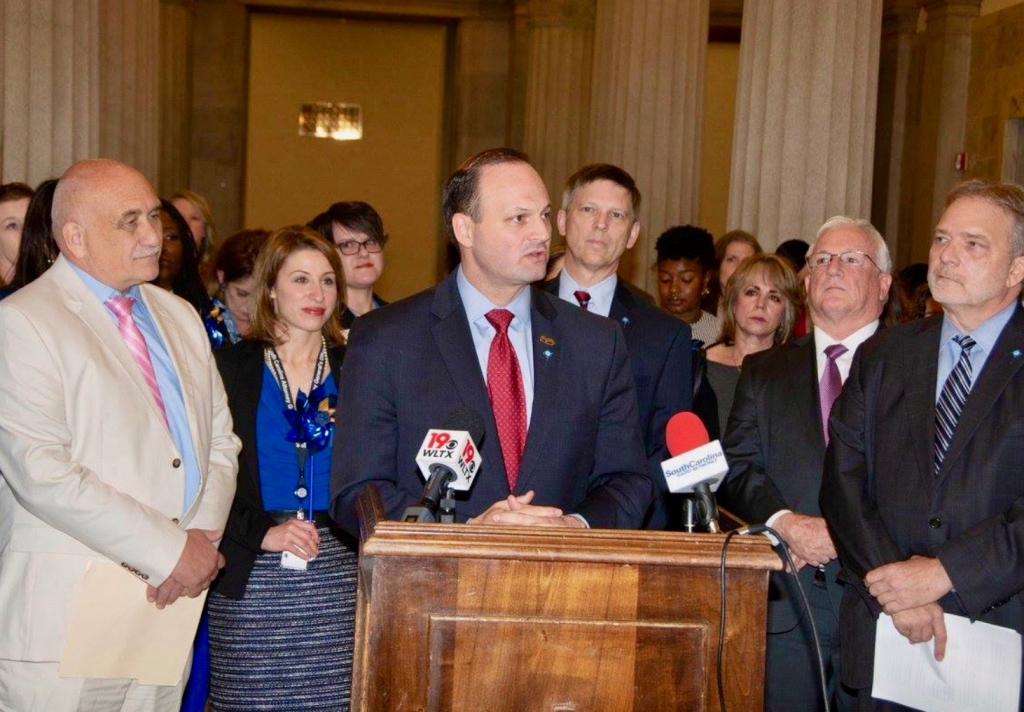 Politics aside, #NukeGate faces an uncertain future as the S.C. Public Service Commission (SCPSC) – one of several legislatively controlled panels that helped usher in this fiasco – prepares to hold its first public hearings related to the competing plans to address the debacle.

Recapping the deals: A proposal from Virginia-based Dominion Energy would provide an estimated $1.6 billion in immediate cash rebates to ratepayers (an average of $1,500 per residential ratepayer).  It would also absorb $1.7 billion in debt related to the botched project and gradually reduce energy bills over the next twenty years.  Not surprisingly, it is a popular plan with ratepayers – particularly due to the up-front relief.

Lawmakers’ alternative proposal – approved in late June – would provide an estimated $270 million in up-front relief to ratepayers and larger reductions in energy bills over time (at least temporarily).

Questions abound as to whether lawmakers would keep their rate cuts in effect or leverage them to exert undue influence over a weakened SCANA – or perhaps pave the way for another company to purchase the embattled utility.

This news site has not endorsed either proposal, although we have repeatedly cautioned against trusting lawmakers to extricate the state from a disaster of their own making.