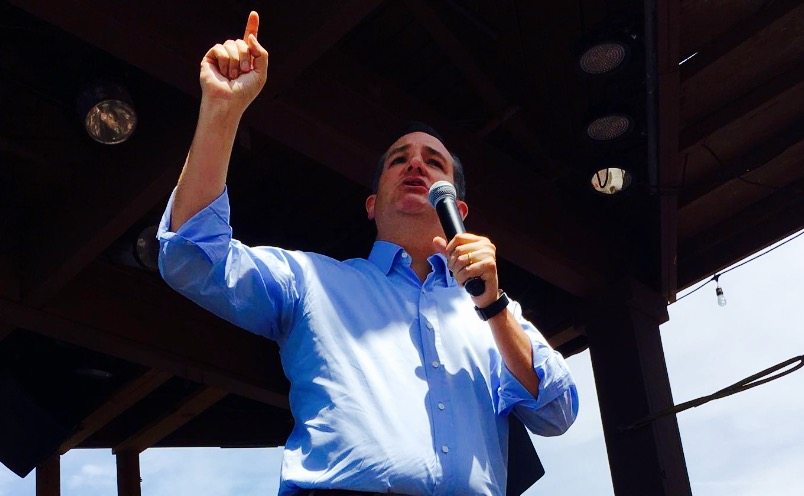 “I AM WATCHING AND LISTENING”

It looks like U.S. Senator Ted Cruz may have bitten off a bit more #NeverTrump than he could chew …

Cruz’s speech to the 2016 “Republican” national convention – in which he declined to endorse GOP nominee Donald Trump – has spawned some serious backlash against the one-time standard-bearer for movement “conservatives.”

In fact not since S.C. governor Nikki Haley told conservatives to “simmer down” seven months ago have we seen such a broad spectrum of the GOP unite against a particular “Republican” politician.

(Which is ironic when you consider Cruz and Haley were mugging for the cameras following his big speech on Wednesday evening).

Cruz maintained a defiant posture in the aftermath of his anti-endorsement speech – saying he was not going to be anybody’s “servile puppy dog.”  Of course he did send out one incredibly important smoke signal – a bow to the uniformly negative reaction his speech engendered.

What was it?  An acknowledgment that he could wind up endorsing Trump between now and November.

Cruz also said that he wouldn’t be voting for Democratic nominee Hillary Clinton – which we’re guessing is more than closeted Democrats like Mitt Romney, John McCain, Jeb Bush, George W. Bush and Lindsey Graham will be able to say.

Don’t get us wrong: Trump doesn’t need Cruz.  Nor does he need any other figureheads from the party’s failed past.  The “Republican” establishment has been reduced to a rounding error in the national polls – and that’s before we even factor in the “Brexit” bounce.

Cruz’s decision to throw his lot in with the defeated #NeverTrumpers isn’t going to change that.

As we noted in a column earlier this week, “whatever one thinks of Trump, it is important to remember that he is not so much the creator of a movement as he is the product of that movement.  And whatever one thinks of this movement, make no mistake: It is growing … empowered by the increasingly transparent corruption of the political elite and the increasingly costly economic malaise their self-serving rule has created.”

In fact Cruz’s own political fortunes have risen – and fallen – based on his alignment with this movement.  When he embraced it during the early stages of the 2016 race he catapulted to the forefront of the GOP primary battle.

When he rebuked it, he faltered.  Like he’s doing now …