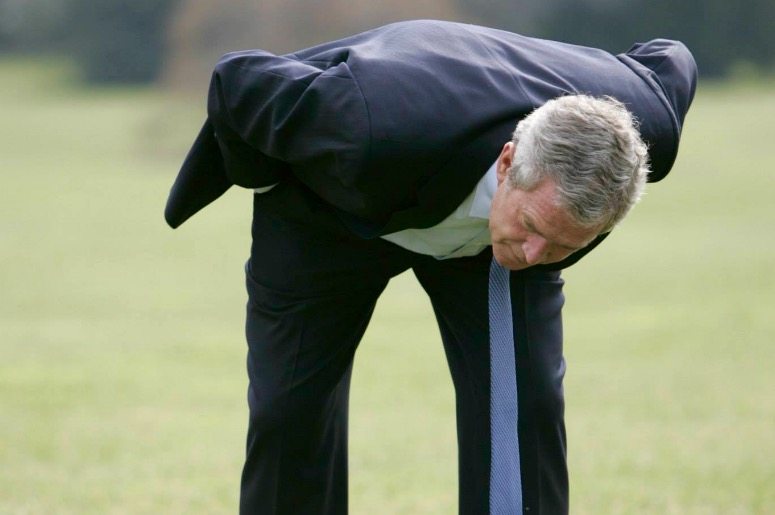 “AMERICA HAS CROSSED A HISTORIC DIVIDE”

We don’t regularly follow the pronouncements of Pat Buchanan, but the former presidential candidate and “paleoconservative” commentator has an interesting piece up this week noting a key line of demarcation in the evolution of the “Republican” party.

Since we wrote in a similar vein recently, we thought we’d share a few excerpts …

In noting the absence of former presidents George H.W. Bush and George W. Bush (and former “Republican” nominees John McCain and Mitt Romney) from this month’s GOP convention in Cleveland, Ohio, Buchanan observed that “petulance … must surely (have) played a part” in their decision to stay at home.

Indeed it did … but there’s something bigger than bitterness at work here.

“Trump’s nomination represents not only a rejection of their legacy but a repudiation of much of post-Cold War party dogma,” Buchanan noted.  “America crossed a historic divide and entered a new era.  Even should Trump lose, there is likely no going back.”

According to Buchanan, Trump has permanently changed America’s perception of its role in the global economy by challenging “free trade” orthodoxy.

“When the American people discovered that the export of their factories and jobs to low-wage countries, and sinking salaries, were the going price of globalism, they rebelled, turned to Trump, and voted for him to put America first again,” he noted.

“Economic nationalism is the future.”

Critics refer to this as isolationism … or even worse, nativism.  They brand it as racist and xenophobic.

This website has written extensively on the economic insanity of inking more government-run “rigged trade” deals.  This issue has absolutely nothing to do with race or nationality, and everything to do with dollars and cents.

U.S. president Barack Obama and liberal “Republicans” in Washington, D.C. – all of whom have been purchased by the same status quo interests – want to carve out specific trade language that would enable select corporations to subsidize the outsourcing of American jobs.

You know … to these workers.

In exchanging for sacrificing these jobs, Americans have been promised cheaper consumer goods – although (shocker!) the corporations receiving the subsidies invariably fail to “trickle down” savings to the rest of us.  Or if they do, those savings aren’t anywhere near significant enough to mitigate the broader damage done to the economy.

Two months ago, Rick Manning of Americans for Limited Government ran a column noting how the trade issue “fast-tracked” Trump to the GOP nomination.

“On trade and immigration, the returns are in,” he wrote.  “Should the GOP go back to globalism, amnesty or open borders, it will sunder itself and have no future.”

In politics, we tend to break things down on the basis of labels, personalities and rhetoric.  Decisions often involve “feelings” as opposed to raw data – and make no mistake, guilt is very powerful “feeling.”  The forces of political correctness have adeptly exploited that guilt – convincing us that acting in the national self-interest is somehow intrinsically evil.

Well guess what: It is not.