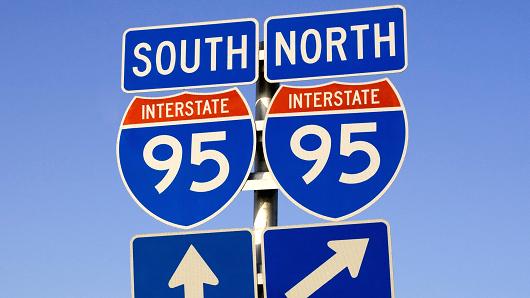 IT’S TIME TO STOP TALKING AND DO SOMETHING …

We’ve written till we’re blue in the face(s) about road funding issues in South Carolina – about how powerful politicians and their appointed bureaucrats (often family members) dictate the subsidization of totally unnecessary projects at the expense of needed repairs.  Then they claim these wasteful projects are part of a “shortfall” – while conveniently ignoring the massive funding increases provided to the S.C. Department of Transportation (SCDOT).

And the massive borrowing undertaken to subsidize unnecessary corporate infrastructure.

Again … at the expense of real needs.

The result of all this politicization and mis-prioritization?  Terrible roads … which is unacceptable under any circumstance, but especially in a state where the average motorist pays a greater share of his or her income on fuel costs than a resident of any other state.

It’s madness … yet the politicians and bureaucrats responsible for this ongoing failure want to take more of your money to continue doing a terrible job.

Make sense?  No … it doesn’t.  Which is probably why the tax hike supporters have been struggling so mightily to make their point.

The good news?  One lawmaker – S.C. Senator Tom Davis – has stood up and said “enough is enough.”

Davis’ impassioned filibuster last year singlehandedly blocked an $800 million tax hike, and he’s vowed to keep fighting this year – including educating the mainstream media about the cost of this failed system.

Occasionally they get it …

In other cases, they have to be jarred to their senses by tragedy … like the one that occurred on Wednesday morning in Jasper County, S.C.  That’s where 52-year-old Sharon Toomer – a lunch lady at a government-run school – slammed her car into a tree along Interstate 95.

Previous reporting by The (Hilton Head, S.C.) Island Packet has revealed that this section of road is in dire need of being cleared in the interest of vehicular safety (massive timbers are in some places just ten feet away from the road).  SCDOT even committed to “a safety project” for the area last year.

David Lauderdale, a columnist for the Packet, pulled zero punches in offering his explanation for the situation.

“In this state, a handful of senior legislators make highway decisions for political gain and, unfortunately, poor little Jasper County hasn’t had the political clout of the good old boys needed (to) improve I-95,” Lauderdale wrote. “For years, locals have begged for some money to cut trees or install barriers to reduce the outrageous rate of fatalities on I-95 in Jasper County.  But the facts don’t matter in South Carolina. I-95 rides like the Ho Chi Minh Trail. Funeral after funeral are held. It doesn’t matter. Nothing changes.”

“Nothing changes.”  Indeed … that ought to be South Carolina’s new license plate motto, come to think of it.

Except it’s not entirely true. One thing does change (in transportation, education, health care, etc.).  The cost of failure keeps getting more expensive.

In fact state lawmakers will add a whopping $1.2 billion during the coming fiscal year to the $26 billion they are spending this current fiscal year (which was roughly a billion dollars bigger than the budget before that).

Think all that cash will make a difference this time?  Don’t be silly.

“South Carolina could do better, but it won’t,” Lauderdale continued.  “Senior legislators have the power of Zeus, and they won’t give it away for the good of the state.”

Nope … and they never will.

Lauderdale singled out powerful S.C. Senate leader Hugh Leatherman, who is profiting in all sorts of ways from all the waste and inefficiency.  And whose son-in-law is on the committee approving all the money.

But he’s not alone … dozens of liberal lawmakers empower him.  And when they retire, they anoint hand-picked successors (who are often even more corrupt) to keep the scam going.

So even if Leatherman dies (which almost happened a little over a year ago), another corrupt enabler of the system will take his place.

And laugh all the way to the bank …

Sick of all this?  Then do something.

Vote against one of these bastards.  Show up in their office.  Write a letter to their hometown paper and demand it be published.  Run against them. Donate to people who are running against them.  Donate to the people with the balls to stand up against them – like Davis.

Throw a brick through a window.  Yell.  Scream.  Raise hell.  Scare the sh*t out of them.

Oh, and whatever you do … don’t listen to the politicians telling you to shut up.

If not for you or your kids and grandkids (who are paying the price for all this corruption and incompetence), do it for the people dying as a result of what’s happening.