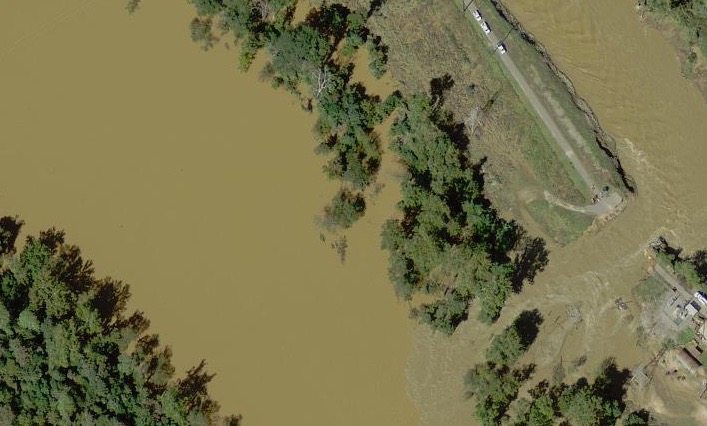 In the aftermath of “Floodmaggedon,” we’ve written on the woeful state of South Carolina’s infrastructure – roads, bridges, dams, etc.

Is this chronic state of disrepair due to a lack of funding?  No.

As a result, the state’s annual budget has ballooned to a record-setting $26 billion (a number you never hear about from the mainstream media) – while funding for roads and bridges increasing from $1.1 to $1.8 billion annually over the last four years alone.

Despite these investments, in 2013 an estimated 11.3 percent of state bridges were structurally deficient while 9.4 percent were deemed functionally obsolete.  Roads were in even worse shape.  Meanwhile 162 of the state’s 550 regulated dams were classified as “high hazard.”

How is this possible when state government has consistently grown faster than inflation and population growth?

Anyway, as we’ve noted the ineptitude hasn’t been confined to the state level …

In the city of Columbia, S.C. – which got far less rainfall than other areas of the state – “Floodmaggedon” has produced deadly chaos.  It has also created a public health crisis as the city’s long-neglected water and sewer system has been severely compromised.

For the fourth straight day, more than 400,000 citizens are under a boil water advisory – with no end in sight.

Meanwhile far too many of those citizens who lost everything were struggling to get by before the rain fell and the waters rose.

Obviously we’re not saying even the most judicious use of taxpayer resources could have prevented all of the death and destruction wrought by this storm – but our infrastructure and our people could (and should) have been much better prepared.

We’re not the only ones who think so, either.

“South Carolina has been solid red for as far back in history as the eye can see, and the GOP hates investing in infrastructure,” Shannon Barber wrote for Occupy Democrats.  “There are many reasons for this, but, at the top of that list is the fact that they are bound to their corporate masters, working tirelessly to secure tax cuts for the rich and tax breaks for corporations, without any plan to make up the lost income that should have gone to pay for infrastructure improvements.”

At all levels of authority in the Palmetto State, core functions of government are being habitually neglected so that politicians can chase pet projects or dole out cash incentives to select corporations.  And when government does perform core functions – it routinely allows politics, not real needs – to dictate where the dollars flow.  And nowhere is this politicization more evident than in government spending on roads and bridges.

Government exists to protect life, liberty and property.  When it seeks to go beyond these core functions, bad things happen.

“Floodmaggedon” is obviously a disaster no amount of wisdom, stewardship or preparation could have prevented.

But the price we are going to pay for it – in lost lives, property and tax dollars – is going to be far higher than it should have been.