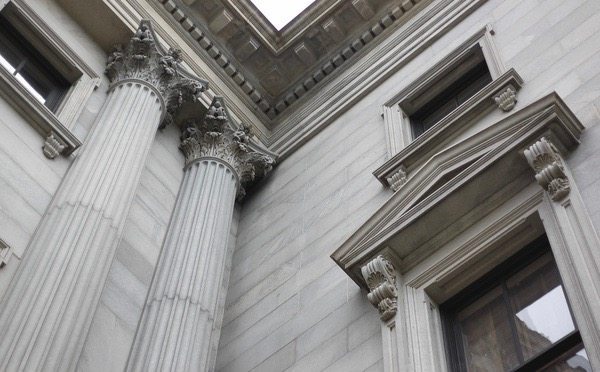 Outgoing S.C. Senator Ray Cleary – a liberal tax-and-spender who is using his final year at the S.C. State House to try and ram through a totally unnecessary gas tax increase – is supporting an ethically challenged state representative to be his replacement in S.C. Senate district 34.  Cleary has endorsed the candidacy of S.C. Rep. Stephen Goldfinch – a guy who has had all sorts of issues since being elected to the S.C. State House in 2012.

“I’m delighted to offer my support to State Rep. Stephen Goldfinch,” Cleary said in a statement.  “I’ve worked directly with Stephen and I can tell you first hand that Stephen cares about our community and will work hard to look out for our needs here.  His business is here.  His family is here.  He’s lived here his entire life.  Stephen understands our roads and infrastructure needs, the reforms needed to make our schools better, and the need for comprehensive tax reform.  And he understands the need to protect our unique natural resources.  I’m proud to endorse Stephen Goldfinch to be our next State Senator.”

By “understands our roads and infrastructure needs,” Cleary is saying Goldfinch is on board with his proposed gas tax hike.  Which is to say he supports dumping billions of dollars of your money into a system that is beyond broken and beyond corrupt.

And when Cleary says Goldfinch understands “the reforms needed to make our schools better,” once again he is referring to the same old big government machinations of the “Republican” leadership in Columbia, S.C.

Are we surprised by this endorsement?

Our hope?  That a pro-free market, pro-freedom candidate will step forward to challenge Goldfinch for this seat.

Rules Of The Road: SC Style

Switching from 1 turd to another, isn’t going to make a difference.

Fresh turds tend to stink more than ones that have been able to dry out over a few years.

You should know, Dad since you crap your underwear and only change them monthly. Crusty ass pedophile bastard!

I’ll pass this along to my dad. He hasn’t worked since Bush 41. He blames his chronic unemployment on the Democrats when in fact he can’t get a job because of: 1. his pedophila conviction and subsequent enrollment on the sex offender registry; and 2. he is dumb as hell.

The criminal story of Stephen Goldfinch is far from over. Goldfinch’s criminal charges remain pending and unresolved. Goldfinch’s attempts to plead guilty appears to have run into trouble, and prosecutor(s) have not move forward to resolve it as a misdemeanor. Goldfinch’s criminal complaint was filed in early December 2013 (according to Fitsnews, The Nerve and The State) and prosecutors have since delayed further actions on it, publicly stating that the case against Goldfinch has been “delayed in Texas”, and the real reasons could different. Meanwhile, Goldfinch’s partner Yair Adereth quietly slipped away from US, before charges on him could be filed.

In 2014, Goldfinch went around blaming his criminal charges on the good Dr.Dammai, but Dr.Dammai has since fought his case and won in federal court (according to court documents and his legal webpage). Wonder what lies Goldfinch is going to come up this time around to explain his stem cell scam and his ill-gotten wealth.

As far as the senate race goes, anybody can fix the roads and infrastructure. Public dont need to handover their hard earned dollars to a person like Goldfinch.

I can’t wait for Goldfinch to become a jailbird.

There’s no way Ms. Goldfinch will stick around for her criminal jailbird husband.(and she shouldn’t!)

The prosecutors kept Goldfinch’s involvement in the stem cell scam hidden for a long long time (3 years) until our very own Mr. Will Folks the great caught wind of it and promptly exposed the scam. So, whether the prosecutors (and FDA/FBI) are motivated to seek justice on behalf of we the citizens of US, or if they will continue to play dirty games, remains to be seen. The delay seems to indicate jailbird fate awaits Goldfinch. But these days even our federal agents are turning out to be cowards in their actions, as evident from hiding Goldfinch’s involvement in stem cell scam and more so in Hillary Clinton’s case.
The main stream media in SC has been totally worthless in pursuing the cause of justice for our people or even in ensuring that a criminal does not get elected by lying his way to the statehouse.

Why yes, class—the very same electorate that elected Mark-Sure-I-Left-My-Wife-And-Four-Sons-Sanford and Tim-I-Only-Serve-Black-Folk-Scott, too

Einstein said insanity IS repeating the same mistakes and expecting a different result so…y’all bend over now because here comes yet another good… !!!

Your really don’t know what the fuck you are talking about…. “Tim I only serve black folk…….” LOL!!!!!

Newsflash, dipshit, if the mirror didn’t lie, Tim Scott would deny that he was black. He has NEVER done anything for the African-American community in his life. Scott sold his soul and self respect to Jim DeWitt a long time ago. He is the epitome of an empty suit.

When Nikki Haley ‘s VP aspirations have evaporated, she will focus on Plan B, becoming the junior US Senator from South Carolina. She will have no problem disposing of Scott, should he decided to seek reelection.

almost-knowledge thought it good to knock on wood and suggest Haley stands a snowball’s chance of EVER getting elected again in SC
But when that Tea Train rolled over him it was too late for him to get knowledge…he was left with only a pot and yep–had to go… !!!

She duped idiots like you to vote for her TWICE!!!……by no means a Haley supporter, but she is adept and highly skilled at playing the political process to achieve her goals. Hell, she even used your beloved tea bagger party to get elected. She doesn’t need you or your fellow tea baggers now, Lone Moron.

almost-knowledge actually thinks Tea voted twice for Haley and yet he wouldn’t know Tea from an extra hole in his empty head
But quite like Haley he’d sell his grandmother’s jugular for political advancement even tho advancement for him is dead !!!