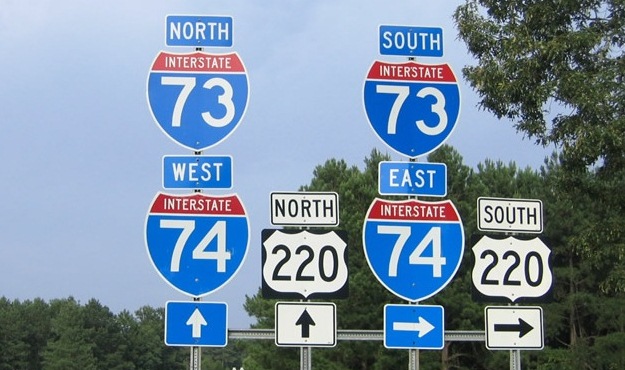 According to S.C. Gov. Nikki Haley and Janet Oakley – the tax-hiking liberal lobbyist Haley installed as her new Transportation Department (SCDOT) director –  $2.4 billion for Interstate 73 is part of the state’s critical “infrastructure gap” over the next quarter century.

Crazy, isn’t it?  Last time we checked, non-essential projects shouldn’t be counted as part of a “shortfall.”

FITS was the first media outlet in the state to report on the $43 billion Haley says her agency will need to address infrastructure “priorities” over the next twenty-five years.

Where’d they get that figure?  Somebody pulled in out of their arse, that’s where …

Our leaders appropriate billions of dollars to totally unnecessary projects – like I-73 and I-526 – and continue to maintain the fourth-largest road system in America.  And then they wonder why there’s a shortfall?  Sheesh … no wonder this agency is always broke (forcing Haley to rely on Barack Obama for a federal bailout).  As long as the politicians’ pockets keep getting fat, right?

FITS has been exposing South Carolina’s highway funding issues for years. Under Haley, bad has gotten worse – culminating in the drunk driving arrest of former SCDOT director Robert St. Onge, who resigned his office in disgrace earlier this year.

Haley says she won’t sign a gas tax increase … although she’s got no problem borrowing hundreds of millions of dollars to keep money flowing into the highway boondoggles.

We oppose a gas tax increase.  Sure, South Carolina has the lowest gas prices in America, but its residents are dirt poor – and pay a higher percentage of their income on fuel than the residents of any other state save Mississippi.

But hey let’s keep borrowing money they can’t afford to fund unnecessary projects … that’s worked out so well in the past!

Please don’t put this highway out of reach,
Many people need it to get to the beach,
And I don’t wanna sound like a whina’
But they’s got on over in North Carolina.

I agree they need this highway or we’ll have no tourists visit the coast. Yet it’s amazing how all them Ohio yankees seem to find Myrtle Beach every year.

Yeah, but it is a pain in the ass.
Once you leave I-95 it’s all Podunk bullshit. Then you have 544 to deal with.
And I’m from the upstate. That’s the only part I hate about dirty myrtle.

Go to Charleston instead. Who know’s you might even get a sighting of Mark and Maria – she’s so hot. She’s Maurice-alicious.

Lest we forget that the case for I-73 that all the politicians — including Bakari Sellers, alas — are supporting is based on a phony analysis of economic benefits.

You can read about it on FitNews:

Yet Haley would be the first one to say we shouldn’t spend money we don’t have. Weird. It’s almost like she’s a hypocrite or something.

Republicans only oppose government spending on things they don’t like. They love farm subsidies, corporate welfare schemes, tax-breaks for the rich, defense contractors, etc. You chose the correct word: hypocrite(s).

Wife beating and going after Nikki! Becoming an interesting Soap Opera here a fits! Well educated in both realms!

You cheated on your income taxes, didn’t you? You ran a few stop signs this year, thus far too by failing to come to a complete stop … You toss trash out of our automobile window …. yeah … we know your type.

I will tell you this, scores of citizens are fed up with the corruption in South Carolina. So much, it is pushing them to the point of revolt. Bobby Harrell’s criminal doings has really pissed them off.

Izzat you, Philip Branton? It’s all really YOUR fault, you know …
You have not taken us down nearly enough rhetorical rabbit holes and obscure bi-ways, or exhorted us to dig around in a sufficient number of toxic landfills in this great state, or gone all “FIST POUNDZZZZY!” enough about any and all of the above, in I don’t know how long.
So it’s ON YOU! Quit fuckin’ up like that, man.

All the REPUBLICAN incumbents will be handily REELECTED.

Where do you CLOWNS come up with such CRAP?

Right on Will go after her! We don’t need no stinking I-73! Seriously, we don’t!

What roads do you suggest we not maintain? Just curious.

We start with just the ones around your house.

Maybe I’m a little crazy, but this is just my humble idea. Why not take care of the existing roads? You know, the ones that are already lacking in maintenance and upgrades. Quite possibly more than a few bridges that might need a little work. Before blowing a bunch of money on a new highway.

If someone wants I-73 so badly then they can get private funding, make it a toll road and have all the Yankee’s visiting Myrtle Beach pay for its construction.

As for the SCDOT and it’s continual dysfunction, shut them down and start over.

Yankee’s don’t visit Myrtle Beach. Unless they’re looking for meth. They can afford to keep on goin’ down to Palm Beach, Amelia Island and Daytona. It’s people from western Virginia, West Virginia, Kentucky and northeast GA.

I saw a lot of Canadians there a couple of weeks ago.

1. 5 year moratorium on new construction.
2. Develop engineer documented priorities for repair and resurfacing.
3. All expenditures for the next 5 years go to repair and resurfacing.
4. Increase modestly the fuel tax over the next 5 years to get tourists and trucking companies to fund the repairs proportionately instead of putting the burden on SC residents as Haley and others are proposing.
5. And I know this is unrealistic but minimize politics in road decisions.