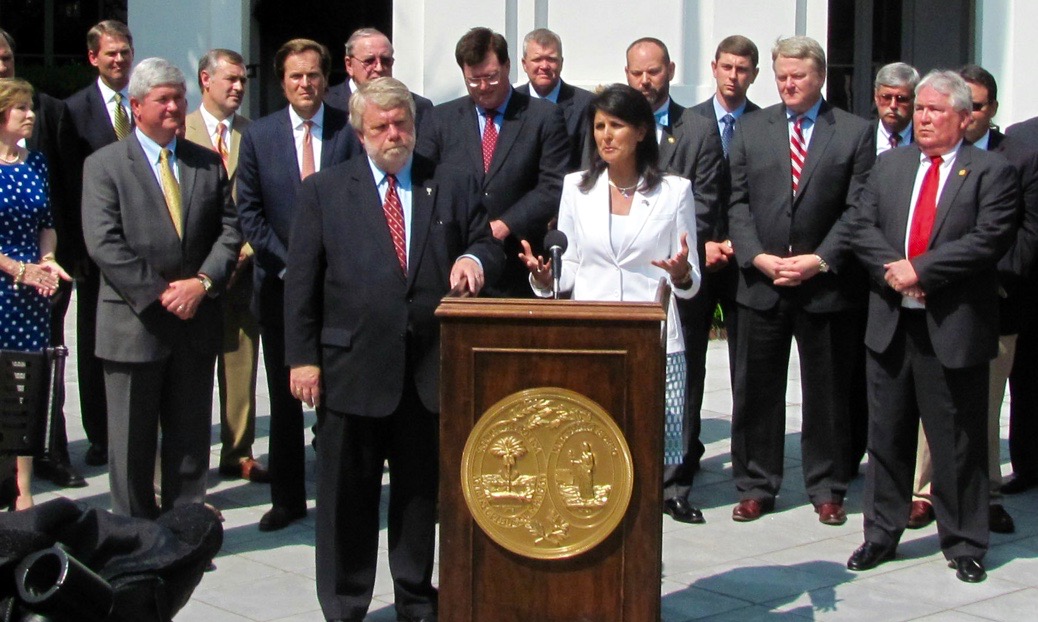 A government program intended to “further innovation, entrepreneurship and technology-based economic development” in South Carolina is facing scrutiny from state lawmakers who provide funding to its parent agency – the S.C. Department of Commerce.

The program – administered under the auspices of Commerce’s “Office of Innovation” – doled out $2.4 million in “Innovation Challenge” grants in May of 2014 (here) and another $2.6 million last February (here).

Obviously all this largesse is on top of the tens of millions the agency doles out to select corporations via its “governor’s closing fund” – and the hundreds of millions awarded to international behemoths like Boeing.

(Who later threaten to pull their jobs if they don’t get their way).

Do these investments pay off?

Sometimes.  But often not … but even when the state picks “winners,” taxpayers have to pay up.  Or borrow big.

Anyway, a cursory review of the thirty-three “Office of Innovation” grants reveals the names of many local governments – and several local chambers of commerce.

Very few grants actually went to small businesses … in fact it appears as though the entire program was designed to achieve its “innovative, entrepreneurial and economically developing” effects completely independent of the private sector.

Still, Commerce has been singing the program’s praises – even as it became obvious to agency officials that the program’s $5 million appropriation wasn’t achieving its desired effect (shocker).

“(Office of Innovation) projects are outcomes-oriented, and focus on building stronger entrepreneurs and companies, growing startup communities, training technology talent and providing education and access to funding for startups in both rural and urban areas of the state,” the most recent release stated.

One insider tells us the program is “about to blow up” due to the fact that “virtually all of the money has been pissed away.”

“The amount of (sketchiness) and people who formed non-profit shells just to apply and suck in $250,000 grants for ‘innovation’ is staggering,” our source said.  “Wonder why they didn’t renew the program after initially planning to make it an annual thing?  (Because) they realized the incredibly inept and backwards people and plans they funded.”

Now state lawmakers have started asking questions … seeking an itemization of the funds expended on the program and internal documents related to the metrics used to gauge the success or failure of the investments.

All, ironically, because the agency reportedly decided to pull the plug …

“I don’t know if anyone would have even blinked if they’d just re-upped it,” one GOP House member told us. “But they have raised a red flag now.”

We will continue to dig on this program in an effort to determine more about how this $5 million in taxpayer money was spent.  In the meantime, we would reiterate our fundamental believe that government has absolutely no business being involved in “economic development.”

In fact we would argue on behalf of the elimination of the entire Commerce Department (not just this program) – and the defunding of any government grant that provides one business with an unfair competitive advantage over another.