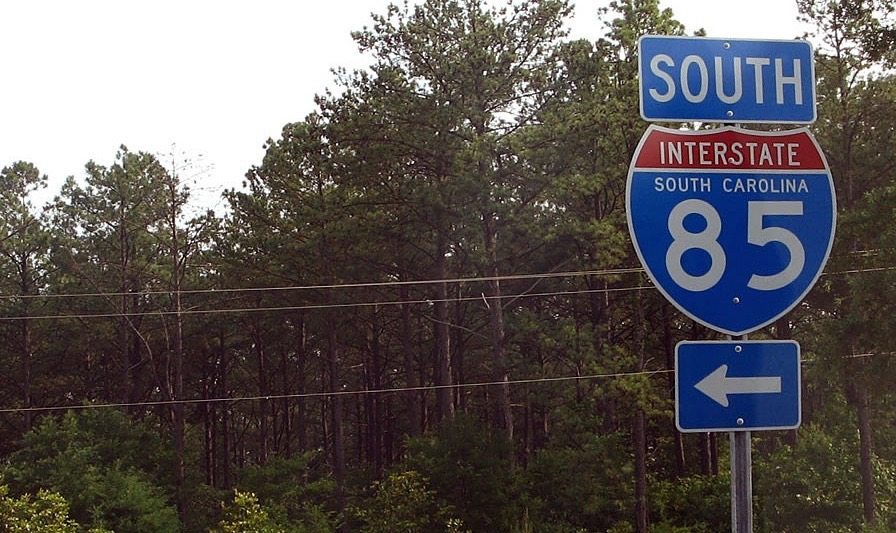 Take Interstate 85 – which runs through the South Carolina Upstate.  This road provides a major transportation artery between Atlanta, Georgia and Charlotte, N.C. – but like most roads “maintained” by the chronically mismanaged, corrupt and cash-strapped S.C. Department of Transportation (SCDOT), it’s in terrible shape.

How terrible?  According to reporter Dave Jordan of WSPA TV 7 (CBS – Greenville/ Spartanburg, S.C.) – a $44 million paving project intended to provide needed repairs to the stretch of Interstate 85 from Greer to Wellford, S.C. has been indefinitely delayed because the road is in such sorry shape it can’t even be repaved.

That’s right, according to the agency, the “underlying pavement” has deteriorated to the point repaving the road is not feasible – and so the Nashville, Tennessee-based contractor which won the bid has been released from its obligations.

This isn’t the first time repairs to Interstate 85 – which should have been completed years ago – have been put on hold.  Last fall the project was delayed after contractor pooch screws and “weather” issues.  Now the SCDOT is in the midst of a “review” of the problem, with repairs likely to be delayed again through the summer months.

“They will likely have to do a lot more to get that stretch of road straightened out,” one source familiar with road paving told FITS.

Amazing isn’t it?  South Carolina will build “interchanges to nowhere” (in the middle of nowhere) for roads which don’t even exist, but when it comes to basic maintenance for absolutely vital thoroughfares – it can’t fight its own backside with both hands.

And these are the people who want hundreds of millions of dollars in additional revenue from a proposed gas tax hike?

We’ve said it before and we’ll say it again: South Carolina taxpayers – who are already shelling out a disproportionately high percentage of their modest incomes on fuel – send more than enough money to state government to maintain our roads and bridges.

Our leaders are just totally incompetent … or too busy taking care of themselves (and their families).

Look: We’re kooky libertarians who detest government intervention in our lives (and our wallets), but even we can agree that properly maintaining roads and bridges (especially vital commercial thoroughfares like Interstate 85) is a core function of government.  And there’s more than enough cash in state government to get the job done … assuming we look at our so-called transportation funding “shortfall” in the proper context.