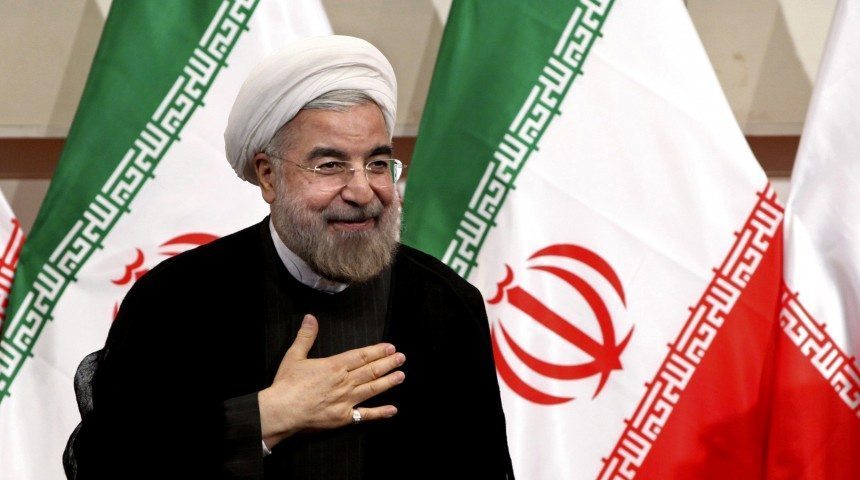 Wait … a Bush focusing on the Middle East?

We know … what could possibly go wrong?

Anyway, this particular Bush is focusing his ire on Iranian president Hassan Rouhani … by way of U.S. president Barack Obama.

“Despite Obama Administration hopes that President Rouhani would usher in an era of moderation and tolerance, his tenure has been marked by an increase in human rights abuses and repression,” Bush wrote in an opinion piece for establishment conservative website Townhall.

But Bush’s real focus is Iran’s nuclear program – which has been the focus of intense U.S. scaremongering.  Albeit less-than-intense negotiating, apparently.

“Repeated concessions and desperate accommodation suggest the Obama Administration will do anything to secure a deal,” Bush wrote.  “And with America playing such a weak hand, why shouldn’t the Supreme Leader squeeze President Obama for more concessions?”

Iran is derided by Bush as a nuclear menace and “the world’s most active state sponsor of terrorism.”  Of course his brother in arms, “Republican” U.S. Senator Lindsey Graham – has suggested greater coordination with the Islamic nation in the hopes of checking the aggression of the Islamic State in Iraq and Syria (ISIS).

You know … these guys.

He says he’s going to eliminate both threats.

“America under our next President will have to deal comprehensively with the threats posed by Iran,” he wrote.  “It must seek to rally the region and the world to pressure Iran to change its behavior.  It must demand conclusive proof Iran has not just delayed, but given up its nuclear weapons ambitions.  It must develop a strategy not just to defeat (ISIS), but also to combat Iran’s malign activities in Iraq and Syria.  It must impose meaningful consequences on Iran for its support of terrorism and its abhorrent treatment of its own citizens.  It must deny Iran the ability to produce longer-range ballistic missiles that will threaten America and its allies.”

And by our “allies,” Bush of course means Israel … a country which barks orders at America even though its military is heavily subsidized by the U.S. taxpayer.

Israel is what all this chest-puffery is about … it’s what it’s always been about.

Look, Bush obviously isn’t going to lose any “Republican” votes championing his love for the “chosen.”  Nor is he going to lose any “Republican” votes pushing an interventionist foreign policy in the Middle East.  But the sad reality is his brother’s costly intervention – and the costly extension of the “War on Terror” under Obama – have actually made our nation less safe.

And while we’re glad Bush has the outlines of a plan for the Middle East, continuing to spend larger sums of money we don’t have strikes us as a recipe for disaster.