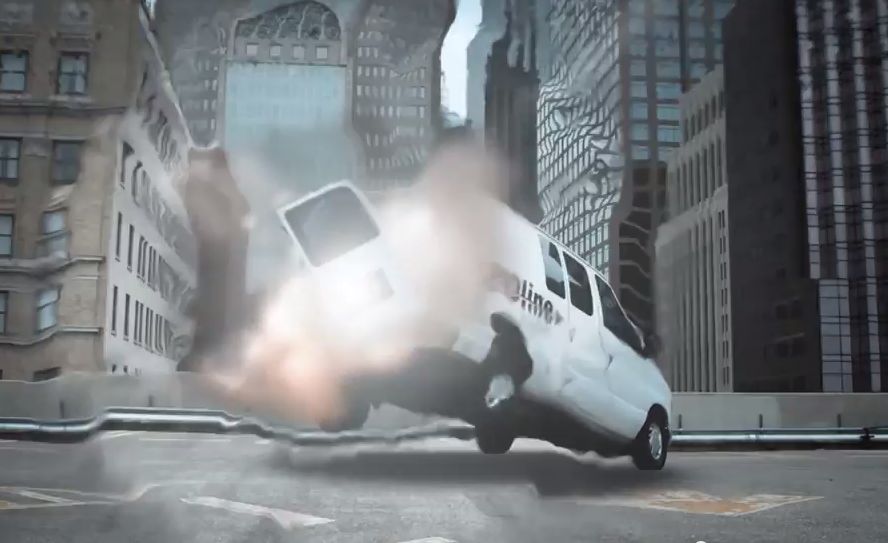 || By FITSNEWS || Since the American people have fallen hook, line and sinker for the U.S. scaremongering related to the Islamic State in Iraq and Syria (ISIS), it’s time now to turn our attention to Iran.

Depending on the day, Iran is either another militant regime America must invade … or an ally in the fight against ISIS.

Wait … how can that be?  Ask conflicted U.S. Senator Lindsey Graham – who is the star of a new commercial funded by the American Security Initiative, a 501(c)(4) that’s led by liberal former U.S. Senators Evan Bayh, Saxby Chambliss and Norm Coleman.

According to this group, an Iranian nuclear attack on the United States is imminent.  Sound familiar?  It should – precisely such an attack has been previously predicted by Graham.  Who as recently as last year was urging the administration of Barack Obama to coordinate the latest “War on Terror” with Iran.

But thanks to these scaremongers, we now get to watch a hypothetical attack unfold from the point of view of a fictitious terrorist …

The point of all this?

This is nothing but senseless, sensationalist scaremongering … and these ex-Senators (along with Graham) should be ashamed of themselves.

The irony?  Interventionist propaganda like this is a self-fulfilling prophecy.  Make no mistake: If America continues provocatively engaging in Middle Eastern fights where we have no business (and which we cannot afford), then those fights most assuredly will come home to us.

Which leads us to believe politicians like Graham – and groups like the “American Security Initiative” – have no intention of making America safer, but rather provoking precisely the sort of attack depicted in their propaganda.

Oh, like Hollywood has not already been putting that idea out there for 50 years in one form or another. Come on – weak weak weak. You just hate Graham – we get it.

Shhh! You have Will figured out.

The voters of SC had multiple choices, any of which would have been better than Graham, even crazy ass T Rav. They will send Graham back as many times as he runs. They really need to institute an intelligence test as a requirement to vote. Also, straight party voting should be abolished.

I was thinking of Caucazoids when I said it. Does that help? I bet whites had more to do with keeping this POS in office for another six than any other group.

Just call him lindsey thurmond, I bet he will live just as long too, defense contractors gonna pay to keep their yes man kicking as long as they can

“The enemy of my enemy is my friend” – I never liked that proverb.

lol…notice the graphics warp surrounding the exploding van…looks like the Matrix is cracking up.

Better send Agent Smith in to fix things and tamp down dissent.

Only old people remember Iran the enemy. If your 35 years old today, you were 10 in 1990, and just being born when the hostage deal was going on. If you 30, you weren’t even born during the hostage deal. If you 25, you don’t even know where Iran is. If your 40, you were five when the hostages were in Tehran. Painting someone as an enemy is a time honored tradition of the GOP in the lead-up to general elections. McCain tried to paint Iran as the “danger zone” in 2008. Romney picked “Mexicans” and in 2000 it was Bush 2 and North Korea. So I guess Jeb and the “establishment” are going with Iran this time. Geesh! Like I don’t have better things to do with my time than run around convinced Iran is going to attack. The Mexicans of 2016 – Islamists!!! Oh My!!!!

I’m scared that the GrandTurnip may break free from his chains and, as was so eloquently stated in ancient tomes, “wreak unfettered havoc amongst the populace and across the countryside…..”

Did you know Iran is leading the battle to retake Tikrit back from ISIL. The Iranian General looks like Sean Connery look-a-like from the SNL 40th Anniversary show – Le Tits Now Alex -for $400.

Yeah, it’s like in 2002, Bush, Cheney, Rumsfeld and not a single neo-con realized that Iraq was and is a majority Shiite country – like Iran – and that Sunni Saddam Hussein was in the minority and ruled via pure force..
Bush’s daddy supported Saddam Hussein in his long war with Iran. You would think his cronies Cheney and Rumsfeld would have remembered the Sunni/Shiite stuff before they upended it.

Rocky, need to recalculate all those years…..Hostage crisis started in 1979 and ended in 1981…………………..in 1991, our first briefing after getting back from The Storm included how big bad Iran and Korea were getting ready to wipe everyone off the face of the earth. Fast forward to today, same ole B.S. about 2 two bit wanna be’s……

Yep, your time frame is screwy.

This scares the shit out of me, and in more ways than just the propaganda machine grinding the bones of the American psyche to believe in such a desolate, and “realistic” future event. Iran would not be pissed off at us if we had never taken the Ayatollah out of power in the first place. Yet, with our meddling in foreign affairs (especially in the middle east) it makes me wonder why Graham would wish harm on the American people. Why do we continue to stick to failed foreign initiatives, and why do we police the world? We were once a great nation, and we didn’t have to be the most powerful. We were rich in innovation, we were ahead of the world in science, mathematics, and education. We’ve slowly devolved into a nearly fascist rule of law that continues to attack the beauty and freedom the Constitution provides us. This is why we, as Americans, need to rise up and call for a constitutional convention. We need to show these war mongering, fear inducing, and sickening elected officials that we won’t stand for them to make money off our pain and misery anymore. We need to have a peaceful, thought provoking, and consciousness
shifting event in which we, as the people, can look beyond the surface
ideas, the non-issues, and the lies that we’re told based on whatever
political bias they find more appealing. We have Article V of the Constitution
for a reason. When the government gets too big, when congress stops
listening, and when we’re failing to uphold the ideals of this nation, we can fix these problems. http://www.archives.gov/federal-register/constitution/article-v.html

Yeah, but doesn’t Congress have to be involved in the process? Even if the state governments decide, we’d be totally fucked in the ass. If states keep people like Jean Toal, Leatherman, and Katrina in power, the manipulation of such would be astronomical in scope. Voting is a fucking joke and a waste of time. Those machines are not more easily manipulated than any other time in history by accident.

I doubt there are enough people with the sense or courage to revolt who are young enough and have stamina enough to make a difference.

Don’t be so pessimistic, because with that kind of attitude we cannot prevail. We need to, as a collective, raise awareness and teach people. We need to stick to a rhetoric of understanding, diversity, secularism, and working together amidst our differences to create a positive change. It’s not so simple, but in many ways it truly is. We already live in a diverse, vast, melting pot. We’ve got many people who’d like to see something like this happen, and I’d like us to take part in the conversation and actually stand up for something, instead of taking everything at face value. It’ can work, just think positively.

Hell, the U.S. used to have the best dictators and despots that money could buy. But, noooo, we had to give those fools in the Middle East full-fledged Western Democracy.

What’s that gotten us?

“What’s that gotten us?”

Hey now, I’ve got my eyes set on that new Ferrari just out.

Republics decline into democracies and democracies degenerate into despotisms. ~ Aristotle

“… if we had never taken the Ayatollah out of power in the first place. ”
What are you referring to?

It seems I was mistaken, as the Ayatollah actually replaced the Shah that we put into power in Iran, not the other way around. Thanks for the catch on my faulty logic, and thus has been edited out.

Until we comes to term with the fact that WE’RE the problem in most world affairs issues, we will continue down our path of destruction, and have no one to blame but ourselves.

Our blind support of Israel, even under Likud and Netanyahu and their oppressive Palestinian policies, is certainly a source of anti-Americanism around the world, even Europe.

This ISIS / ISIL / WHATEVER thing goes back to world war one when the Ottoman empire was broken up by the British and the French. The Ottoman was the last caliphate. These guys are just trying to put this caliphate back together.

All this intervening that we have been doing over there did not start it. We enabled them. Don’t you get it? It enabled the radicals that are coming into power.

We let the Shah go and the radicals in Iran took over there.

Then we got rid of Sadam and now radicals are trying to take over Iraq.

We were also giving guns and ammo to the guys trying to kick Assad out of power. That’s what Bengazi was all about.

So once Assad is gone then ISIS will have Iraq and Syria. They they will start working their way North and South. They are also busy in Tunisia and Libya and Egypt.

I agree we need to get out of there and bring our weapons and our people home. Close our embassies and just let them go to town on each other. Strengthen our defenses here at home.

Yeah … As if congress is the only outfit that can “save” Us.

“Folks, we are going to pass the collection plate around again. …”